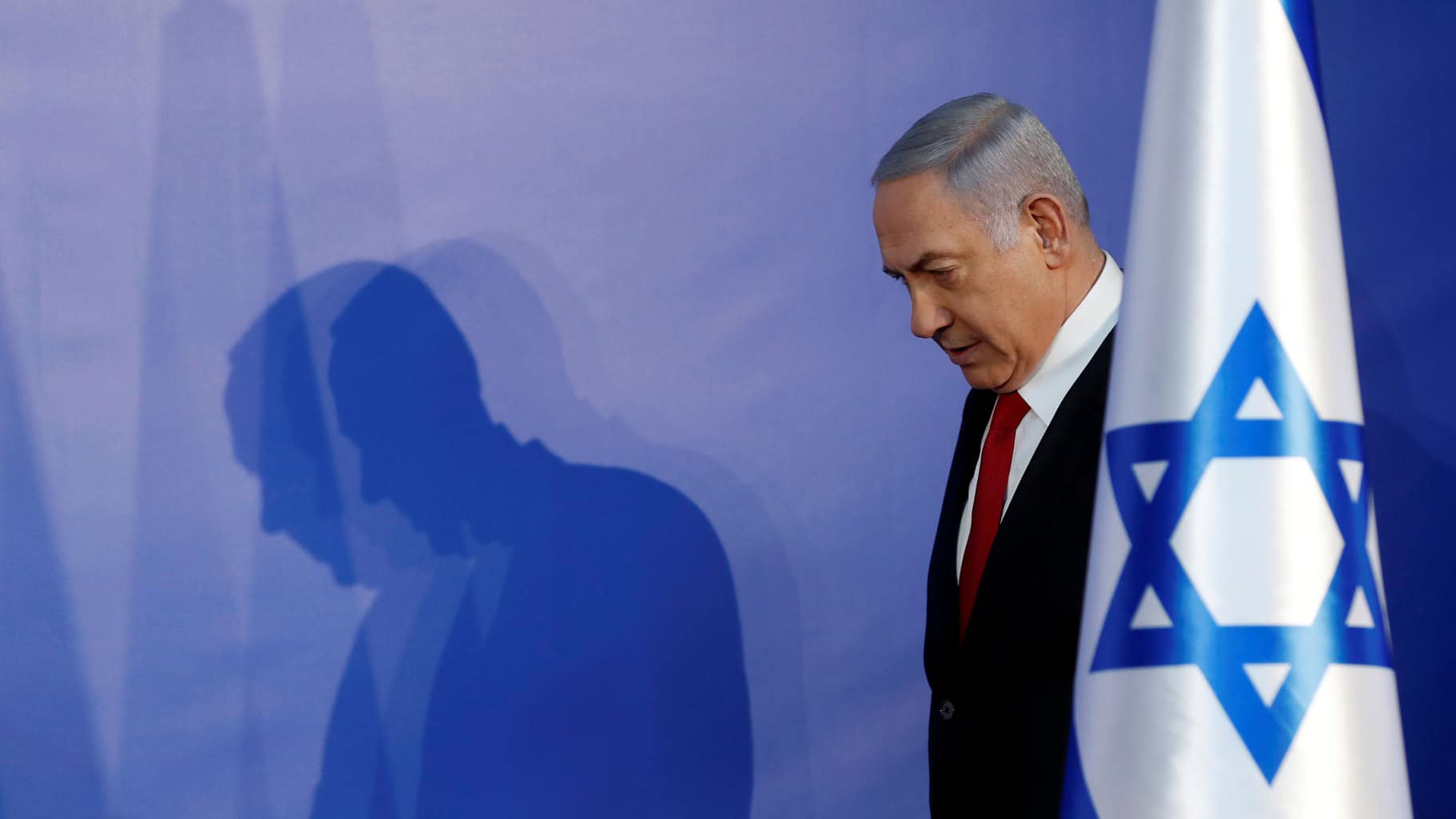 “Israeli Prime Minister Benjamin Netanyahu will be indicted on bribery and breach of trust charges arising from three separate corruption investigations, pending a hearing, Israel’s attorney general announced Thursday evening,” CNN reported on February 28th putting an end to months-long speculation surrounding the matter. An added element to the corruption charges is their timing, Israeli elections are on the docket for April.

Netanyahu has adamantly denied the charges which may hamper his re-election bid. His main challenger Benny Gantz has called on Netanyahu to resign, while members of Netanyahu’s far-right wing Lukid party have defended the Prime Minister with ‘innocent until proven guilty’ rationale.

Why Netanyahu Was Indicted?

From the CNN report:

In the first case, known as Case 1000, Mandelblit [Attorney General Avichai Mandelblit] intends to charge Netanyahu with breach of trust. Case 1000 deals with alleged gifts Netanyahu received from overseas billionaires totaling 1 million shekels (approximately $280,000), including cigars, champagne, jewelry and more. The alleged transfers occurred between 2007 and 2016. In exchange for the gifts, investigators say Netanyahu tried to advance a tax break that would have benefited the businessmen.

“Case 2000 deals with alleged negotiations between Netanyahu and Arnon “Noni” Mozes, the owner of one of Israel’s largest newspapers, Yedioth Ahronoth. Investigators say Netanyahu requested more favorable coverage in exchange for limiting the circulation of Yedioth Ahronoth’s largest rival, Israel HaYom, a free daily owned by right-wing mega-donor Sheldon Adelson that is viewed by critics as a Netanyahu mouthpiece,” the report continues as it details further allegations against the Israeli Prime Minister.

The Jerusalem Post outlined the charges in Case 400 against Netanyahu, “The first premise is that Netanyahu fired Communications Ministry Director-General Avi Berger and hired his loyalist and ex-campaign manager, Shlomo Filber, to ensure a government policy improperly favored Elovitch’s interests in Bezeq.” The outlet would continue, “The second premise is that in exchange for the positive treatment for Bezeq, Netanyahu and his wife, Sara, directed Elovitch’s online news site Walla! to give him favorable coverage.”

The New Yorker reports, “Polling conducted by major television channels after the charges were announced show Blue and White winning a half-dozen more Knesset seats on April 9th than the Likud.” Their analysis begins of the electoral situation Netanyahu’s party faces. “More important, in the polls, the Likud’s bloc now falls just short of a Knesset majority. The finance minister Moshe Kahlon, the leader of Kulanu, one of the parties on which the Likud relies, is hinting that he would entertain joining a government led by Blue and White.”

The Blue and White coalition is a centrist alliance between the Israel Resilience Party, Yesh Atid, Telem which aims to amend the controversial Nation-State Bill to include an article which guarantees all citizens of Israel civil equality. While the three parties do not agree on every issue, they have negotiated several aspects of their platform with the common goal of taking the Knesset majority away from the Lukid party.

The charges against Netanhayu increase the chances of Blue and White to alter the landscape of Israeli politics. However, with the powerful lobby behind Prime Minister Netanyahu, they still face an uphill battle if they are to achieve victory in April.

While the United States media often portrays Israel as being firmly behind Netanyahu, the Lukid party, and the Cultural Conservative agenda of each entity — the reality of politics in the nation is far more nuanced. As seen by the indictment and continued opposition against Netanyahu, many Israeli citizens would like to see a change in the political landscape of their country.

The next few months will be crucial for the future of Israeli politics.