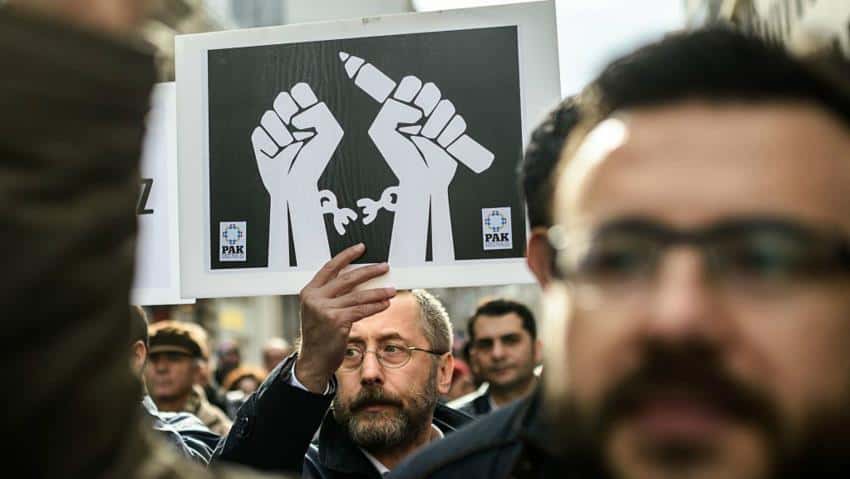 Former campaign chairman for President Trump, Paul Manafort, was sentenced to approximately 4 years in federal prison for tax and bank fraud on Thursday — much less than the 24-year maximum recommended by prosecutors.

The sentence also mandates three years of probation after completion of prison time and that Manafort pays $24 million in restitution as well as a $50,000 fine.

Manafort — who is 69 — was wheeled into Thursday’s hearing in a wheelchair. “To say I am humiliated and ashamed would be a gross understatement,” he claimed to the court.

According to a report by NBC 7 San Diego, leaked documents show the U.S. government created a database to track individuals involved in activities related to the Central American migrant caravan at the U.S. southern border.

The documents — titled “San Diego Sector Foreign Operations Branch: Migrant Caravan FY-2019, Suspected Organizers, Coordinators, Instigators and Media” — were reportedly leaked by a Homeland Security source under condition of anonymity. They listed journalists and other immigration advocates, including attorneys and activists, many of whom claimed they were subsequently targeted and scrutinized intensely by border agents following coverage of the caravan.

Varying levels of information was gathered about the individuals. Some had dossiers written about them which included the type of vehicle they drove and names of family members.

Customs and Border Protection responded to the report through a statement in which they claimed they were monitoring the listed individuals “in preparation for, and often to prevent future incidents that could cause further harm to the public, our agents, and our economy.”

Staff attorney with the ACLU’s Speech, Privacy, and Technology Project said: “This is an outrageous violation of the First Amendment. The government cannot use the pretext of the border to target activists critical of its policies, lawyers providing legal representation, or journalists simply doing their jobs. We are exploring all options in response.”

On Thursday, all 28 European Union member states and a group of other countries signed a statement to condemn Saudi Arabia over a startling record for human rights violations.

The statement requested that the kingdom release a number of activists who are currently jailed in the country and cooperate with an investigation into the October 2018 murder of Saudi journalist Jamal Khashoggi. According to the statement, “the circumstances of Mr. Khashoggi’s death reaffirm the need to protect journalists and to uphold the right to freedom of expression around the world.”

Jared Kushner and the Crown Prince

This week, Trump’s son-in-law and White House adviser Jared Kushner traveled to Saudi Arabia, allegedly to discuss a plan to resolve the conflict between Israel and the Palestine and US economic development the Middle East.

Kushner reportedly dismissed government customs and discussed the U.S. and Saudi cooperation with Salman in a meeting without the presence of a representative from the U.S. Embassy.

Multiple sources from the embassy in Riyadh reported they were not provided the details of Kushner’s visit.

Multiple reports this week alleged that President Trump personally pushed through security clearances for both his daughter, Ivanka Trump, and her husband, Kushner — in spite of warnings from top officials.

The couple both have raised concerns over potential foreign influence, a key factor in decisions regarding approval of security clearances.

Ivanka has repeatedly stoked ethical concerns over her business dealings with China while serving as a representative of the U.S. government. Last year, Chinese President Xi Jinping granted initial approvals for three trademarks for Ivanka’s business the very same day he dined with her at President Trump’s Mar-a-Lago resort.

A lawsuit filed last year by Democracy Forward — a nonprofit watchdog group — alleged that Saudi Arabia steered money to Kushner’s companies for political favors. They alleged that Kushner’s relationship with Salman left the White House in a state of compromise. The group pointed to a report that quoted Salman as saying that Kushner was “in his pocket.”

Furthermore, Kushner supported a blockade of Qatar after the country backed out of a real estate business deal with his family, which many viewed as retaliation.

Citizens for Responsibility and Ethics in Washington — another watchdog group — filed a request with the Inspector General for the Intelligence Community this week to open an investigation into Kushner’s security clearance in response to the reports. The request raises the question of “whether Mr. Kushner’s top-secret clearance presents a threat to national security.”