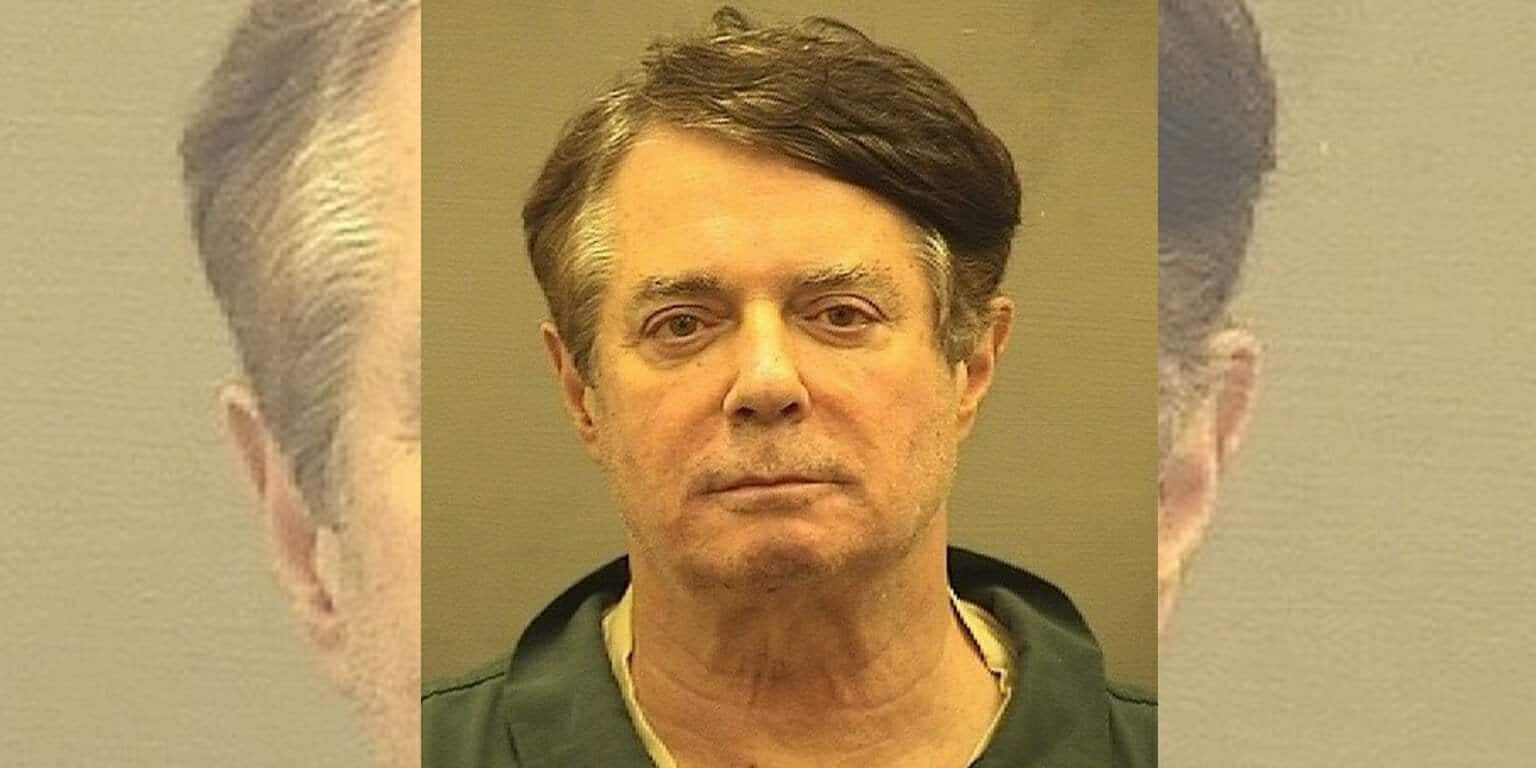 Paul Manafort was sentenced to an additional 4.5 years prison for two counts of criminal conspiracy related to Robert Mueller’s investigation into Russian interference in the 2016 presidential election. This time will be added to the almost 4 years for tax and bank fraud Manafort received from a federal judge in Virginia last week.

Even though a portion of the sentences will be served concurrently and his time served will be far less than recommended by prosecutors, 69-year-old Manafort is looking at the possibility of spending most — if not all — of the rest of his life in prison. During sentencing in D.C. today, Manafort asked the judge for leniency by pleading, “I will be 70 years old in a few weeks. My wife is 66. She needs me. I need her.”

Federal judge Amy Berman Jackson responded by saying Manafort failed to provide “an inspiring plea for leniency” for someone who had spent so much of his life “gaming the system.”

The question remains if 7 years in jail, even at an advanced age, really serve justice to a man who has spent a lifetime playing dirty.

A Lifelong Friendship with Roger Stone

Manafort managed Stone’s candidacy for chairman of the Young Republicans in the late ’70s, a time when the organization (for registered Republicans of certain ages) was potently influential. Stone’s competitor eventually dropped out of the race, reportedly due to the barbarism of Manafort and Stone’s campaign against him. The team was known to stop at nothing, and their ruthless nature created notoriety and influence for them in the political world.

Stone and Manafort teamed up again around the time Ronald Reagan won the presidency, this time to provide lobbying, consulting, and public relations services through the firm Black, Manafort and Stone. Time magazine called the operation “the ultimate supermarket of influence peddling.”

The group made millions by representing people that hardly anyone else would.

Through the firm, Manafort helped introduce foreign lobbying to the American political landscape. His client base included many dictators who hoped to polish up their American image so that brutal tendencies towards their own citizens might be more easily concealed.

Black, Manafort, and Stone represented dictatorial governments, including Nigeria, Kenya, Saudi Arabia, and Somalia, and their business was scrutinized in a scathing report called The Torturers’ Lobby in 1992. The Center for Public Integrity released the report to examine bought representation in Washington D.C. for nations known for human rights abuses.

The report notes, “Kenya received $38 million in U.S. foreign aid and spent over $1.4 million on Washington lobbyists to get it. Nigeria received $8.3 million and expended in excess of $2.5 million. Whom did both countries call upon to do their bidding before the U.S. government? The lobbying firm of Black, Manafort, Stone, and Kelly Public Affairs Co. which received $660,000 from Kenya in 1992-1993 and $1 million from Nigeria in 1991.”

It is also written in the report that “a spokeswoman for Black, Manafort, Stone, and Kelly told the Center that the firm does not “attempt to explain away” concerns about human rights.”

Arguably, no client greater illuminated the blind eye the firm was giving to human rights issues than Jonas Savimbi — an Angolan leader whose army was known for brutality against women and children. He retained the firm and was prepared through monthly briefings for a 1986 image-boosting trip to Washington — which was a success.

The Torturer’s Lobby Report states that during a 31-year civil war, Savimbi and other parties engaged in “gross human rights violations, including the mass killings of political dissidents, according to Amnesty International.” The report alleges he was a “brutal murderer who even had two of his own aides killed because he viewed them as rivals.”

Savimbi paid the firm of Black, Manafort, and Stone $600,000 in 1985 to help script a more refined global perception for him. When peace was finally becoming a possibility in the war, the firm helped secure arms for Savimbi to push forward with his military campaign for another decade because his ongoing rebellion was good for their business. Hundreds of thousands of more lives were lost in the prolonged conflict.

It was Manafort’s work with Russian oligarch Oleg Deripaska and Ukranian president Viktor Yanukovych which led to him accruing a debt he couldn’t repay and finally earning a tarnished reputation. Deprisaka loaned him $100 million for a project and he was relying on money owed by Yanukovych for work on his presidential campaign to pay Deprisaka back. Unfortunately for Manafort, he never received payment from Yanukovych due to FBI investigations into both of their finances and never could fulfill his promise for repayment.

By the end of 2014, Manafort was in massive debt and no one would hire him. He still began taking out loans to sustain his lifestyle.

Though Manafort pleaded with the judge to allow him to stay with his wife, he was caught in an affair in 2015. The relationship was discovered by his daughters and had apparently already been going on for some time according to hacked texts. The woman was 30 years younger than him and he had been married for decades.

After being caught, Manafort began couple’s therapy with his wife but continued being unfaithful. His mistress documented her luxurious exploits with him on social media and was well kept during the affair according to Manafort’s daughters’ texts. Manafort paid for her to have a $9,000 a month Manhattan apartment, a house in the Hamptons near his own, and gave her an American Express card for personal use.

The fallout from his affair and financial decline led to an emotional breakdown.

All of these things led up to Manafort’s work managing Donald Trump’s 2016 presidential campaign, a position he sought as a comeback that ended up being the catalyst to his inevitable downfall.

Manafort’s firm represented Trump when he set out to keep planes from flying over his Mar-a-Lago resort in the ’80s, and Manafort had an apartment in Trump Tower where he would sometimes see and make small talk with the mogul. These encounters gave Manafort enough insight into Trump’s personality to offer him his services as a campaign manager for free when he recognized an opportunity. Though he may not have asked to be paid directly by Trump, he hoped to use the position to secure payment through other ventures.

Trump brought Manafort on as campaign manager and he ultimately was an important part of the vicious machine that created the even more vicious Trump presidency.

However, it was due to his work on the campaign that investigators looked closely enough to discover that during his time in Ukraine he’d been hiding dozens of overseas banks accounts and tens of millions of dollars from U.S. tax officials. This led to the bank and tax fraud charges that got him almost 4 years in his Virginia case.

It was also eventually discovered that he lied to federal investigators about communications with foreign contacts, including sharing polling data with an individual with ties to Russian intelligence. For this prosecutors recommended 19 to 24 years in prison, so getting under 4 years was kind of a steal.

Furthermore, Manafort never disclosed to the U.S. government that he was lobbying for a foreign government in Ukraine — hence the conspiracy charges which earned him additional time today.

If not for his seat as campaign manager of the Trump 2016 presidential campaign, Manafort may have been able to continue these schemes without arousing suspicion.

Manafort’s friendship with Trump may still prove beneficial nonetheless. The president has reportedly been weighing the idea of a pardon, stating in a press conference that he has always known Manafort “to be a good man.”

UPDATE: Paul Manafort has been indicted in New York in relation to a mortgage fraud scheme and is accused of falsifying information to receive millions of dollars illegally. If convicted, he could be sentenced to an additional 8 to 25 years in prison according to NBC News.