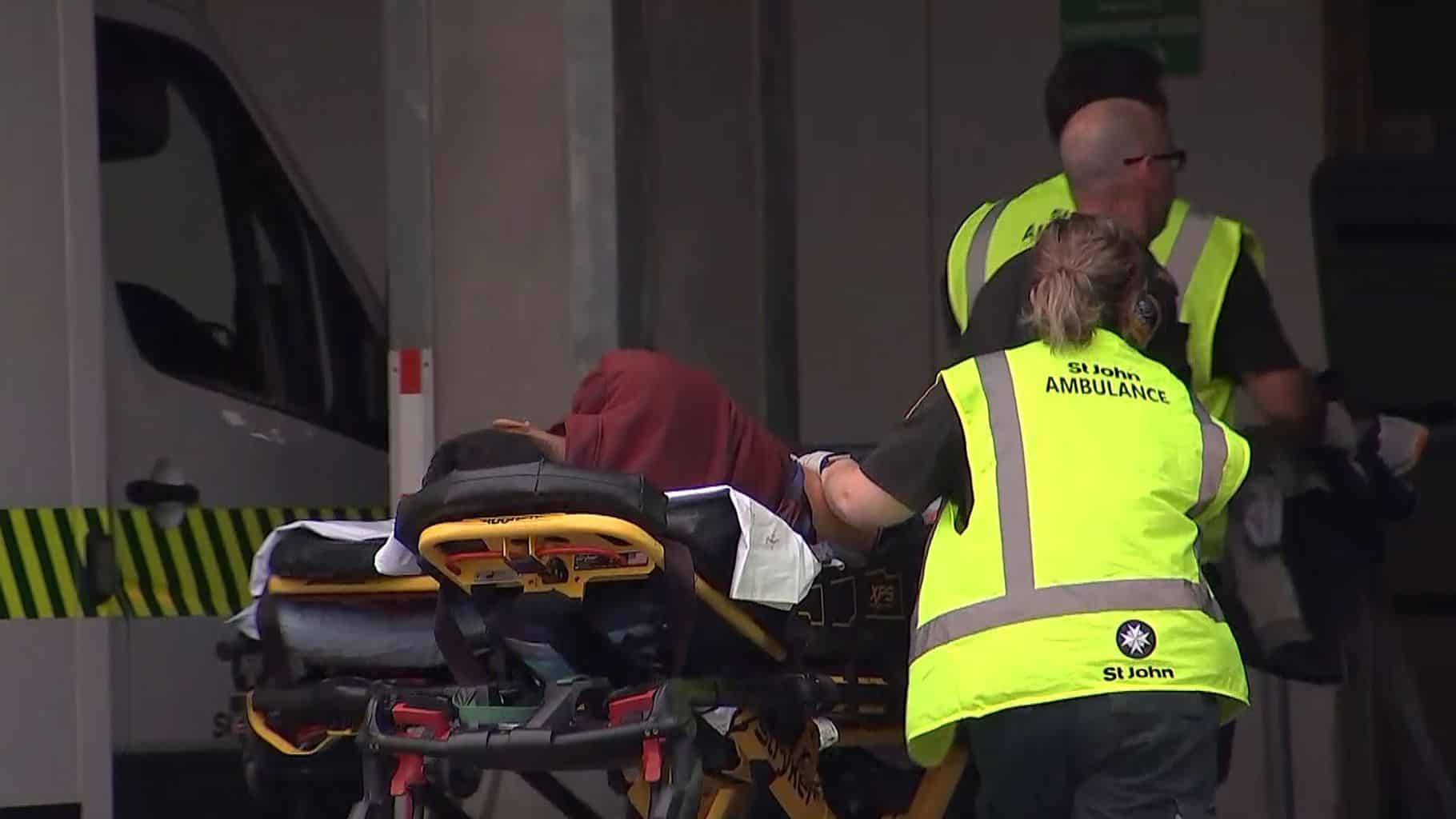 At least 49 people were killed and many others were seriously wounded in a shooting attack at two mosques in Christchurch, New Zealand on Friday. The shooter had a documented hate towards immigrants, particularly Muslims, and he targeted them in the shooting spree — the deadliest in the country’s history.

The gunman — a 28-year-old man from Australia — was charged with murder and detained after police found and arrested him within an hour of the first report. Three other people were arrested in connection with the attack but one has since been released. Other charges are anticipated in the near future.

The shooter who has been charged posted a nearly 90-page manifesto online which he also emailed directly to the prime minister. The document contained white supremacist rhetoric and references to memes. He also streamed a video of the rampage live on social media as it was happening.

The gunman referred to President Trump — who enacted a travel ban on individuals from mostly Muslim countries — as a “a symbol of renewed white identity.” Trump has denounced any connection and denied that white nationalist terrorism is a rising threat.

Prime Minister Jacinda Ardern announced at a news conference that New Zealand “gun laws will change” and it has also been proclaimed that semi-automatic weapons will be banned. In regards to the suspect, Ardern told reporters in Christchurch that “it absolutely was his intention to continue with his attack” but he was fortunately too quickly apprehended.

It is known that the gunman used two semi-automatic guns which had been modified, but further details about the weapons used have not been made available.

The accused parents paid coaches on sports teams to admit their children as athletes even though they were unqualified. The individuals paid up to $6.5 million to ensure admission to schools such as Stanford University, the University of California at Los Angeles, Wake Forest University, and Georgetown.

The scheme worked by using an admissions consultant to bribe the coaches. Once the bribe was accepted, a fake profile was created to provide the student with an illusion of deserving athleticism. College entrance exams were faked by bribing exam administrators to allow someone to answer the questions in the student’s place.

The schools involved are notoriously hard to get enrolled in and carry high tuition costs. Some parents pay thousands of dollars for tutors to help their kids prepare for SATs and other college admission exams in order to get accepted.

President Trump’s declaration of emergency was made in order to secure billions of dollars in funding for a border wall he claims is urgent to the safety of America. Congress repeatedly rejected prior attempts by Trump to redirect the resources needed to fund construction and their resolution is the latest signal that the president lacks their support in building the wall.

“Congress has the freedom to pass this resolution and I have the duty to veto it. And I’m very proud to veto,” Trump told reporters in the Oval Office.

A dozen Republicans joined in approving the joint resolution, which Trump vetoed in the Oval Office with supporters and cameras present.

Venezuelan opposition leader Juan Guaidó has been accused of involvement in sabotaging the country’s power grid. Venezuela’s chief prosecutor asked the supreme court to investigate the case against Guaidó, which allegedly involves messages meant to incite robbery and looting during the blackout — which left 21 dead.

Current president Nicolás Maduro also accused President Trump of being involved in the “electromagnetic attack” and an even bigger plot to remove him from power. Maduro claimed the attack was perpetrated in order to create “a state of despair, of widespread want and of conflict” that would justify U.S. intervention and occupation of the country.

Meanwhile, U.S. Secretary of State Mike Pompeo announced that all diplomatic staff will be vacating the U.S. embassy in Caracas due to “the deteriorating situation” and the conclusion that presence at the embassy “has become a constraint” on American policy.

Brexit May Be Delayed

The United Kingdom may remain a part of the European Union longer than anticipated. MPs voted by a majority of 211 for Prime Minister Theresa May to request a delay to Brexit, which is currently scheduled for March 29.

May seeks to have the departure take place on June 30 instead and signaled that if she is not backed in another vote next week then she will ask for an extension.

May offered MPs a chance to vote on the delay after they twice rejected her withdrawal agreements and a “no deal” Brexit — which would see the split happen without the agreed upon transition period but with anticipated problems and confusion for citizens.

The prime minister voted to delay Brexit, though she long claimed that the departure would happen as scheduled with or without a withdrawal agreement. May is expected to present her withdrawal agreement for a third vote next week and has said she will request an extension if it is again rejected.

2 Rockets Fired at Tel Aviv from the Gaza Strip, Israel Responds with 100 Target Strike Against Hamas

In what the Iraeli military has come to believe was a mistake made during routine maintenance, two rockets were launched at an Israeli metropolis last week.

The missiles were fired towards Tel Aviv from the Gaza Strip, activating Israel’s missile defense system in response. The Israeli army claimed that 100 targets were hit, including facilities where rockets and drones were built for Hamas.

More missiles were subsequently fired in the direction of Israeli border towns but most were stopped. Health officials reported four injuries in Gaza but no injuries have been reported from Tel Aviv and Israel.