Weekend Review: Dems May Hold Barr In Contempt Of Congress ​ 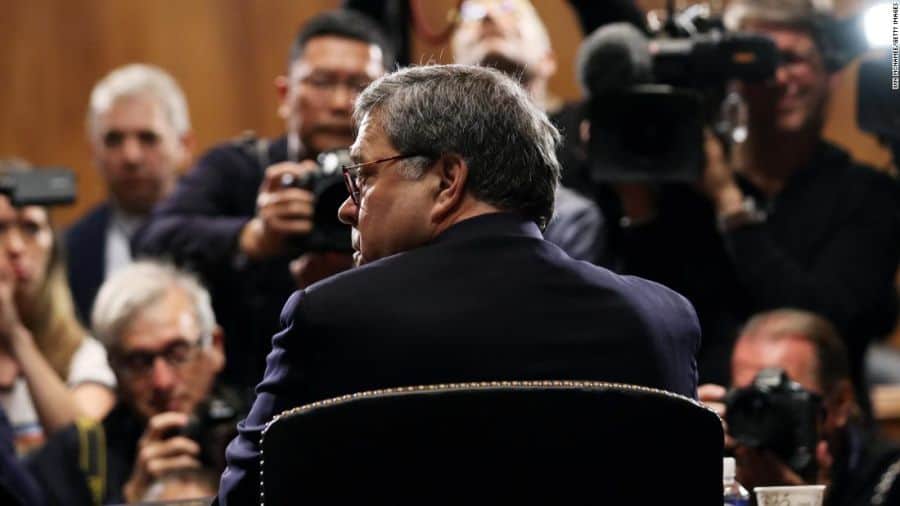 Barr was scheduled to appear on Thursday and answer questions regarding the Mueller report. While he did provide several hours of testimony on Wednesday, he refused to appear again for further questioning by committee attorneys.

During his testimony on Wednesday, Barr emphasized that he had not absolved President Trump of guilt but had concluded that there was no undeniable proof of obstruction.

Barr stated, “I didn’t exonerate. I said that we did not believe that there was sufficient evidence to establish an obstruction offense which is the job of the Justice Department.”

In addition to Barr’s noncompliance with the committee’s request for further testimony, the Department of Justice refused to adhere to the committee’s subpoena requesting a copy of the full Mueller report without redaction. The department claimed in a letter that this decision was to protect the integrity of the investigation.

The committee’s chairman, Rep. Jerrold Nadler of N.Y., said he would allow Barr a few days more to produce the unredacted report before taking “steps to enforce the subpoena” such as contempt proceedings.

Speculation continues that lawmakers are hoping to open an impeachment inquiry into President Trump to more easily compel cooperation from the executive branch.

North Korean leader Kim Jong-un ordered testing of missile components, overseeing as “a number of short-range projectiles” were fired into the Sea of Japan on Saturday.

State media announced that the firing was intended to enhance ability to “defend the political sovereignty and economic self-sustenance” of North Korea.

The test may have been a result of Kim’s annoyance over stalled negotiations regarding economic sanctions placed on the country by the U.S. Those sanctions are anticipated to remain effective until the North Korean nuclear weapons program has been fully dismantled.

The tests also raise concerns for South Korea, who reached a military agreement with North Korea last year when each promised to end “all hostile acts” against the other.

South Korea released a statement to allege the North was violating that agreement and express significant alarm over escalated military tensions.

President Trump, on the other hand, seemed less disturbed and tweeted that he believes a deal between the U.S. and North Korea could still happen.

The two main parties both experienced serious losses this week in the England elections.

Conservative Prime Minister Theresa May and Labour leader Jeremy Corbyn are reportedly prepared to continue cross-party negotiations on departure from the European Union via Brexit, in spite of the losses.

Many have spoken out in favor of May being removed from office, even interrupting her during a speech to call on her to resign.

A plan by the opposition to force Nicolás Maduro to relinquish presidential powers to Juan Guaidó failed this week.

Guaidó called for a military uprising against Maduro on Tuesday, but the military did not comply and Maduro has not been unseated.

Guaidó claimed an interim presidency after Maduro’s win in the country’s elections was disputed as fraudulent in January, and he is supported by the U.S. and many other countries.

The U.S. government is reportedly considering military intervention in order to secure a transfer of power to Guaidó.