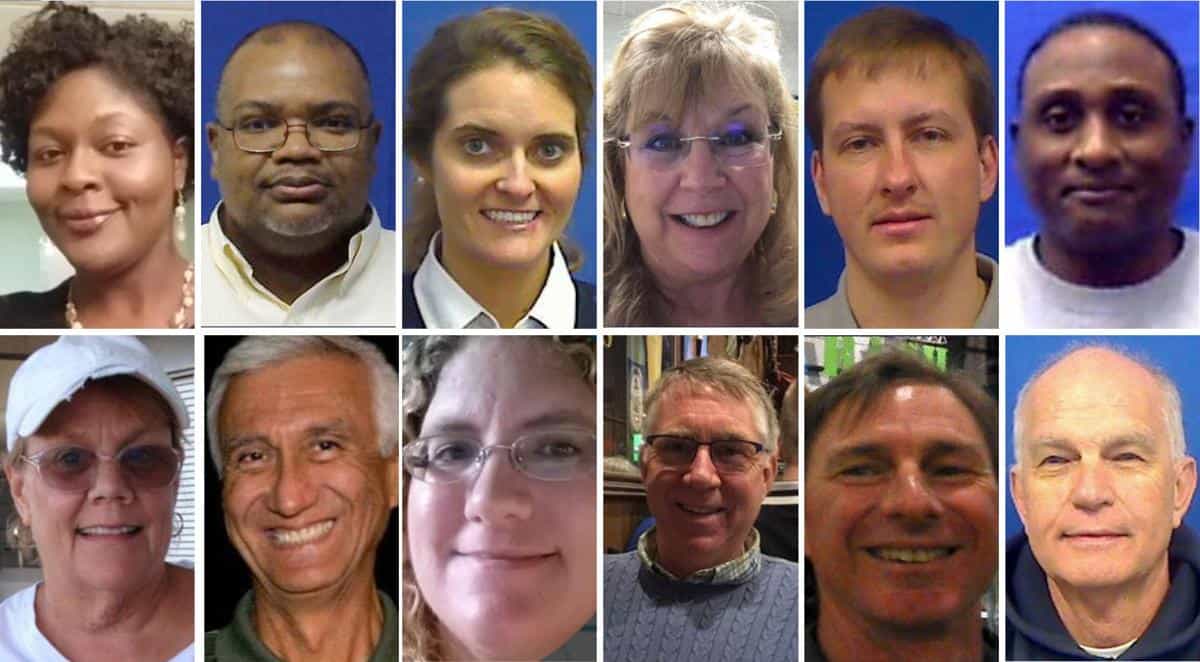 The epidemy of gun violence in the US continues as a disgruntled city employee opened fire in a Virginia Beach municipal building, killing 12 people before being shot dead by police.

The suspect has been identified as a public utility worker who was in the city job for 15 years. He also served in the National Guard and reached the rank of a specialist before his discharge in 2002.

The police found two legally purchased 45 caliber pistols at the scene which were purchased in 2016 and one in 2018. The pistol had a suppressor and several empty extended magazines. The Investigators found even more weapons in the gunman’s home according to police Chief, James Cervera.

Of the 12 victims, 11 were employees of the city. One victim was discovered outside in a car, and the rest were inside the building on three different floors.

Police responded and engaged the shooter in a “long-term gun battle” which resulted in the suspect’s death, according to Virginia Beach police.

Close to Virginia Beach in Portsmouth, four people were shot and one man died early this morning.

According to the crowdsourced Mass Shooting Tracker, 49 people were killed in mass shootings last month for a total of 199 deaths so far this year.

Earlier in the week, the governor of Louisiana signed a ban on abortions after a detectable heartbeat, generally six weeks of pregnancy. The state is the fifth this year to pass a “heartbeat bill” but is the first state to have a Democratic governor sign the law into effect.

Missouri also recently passed a strict abortion law through their Senate. However, a judge in St. Louis ruled this week that the last clinic to offer abortion procedures in the state could remain open.

Missouri officials were going to allow the Planned Parenthood clinic’s license to lapse, but a restraining order against the state was requested on behalf of the facility. The judge wrote he granted the temporary order to “preserve the status quo and prevent irreparable injury.”

If the judge had allowed the state to revoke the clinic’s license, Missouri would be the first state to effectively ban safe abortion since Roe v. Wade.

So far in 2019, approximately 350 pieces of legislation meant to restrict abortion access have been introduced and bans of various sorts have been signed in 10 different states.

In the current debate on abortion, there are many who support the idea that the choice to have the procedure is a right provided by the Constitution. In fact, this was legally confirmed by the U.S. Supreme Court in 1973 in the landmark Roe v. Wade case.

The premise of this argument is that all Americans are guaranteed a right to privacy, and since abortion is a private medical choice, it is subsequently protected by the fourteenth amendment.

Those who argue against the availability of abortion put the highest value on the life of the unborn. They define life as beginning at conception and argue that abortion is comparable to murder.

This reasoning is used to justify the rash of new laws being signed across the country which do not allow a woman — even one impregnated by a rapist — the option to abort.

The bans are facing legal challenges in every state that has enacted them, but is that the point?

With two more conservative judges on the Supreme Court, many speculate that some legislators — and their financial handlers — are ready to reignite the legal fight over abortion rights.

The current SCOTUS configuration may be primed to overturn Roe v. Wade and ban abortion on a national level.

In spite of the enactment of bans across the U.S, abortion currently remains legal in every state.

On Wednesday, Special Counsel Robert Mueller announced that he is stepping down from his role in the Justice Department — bringing to close an honorable career in law enforcement.

Mueller spoke to reporters regarding his resignation and used the opportunity to address some of the misunderstandings of his report on Russia’s interference in the 2016 presidential election.

First, Mueller said that if his team “had had confidence that the president clearly did not commit a crime,” then they simply “would have said so.” This obviously contradicts claims by the president and his administration that he was fully and finally exonerated of any crime by the report.

Mueller added that “to formally accuse a sitting president of wrongdoing,” the Constitution requires “a process other than the criminal justice system.” In other words, he was not permitted, even by his role in the Justice Department, to bring charges against Trump.

The president tweeted in his own defense, claiming “nothing changes from the Mueller report” and “the case is closed!” His argument is that “insufficient evidence” proves innocence, but Mueller essentially said the evidence was there — what was lacking was authority.

President Trump threatened to place tariffs on all imports from Mexico if the country will not stop migrants from crossing the border into the U.S.

The president had reportedly been warned against such an action by many people close to him in the administration and has faced criticism for the threat from U.S. lawmakers who find it alarming.

The tariffs would reportedly start at 5% on June 10th and increase to 25% by October.

Former U.S. Ambassador to the U.N. Bill Richardson — who is also former governor of New Mexico — called the tariffs a “wrong policy…based on the president’s impulse.” He added, “It’s going to hurt our ranchers, our agriculture people, our farmers. It’s going to be devastating.”

China has threatened to release a “hit-list” of unreliable foreign firms, which some see as a retaliation that could escalate tensions with Trump and his administration.

Death and Destruction in Syria

Ongoing conflict between the Syrian government and rebel forces has led to another bombing which has killed children and displaced large numbers of citizens in the province of Idlib.

The Syrian government has launched similar strikes in recent weeks in attempts to weaken what seems to be the last rebel stronghold. Inexcusably, 160 civilians — many of them children — have been killed and an estimated 270,000 people are now without homes.

One resident reported to CNN that six separate bombs hit at the same time Muslims would hold their sunset prayer for “iftar,” the time when daily fasting for Ramadan can be broken.

Those who are already hungry from abstaining all day from eating now also struggle to find food to break fast due to the destruction.

There is no place people living in the area can go to find peace or security from the government’s efforts to exterminate remaining rebels. According to U.N. Assistant Secretary-General for Humanitarian Affairs Ursula Meuller, the endeavor is a “humanitarian disaster unfolding before our eyes.”