Lagos: Nigeria’s Economic Hub And A Hell-Hole For The Poor 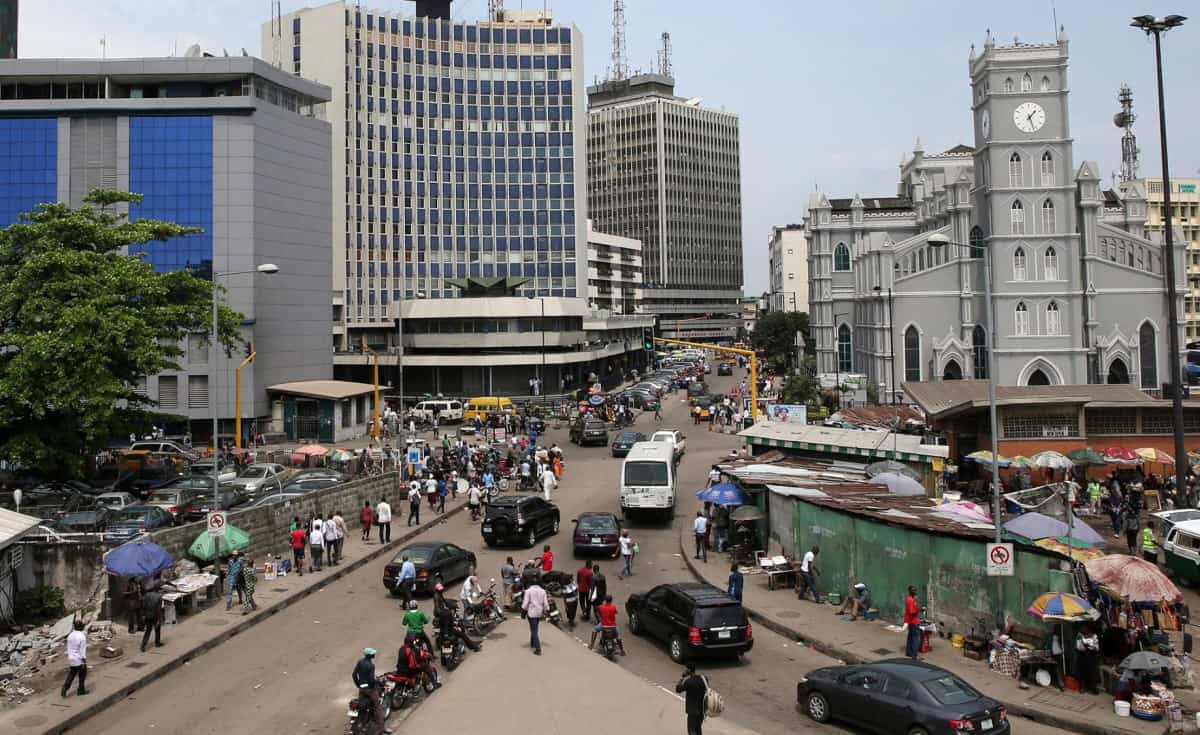 Nigeria’s rural-urban figures are swelling at the tick of every second, stretching the population strength of urban cities, like Lagos, notching up the cost of living and making life miserable for the poor residents.

About 6 pm on a cool evening, a group of children within the age range of 10-12 years packed themselves along an untarred street in Ajah, a densely populated suburb in Eti-Osa Local Government Area of Lagos, Nigeria’s commercial hub, playing football/soccer.

The area, a slum for low-income earners who could not foot the huge rent of standard building in Lagos, looked uninhabitable. Surrounding the area were several refuse dumpsites, clogged drainages, bushy environment and stagnated murky-water oozing out putrid smells.

But the children looked unperturbed by either of this. Lost in their own world, they smiled, giggled at interval before finally retiring into their various shanty- the predominant type of house in the area.

This is where James Lukpata lives with his wife and two kids. In 2008, he left Yala, his home town in Cross River State, in the South-South region of the country for Lagos in search of better opportunities.

While he is yet to secure his ‘dream job,’ Lukpata is being confronted with huge bills on daily basis: expensive transport fare, huge electricity bill in addition to his traditional responsibility of providing for his family, a culture deeply ingrained in most African societies, even though some have started challenging the age-long practice.

Swathes of Lagos residents are facing similar tough times coping with the high cost of living in the city. Poverty is rife in Nigeria, with many families often struggling to afford three-square meals per day. Nigeria’s is home to over 200 million people according to the National Population Commission (NPC), a leap from its 2018 population which stood at 198 million.

The country is Africa’s most populated country, and seventh globally. Nigeria’s swelling population poses great threat to its resources, which have largely been neglected and untapped due to bad governance and increased activities of insurgents and other militant groups. By 2050, the Nigeria is estimated to become the third most populated country in the world- surpassing the population of the United States of America- according to a UN Department of Economic and Social Affairs report.

The country’s ballooning population has continued to generate concerns, especially given that many Nigerians are grappling with extreme poverty. A of Governor of Delta State, one of the oil-rich areas in the country, Dr. Ifeanyi Okowa, recently warned that Nigeria is “sitting over a keg of gun powder” over its population growth which is hardly commensurate with its economy.

“It is a big problem for the nation because if nothing is done, there would be a crisis. We must first start with planning for the population. The increasing population is negatively affecting our development and security,” he had said.

Nigeria is presently the poverty capital of the world, with half of its population living below $1.90 a day, according to a projection by World Poverty Clock, compiled by Brookings Institute. Early this year, it was estimated that over 91 million Nigerians are now living in extreme poverty. The report, released by World Poverty Clock revealed that “at least three million Nigerians have slipped into extreme poverty between November 2018 and February 2019.”

The situation has fueled rural-urban migration, across the country, stretching the population strength of urban areas. In 2018, the NPC disclosed that Nigeria’s urban population growth stood at an average annual growth rate of about 6.5 percent.

Lagos is one of the most sought-after cities in the country. It is the largest commercial city in Africa, and the 7th fastest growing city in the world according to a Heinrich-Boll-Stiftung (HBS) Foundation research. The State currently has a population of about 22million people with the figure expected to hit 35 million in 2020. Its population is estimated to be growing 10 times faster than that of New York and Los Angeles, and more than the population of 32 African nations combined.

Lagos’s increasing population has left various challenges for its poor residents, chief among which is the high cost of living in the State. A 2018 Global Liveability Index report released by The Economist Intelligence Unit and World Bank, ranked Lagos as the third worst city to live in the world, only better than Syria and Bangladesh, two cities which have been grappling with several unrests. Five key indicators taken into consideration by the ranking included: Political and Social Stability, Education, Culture, Environment, Infrastructure and Access to Healthcare.

With little or no regulation, commercial drivers and motorcycle operators popularly-known in local parlance as Okada, are being sapped financially by government’s revenue collection agencies as well hoodlums at various motor parks. This has made the cost of transportation in Lagos unnecessarily alarming and unpredictable- a situation which has negatively affected the poor residents of the state. Government has introduced various transportation schemes to address the situation, but they only have minimal impact.

“I make less than $11 (N4,000) daily, but I pay about $2.7 (N1000) for levies imposed on us by government officials. How am I supposed to cater for myself and my family in that kind of situation? We are going through hell here,” a rankled motorcyclist recounted his ordeals in a tone soaked with emotions.

“Don’t you know this is Lagos? There are lots of job opportunities here, so the cost of living is definitely going to be high,” Mr. Prince, a house consultant in Lagos told CARACAL REPORTS, explaining reason for the cost of rent in the city. Prince and many other house agents in Lagos charges between $83 to $139 as “Agent Fee”- a charge collected for helping clients secure available apartments.

While such practice has continued to generate controversies, Mr. Prince and his likes are cashing in on the situation. “This is what I have been doing for years and that is how I feed my family. How do you want people like us to cope without such fee?” he quired. This often creates a situation where two or three people pool resources together to rent an apartment, leading to over-crowding in most cases. On the other hand, some people, in a bid to survive, do consider slums as an alternative.

“The exorbitant prices for rent in Lagos is alarming,” Lukpata told CARACAL REPORTS, urging the government to review its laws on rent.

He added: “The Lagos State laws that guide Tenancy-Agreement require urgent attention. Landlords are taking advantage to exploit the ordinary people where the amount you pay for agency fee and agreement are equivalent to the rent you pay. The excesses of the Landlords and House Agents need to be checked. Single room self-contained in some places like Ajah costs $1251 (N450,000) and above. If the laws are reviewed, most landlords that have the habit to throwing out tenants who are yet to renew their house rent won’t dare it anymore.”

While many like Lagos residents want of the States’ Tenancy-Agreement laws to reduce the cost of houses in Lagos, it is unlikely the development will happen at the expected time, with people benefiting from the present arrangement likely to stifle the process.