Weekend Review: More Escalations Between US and Iran 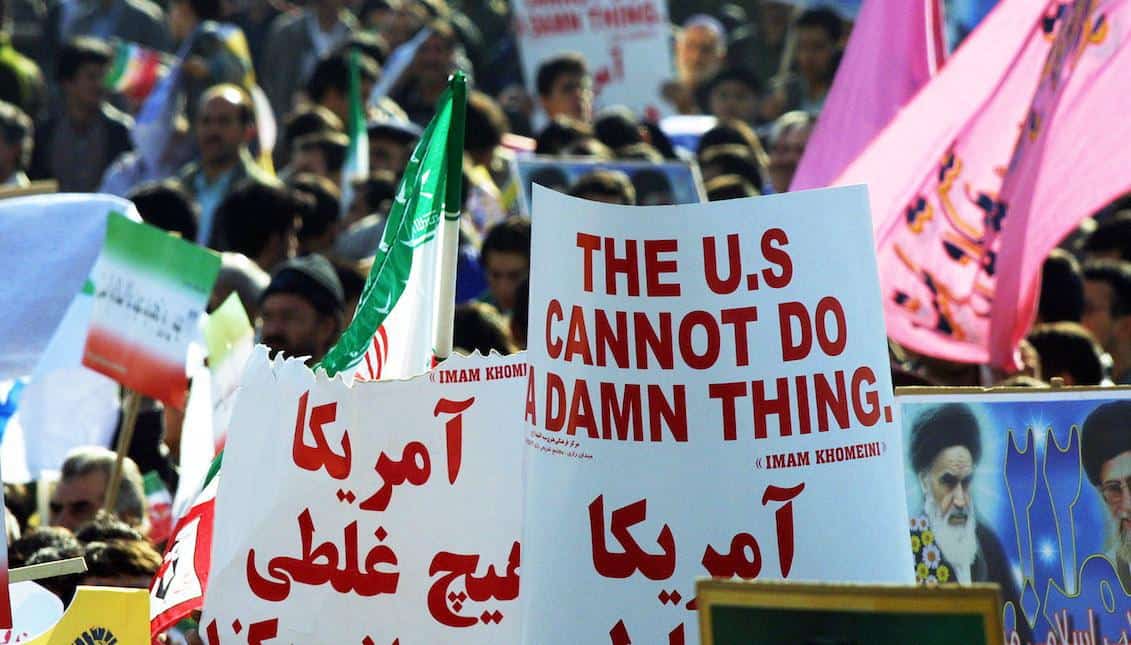 The Washington Post reported that the strike was carried out on Thursday but had been planned for long before that.

Trump has denied calling “back” a separate military strike, insisting via tweet that he only “stopped it from going forward at this time.”

These moves are the latest in a series of seeming escalations towards conflict between the US and Iran.

Columnist E. Jean Carroll has accused Pres. Trump of raping her in a dressing room in the 90’s, an allegation Trump dismissed as “fiction.”

Notably, at least four other women have accused the president of sexual assault which they claim occurred around the same time, though he has denied all of their allegations.

In an excerpt from her forthcoming book, Carroll wrote that the assault took place after an unplanned encounter with Trump in 1995 or 1996.

She alleges that she knew him as a real estate mogul while he recognized her as an advice columnist, so he accompanied her while she walked around a department store.

Carroll claims the interaction was friendly until he encouraged her to try on lingerie. She says Trump then pushed her against a dressing room wall and raped her.

Trump dismissed the claim, saying he has ”never met this person before” in his life and suggesting she sell her upcoming book in the “fiction section.” When confronted with a photo of himself with Carroll, he still insisted, “I have no idea who she is.”

In spite of NY statute of limitations allowances, Carroll has said she will not be pressing charges against the president for the attack.

Migrant Children at the US Border

New reports have emerged which paint a disturbing picture of inhumanity at a detention center built to house undocumented migrant children.

Warren Binford — a lawyer who visited a facility in Clint, Texas — described children being kept in filth, toddlers without diapers left to urinate and defecate on themselves and their surroundings, and young children being forced to care for younger children.

He described a “warehouse” where more than 300 minors were being housed in one cell and experiencing an outbreak of the flu as well as a lice infestation.

Binford explicitly stated in a subsequent interview that “the children are hardly being fed anything nutritious, and they are being medically neglected.”

There are also children being forced to sleep on the concrete floor.

Binford reported that “almost every child that I interviewed had family, parents, uncles, aunts, grandparents, siblings here in the United States who are waiting for them and are ready to care for them.”

While describing the conditions, Binford emphasized that the children are most often accompanied but removed from their families at the border to be placed in these detention centers.

One of the most important notes he made was that the choice to separate families and place these children in such a reprehensible environment is not made based on a legal requirement.

This is the decision of the Trump administration. This is how they choose to house children.

Jared Kushner’s plan for peace in the Middle East

The White House has released another portion of its plan for peace in the Middle East, an economic proposal which would benefit the Palestinian economy with tens of billions of dollars — as long as a political agreement is establshed.

However, Palestinian leaders denounced the proposal as being “unrealistic and an illusion” which is most favorable to Isreal.

Some Palestinian leaders argue that Kushner is trying to solve a decades-long battle for statehood with money, essentially offering to buy a pro-Israel resolution on the two-state conflict.

“Palestine is not for sale,” Ismail Rudwan, an official with Hamas stated.

In response to skeptics, Kushner said during an interview on Saturday that he laughed at those who are rejecting what he calls the “opportunity of the century” for Palestine.