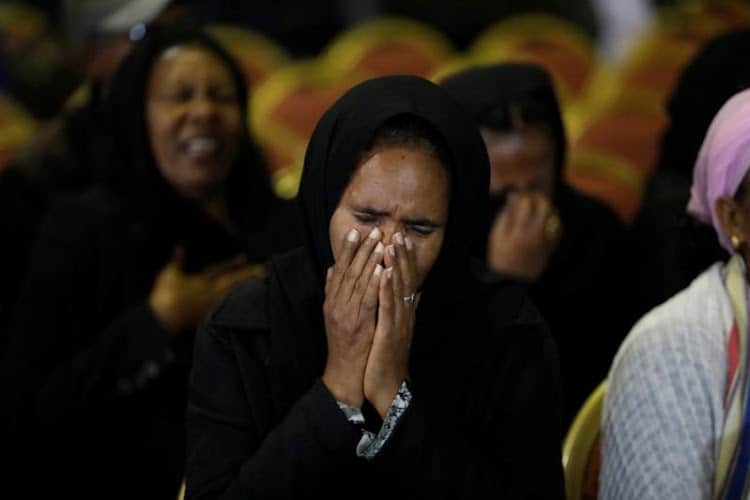 On June 23, Ethiopia was rattled by a ferocious coup attempt. The coup attempt was reportedly spearheaded by a local security Chief, General Asaminew Tsige, who had attempted similar mission in 2009 but ended in prison after the attempt also failed. The aim of the coup was to take control of the northern state of Amhara.

It’s puzzling why Asaminew, who was released last year, by Prime Minister Abiy Ahmed following his various transformative measures which included the release of all political prisoners, would take such move.

The report had stated: “While the above reforms hadn’t come without specks of dust from the public, Ahmed had been able to easily weathered the storm. This, however, has not been the case in ethnically-motivated issues, especially the ongoing controversies in the country over Ahmed’s decision to welcome leaders of Oromo Liberation Front (OLF) a formerly banned rebel group in the country. OLF is an organization established in 1973 by Oromo – Ethiopia’s largest ethnic group- nationalists to promote self-determination for the Oromo people against a perceived Abyssinian colonial rule. The proponents of the movement hold that Amhara hegemony has been oppressing and suppressing the Oromo people and their culture. The movement is the culmination of over 70 years of uncoordinated resistance by Oromos against this condition.”

The report had concluded: “However, the recent unrest in the country means a bungled reforms could see the tide turn against him, especially if he fails to address the ethnic crisis in the country.”

That it took Asaminew, few months after release to fan embers of disunity along ethnic lines, creating divides in the process is symptomatic of Ethiopians’ vulnerability to be swayed by well-planned ethnic narrative.

According to Reuters, Asamine had reportedly openly encouraged the Amhara people, one of Ethiopia’s larger ethnic groups, to arm themselves in a video spread on Facebook in the build up to the coup attempt.  Not less than four officials lost their lives in the coup attempt in Addis Ababa and Bahir Dar, the capital of Amhara region.

The aftermath of the coup attempt has been followed by massive arrest, with over 250 already arrested so far. About 2.5 million people were said to have been displaced by ethnic violence.

If not for anything, the recent happening in Ethiopia is an indication that Ahmed’s reforms are fighting back. When he assumed office in April last year, the situation was anything but appalling. But he has changed the narrative since then.

His administration has pushed for inclusive and transformative government that saw him release political prisoners, appointed women to key roles in his administration, appointment of a former opposition leader to lead the country’s electoral body and brought an end to Ethiopia’s decades of war with neighboring Eritrea.

Yet his reforms, though progressive minded, had scuttled the ethnic loyalty that existed before his assumption into office and which forced the resignation of his predecessor. The recent coup attempt seemed more of a fightback than a desperation for power. The country houses nine different independent ethnic regions, with Oromia and Amhara having the largest population.

Experts argue that the Prime Minister’s frenetic zest to transform the country would require a synergy between wisdom and vision. How well the Prime Minister fares in the coming days would be determinative of his government’s ability to comb the two perfectly, especially with the country’s crucial election lurking around next year.

Now after an alleged coup attempt against the Amhara regional government which killed his army chief of staff and close ally, General Seare Mekonnen, Mr Abiy’s position and the future of his reforms look much less secure.

The alleged instigator of the coup was shot dead and a wave of arrests followed. But nobody with any knowledge of Ethiopia believes this is the end of the matter.  With nearly 2.5 million people displaced by ethnic violence and deep divisions within the ruling EPRDF coalition, Mr. Abiy is acutely vulnerable. He is to some extent a victim of his own reformist zeal.

The Prime Minister needs little opinion on what it takes to cope among people of variegated interests. He was born to a Muslim father and a Christian mother on 15 August 1976, while he also served as a United Nations peacekeeper in Rwanda in 1995, shortly after the genocide that rocked the country.

More of such experiences would be needed in the coming days if he’s hoping to keep the country out and about again. Beyond massive arrests and clampdown on perceived instigators of the coup, his government also needs to launch an investigation into factors that aided the coup in the first place.

In the meantime, it is unlikely the coup attempt would wane Abiy Ahmed popularity and goodwill among the populace.

A concern for all

Ethiopia’s recent situation presents a microscopic view of Africa’s deeply-rooted inter-ethnic crisis. Long-standing ethnic tensions are rife in Africa, waiting to rare their ugly heads at the slightest opportunity. In Cameroon, deadly fight between English and French speaking regions of the country remains an issue, leading to the death of many and threatening democratic development.

In Nigeria, the situation is the same. Battle for political positions are often interpreted along sectional lines. The country’s bloody civil war that lasted between 1967-1970 is a clear-cut evidence.

This often represents a major challenge to the continent’s push for development. Poverty is growing at the thick of every second in the continent, while demands for democratic, people-driven leadership are going through the roof.

Little progress has been seen in all of this due to the deeply-rooted inter-ethnic crisis ravaging the continent. This, to a large extent has stifled collective nationalism and promoted ethnic nationalism.