Rising Tensions Between The West And Iran. Can WW111 Be Avoided? 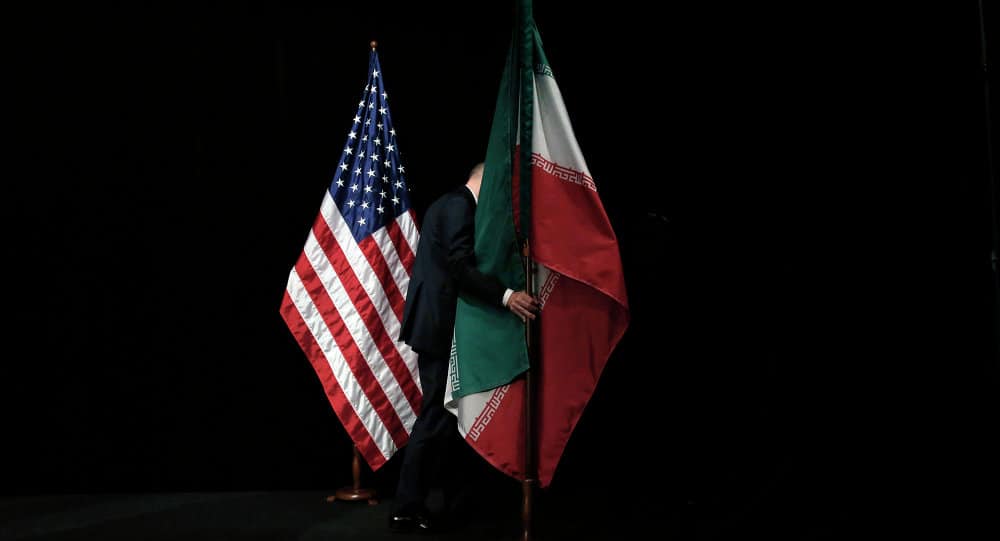 Is World War III Near, Can War In Iran Be Avoided?

“The new deployment will be for HMS Duncan, a Daring class destroyer. It will join HMS Montrose which is already in the region protecting cargo vessels and oil tankers. HMS Montrose was the ship that came to the rescue of BP tanker British Heritage after it had its passage impeded by five Iranian Revolutionary Guards ships,” reported the Express on Saturday regarding ongoing tension in Iran.

The move by the United Kingdom comes just over a month after the United States sent The USS Abraham Lincoln aircraft carrier to the region due to heightened tensions, and after seizing the Iranian tanker named Grace 1 earlier in July.

The events begin a new chapter of an increasingly volatile situation; which could result in a displacement tragedy, where millions of Iranians lose their lives or are forced to leave the country.

Iranian clerics and officials have issued threats toward the United Kingdom regarding the recent incidents in the Gulf. “You (UK) are the initiator of insecurity and you will realize the consequences later,” said President of Iran Hassan Rouhani. Iranian Foreign Minister Mohammad Javad Zarif would share a similar sentiment, “They should officially announce that we are servants of America and act on behalf of America. America has returned their favor well by insulting their ambassador and their prime minister.”

“We want to do everything we can to make sure that we don’t have an unintended escalation which could be very dangerous for the world,” said the United Kingdom Foreign Minister Jeremy Hunt over the weekend. The Foreign Minister would also add that it was, “time for cool heads.”

After an E3 meeting with officials from France and Germany, Hunt would continue down a line of diplomacy, “Iran is still a good year away from developing a nuclear weapon. We think there is still , but , window to keep the deal alive.”

United States President Donald Trump began the drama concerning the Joint Comprehensive Plan of Action (aka Iran Nuclear Deal) when he announced the US would not ratify the deal on October 13, 2017. The US officially withdrew from the agreement on May 8, 2018.

After the E3 meeting, a joint statement was released by the participating parties, the full text of the document is below.

We, the leaders of France, Germany and the United Kingdom, sharing common security interests, in particular upholding the non-proliferation regime, recall our continuing commitment to the Joint Comprehensive Plan of Action (JCPoA) that was agreed upon 4 years ago with Iran, on 14 July 2015.

Since 2003, our 3 countries, later joined by the United States, Russia and China, have been engaged in a long-standing and determined policy vis à vis Iran with the clear objective that this country, a party to the Non-Proliferation Treaty, respects its obligations in good faith and never develops or acquires a nuclear weapon.

Together, we have stated unambiguously on 8 May 2018 our regret and concern after the decision of the United States to withdraw from the JCPoA and to re-impose sanctions on Iran, while this country had implemented its commitments under the agreement – as consistently confirmed by the IAEA until last month. Since May 2018, our 3 countries have made their best efforts to work with all the remaining parties to the deal to ensure that the Iranian people could continue to benefit from the legitimate economic advantages provided by the JCPoA.

Today, we are concerned by the risk that the JCPoA further unravels under the strain of sanctions imposed by the United States and following Iran’s decision to no longer implement several of the central provisions of the agreement. We are extremely concerned by Iran’s decision to stockpile and enrich uranium in excess of authorised limits. Moreover, our three countries are deeply troubled by the attacks we have witnessed in the Persian Gulf and beyond, and by the deterioration of the security in the region.

We believe the time has come to act responsibly and seek a path to stop the escalation of tensions and resume dialogue. The risks are such that it is necessary for all stakeholders to pause and consider the possible consequences of their actions.

Our countries have recently taken several diplomatic initiatives to contribute to de-escalation and dialogue, for which signs of goodwill are urgently needed, from all sides. While we continue to support the JCPoA, its continuation is contingent on Iran’s full compliance, and we strongly urge Iran to reverse its recent decisions in this regard. We will continue to explore the avenues of dialogue foreseen under the agreement to address Iran’s compliance, including through the Joint Commission of the JCPoA.
In search of a resolution we will continue our active engagement with all interested parties, in the interest of the preservation of international peace and security.

If the nuclear deal with Iran can be maintained, the possibility to avoid a tragic conflict remains. Any faltering of the deal will allow neoconservative war hawks like John Bolton to urge President Trump to engage Iran in a destructive military encounter.