Week in Review: Trump Tells Congresswomen of Color to “Go Back” to the “Places from Which They Came” 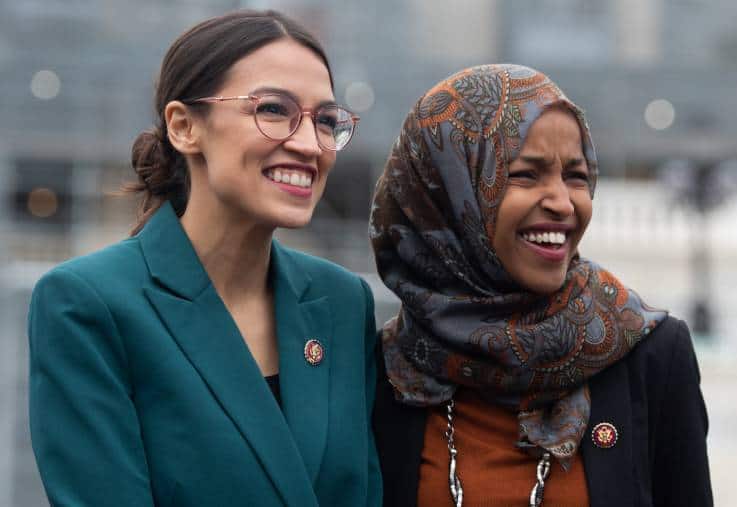 Pres. Trump tweeted yesterday to tell “Progressive Democratic congresswomen” of color to “go back and help fix the totally broken and crime infested places from which they came.”

Trump was likely referring to Reps. Alexandria Ocasio-Cortez, Rashida Tlaib, Ayanna Pressley, and Ilhan Omar, though he did not use their names.

Three of them were born in the U.S. and the fourth — Omar — moved here when she was 10.

Nevertheless, Trump claimed that the women “originally came from countries whose governments are a complete and total catastrophe, the worst, most corrupt and inept anywhere in the world.” He clearly did not realize that he was technically referring to his own administration.

The four women, also called ‘the Squad’, are newly elected and show a growing trend of women of color finding themselves in positions of power.

Trump was strongly condemned for his racism by all four women, as well as Speaker of the House, Nancy Pelosi.

Ocasio-Cortez told Trump on Twitter, “You are angry because you can’t conceive of an America that includes us.”

Trump responded by accusing the women of hating Israel “with a true and unbridled passion” and using “disgusting language” like “racist.”

Considerable attention has recently fallen on Acosta’s time as a federal prosecutor in Florida when he was involved in securing a 2007 plea deal which allowed alleged child molester Jeffrey Epstein to avoid federal charges.

Instead, Epstein accepted a deal from prosecution and pleaded guilty to two counts of solicitation, one involving a minor, and was sentenced to 13 months in prison with 12 hours of work release each day. Many argue that his sentence was far too lenient for a defendant who pleaded guilty to soliciting sex from a minor and stood accused of sexual misconduct with girls as young as 13.

Acosta reportedly called the president on Friday to tell him that he thought “the right thing was to step aside.”

Trump explicitly said he would have liked Acosta to stay, in spite of any controversy.

“I’m with him,” Trump told reporters.

Last week, a House panel heard testimony from Republican and Democratic lawmakers regarding the conditions at border facilities being run by the U.S. Dept. of Homeland Security.

Rep. Alexandria Ocasio-Cortez previously alleged that detainees told her they were being forced to drink from toilets when sinks broke in a Texas facility. She again reiterated during the hearing, “I believe these women.”

Ocasio-Cortez, who was voluntarily sworn in to testify, referred to the American flags which were displayed in the facility and stated “we cannot allow for this” separation of families and mistreatment of groups of foreign people under our flag.

Rep. Debbie Lesko, R-Ariz., on the other hand, usedthe hearing to beg the American public to believe that “there is no one asking people to drink out of toilets.” But taken literally, this statement does not address the charge that detainees were forced, not asked, to drink from toilets when sinks broke.

Vice Pres. Mike Pence visited a Border Patrol station in Texas last week and said that “every American would be proud” of the agents.

Pence saw agents in masks and many people packed into overcrowded cages. Detainees shouted “no shower” at Pence, who complained that the stench was “horrendous.” Officials confirmed that some had been denied access to a shower for up to 20 days.

In spite of that, Pence dismissed allegations of mistreatment as “slanderous.” He claimed to see “care and concern” in the eyes of Border Patrol agents. “I can hear it in your voice,” he told them.

Pence did not state what he saw in the eyes or heard in the voices of those who pleaded to him for help from behind a chain-link fence.

Pres. Trump announced on Friday that ICE raids would begin this weekend.

Agents were seen knocking on doors in a migrant community in Florida. At least three raids were attempted in New York. However, no arrests have been reported, so far.

New Zealand held their first gun buyback in Christchurch, four months after a gunman opened fire in two mosques in the same city.

The country banned most semi-automatic weapons in the wake of the tragedy, which took 51 lives and left dozens injured.

250 buybacks have been planned for New Zealand this year. Estimates approximate there are 1.2 to 1.5 million guns in the country.