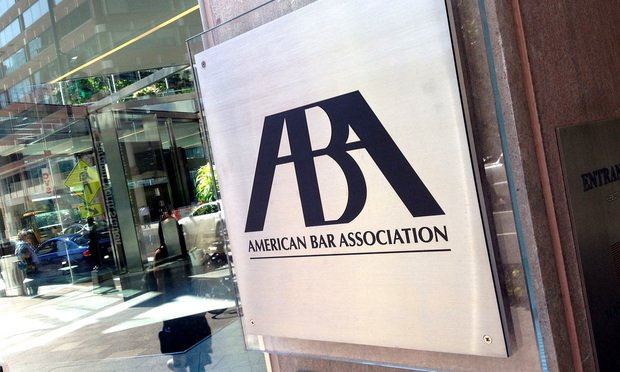 The law states that due process is necessary for a proper trial. It has always stated that the accused in a court situation were innocent until proven guilty.

But some in the law want to change that. The American Bar Association created a resolution meant to help assault victims. If passed, it would have urged legislature and courts to redefine consent in sexual assault cases. The resolution failed to pass on August 12. It received strenuous protests from academics and lawyers, as well as members of the American Law Institute (ALI.)

The unpassed resolution would have made it difficult for those accused of sexual assault to prove their innocence. In four states already, failure to prove affirmative consent leads to sexual assault convictions. This process requires the judge to assume guilt unless innocence is proven. This goes against the letter of the law in the 14th Amendment of the Constitution.

The 14th Amendment states: “No state shall make or enforce any law which shall abridge the privileges or immunities of citizens of the United States; nor shall any state deprive any person of life, liberty, or property, without due process of law; nor deny to any person within its jurisdiction the equal protection of the laws.”

The ABA’s proposed resolution would have affected multiple lawsuits and appeals cases currently ongoing. At Baylor University, a professor lost his position immediately following an accusation of rape, with no regards to the law. The professor is currently suing the school to clear his name.

OPPOSITION TO THE PROPOSAL

KC Johnson and Stuart Taylor Jr. penned an op-ed about the proposal for the Wall Street Journal. It planted firm opposition to the ABA’s proposal. They wrote, “Advocates of the proposal cite dubious science in support of diminishing the constitutional rights of the accused.” The science is referred to as “circular reasoning.” Emily Yoffe in a 2017 Atlantic piece noted that absence of resistance, inability to recall a story, or a changing story are considered by these researchers to mean that the assault occurred.

Noted academic Christina Hoff Sommers tweeted, “Dear American Bar Association,  The presumption of innocence is foundational to our liberal democratic tradition. Please don’t vote it down this week because of short-sighted activist pressure.”

The ABA revised the proposal to say consent, instead of assent. It also struck through the line that rejected any requirement for victims to provide or claim proof of resistance. In its place was a line that emphasized “the Constitutionally guaranteed presumption of innocence, or the burden of proof, which at all times remains on the prosecution to prove every element of an offense, including without limitation lack of consent, beyond a reasonable doubt.”

98 members of the ALI signed a letter which dissented with the ABA’s proposal. The letter stated that the ABA’s report misled readers. ABA led people to think that the ALI had not defined their position on the proposal. In fact, in 2016 the ALI definitively passed on the affirmative assent concept. The writers of the letter stated, “This is very troubling. The ABA should not consider moving forward with an important matter where the “Report” purporting to justify the action is so obviously deficient. This is a matter of the essential integrity of the ABA.”

Esquire’s contributing editor Wesley Yang tweeted that the ABA’s proposal would “carve out a zone of exemption in the age old tenet of the criminal law that the defendant retains the presumption of innocence and the state must prove guilt.” He then said that if activists are successful in making this change, “we can expect drastic changes in the way the law functions, as the inversion in where the burden of proof rests will eventually infect other areas of jurisprudence.”

The vote was to kill the measure altogether, even with the new changes. According to KC Johnson, the final vote was 256-165.