Week In Review: Uncertain Future For 70,000 Bahamians After Dorian 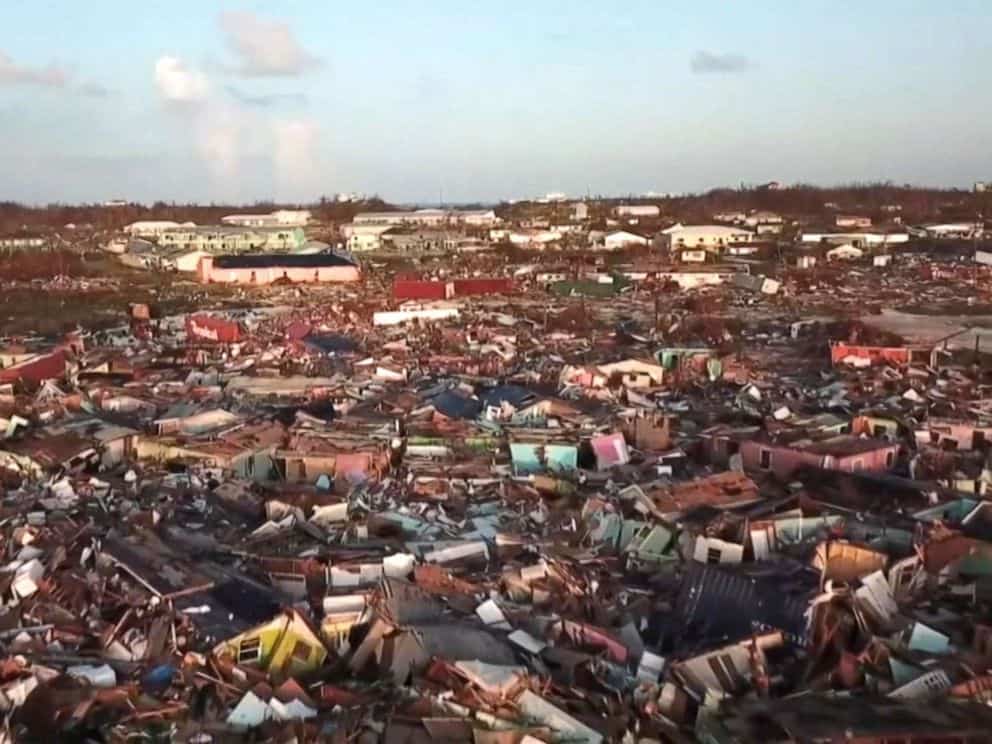 Residents of the Bahamas are still waiting to escape Grand Bahama and Great Abaco islands after Hurricane Dorian made landfall with Category 5 winds last weekend. The islands are without running water and electricity while access to food has been severely diminished by the storm. Most who are left carry what little they have left in plastic bags while they wait for a way out.

The prime minister claimed that supplies of food and water are “adequate” but some residents disagree and have criticized the government for what they feel was an insufficient preparation and a sparse response.

Water in the region has been polluted by dead bodies, sewage, and other contaminants. Homes and infrastructure were demolished and most remaining residents are only waiting to get off the islands, many having lost hope that missing loved ones could be alive.

Planes and even cruise ships have been picking up survivors, starting with the most vulnerable. Over 3,000 people have been evacuated to Nassau, though officials acknowledge the city cannot hold all of the homeless survivors.

The death toll is now at 44 and is expected to rise. The Health Minister to the Bahamas told ABC News that many bodies are still buried beneath the rubble and that some probably were washed out to sea and may never be found.

According to the World Food Programme, approximately 75,000 people have been left in need of food and shelter by the storm in the Bahamas. Several thousand people have been evacuated via plane and ship so far but finding places to house all those who have been displaced will undoubtedly be difficult.

Dorian was downgraded to a post-tropical storm on Sunday after making landfall in Nova Scotia, Canada as a Category 2 hurricane on Saturday night. No deaths have been reported from Canada related to the storm and the few deaths which occurred in the U.S. were accidents that happened during preparation for severe weather.

NOAA Staff Warned Not to Dispute Trump on Dorian Forecast

An email obtained by the Washington Post shows that a top official in the National Oceanic and Atmospheric Administration warned NOAA staff against contradicting a tweet last week and subsequent claims by Pres. Trump that Alabama could be “hit (much) harder than anticipated” by Hurricane Dorian.

Employees at the National Weather Service station in Birmingham, Alabama almost immediately corrected the information provided by Trump and announced that Alabama would not see “any impacts” from the storm.

National Weather Service employees were then warned via an agency-wide directive to “only stick with official National Hurricane Center forecasts if questions arise from some national level social media posts” and not “provide any opinion.” Reportedly, employees were aware that the note was referring to the president and the response to his tweet from the Birmingham station.

On Wednesday, Trump used a six-day old forecast map which had been altered with permanent marker to include part of Alabama to support his ongoing claims of concern for Alabama. Trump may have violated federal law by knowingly publishing a forged weather forecast.

Then on Friday, NOAA released a statement to reprimand employees at the Birmingham NWS station for using absolutes and to support the claims made by Trump that Alabama was originally expected to suffer severe impact.

In response to the agency’s statement, David Titley, chief operating officer of NOAA under Obama, tweeted “Perhaps the darkest day ever for leadership. Don’t know how they will ever look their workforce in the eye again. Moral cowardice.”

Trump Claims to Call Off Talks with Taliban and Afghan Leaders

Pres. Trump announced via tweet that he had scheduled and subsequently cancelled secretly planned meetings with Taliban leaders and the president of Afghanistan. He also said he called off ongoing peace negotiations with the Taliban that were reportedly nearing completion because they had claimed responsibility for an attack that killed 12 people, including a U.S soldier.

The peace negotiations have been going on for months and were meant to end the nearly 20 year war in Afghanistan. The outcome of that would be the return of many or all of the 14,000 U.S. troops currently stationed in the country.