Ukraine is at the center of America political upheaval as it was widely reported that a whistle-blower formally complained about Pres. Trump’s communications with President Volodymyr Zelensky.

According to the New York Times and the Washington Post, the complaint relates to multiple requests made by Trump to the president of Ukraine asking him to open investigations into rivals (like former Vice President Joe Biden- a potential 2020 presidential election nominee- and his son, Hunter Biden.)

Allegedly, Trump promised to reciprocate with a political favor if the Ukrainian leader would honor his personal request for information. The White House was recently discussing a plan to send $250 million in military aid to Kyiv, the capital of Ukraine, and Trump may have used the offer as attempted leverage for favors from the Ukrainian president.

Regarding the reports, Trump’s current lawyer Rudy Giuliani offered an answer that seemed to acknowledge the truth in the reports. He said, “The reality is that the President of the United States … has every right to tell the president of another country you better straighten out the corruption in your country if you want me to give you a lot of money.” He added that the U.S.’s money will be “squandered” if the other country “can’t investigate allegations”  due to being corrupt, insinuating Ukraine could prove they are worthy of U.S. assistance by fulfilling Trump’s request.

Through Twitter, Trump has, of course, denied that he would say “something inappropriate with a foreign leader while on such a potentially ‘heavily populated’ call.”

Aside from reports from sources with supposed knowledge of the situation, no evidence has been made public to suggest that the whistle-blower’s complaint is true regarding these alleged communications between Trump and the Ukraine president.

However, thus far, the White House has reportedly refused to allow Congress access to the complaint.

Saudi Arabia and the U.S. continue to blame Iran for last Saturday’s attack on Saudi Arabian oil facilities, a strike which was claimed by Houthi rebels out of Yemen.

Saudi officials have promised that the country will respond with “necessary measures” and the U.S. announced they will be sending an undecided number of troops to assist in Saudi Arabia. Pres. Trump also announced further sanctions against Iran from the U.S. 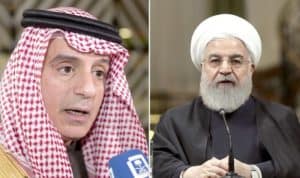 Tensions between Iran and the current Trump/Saudi alliance have been ongoing but rapidly escalating in recent months. Iran has denied responsibility for this attack and others, condemning the accusations and promising to “pursue any aggressor” with a “crushing response.”

On Friday, demonstrations around the world drew millions of young people together to call for immediate global climate action.

Kids around the world missed school for the day and joined together in A Global Climate Strike, some joined by their parents, teachers, and other adult supporters and activists. Student-led protests were held in various countries, with more than 800 demonstrations planned for the U.S. alone. 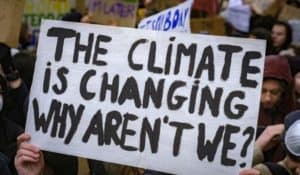 Greta Thunberg, a 16-year-old climate activist from Sweden, visited the U.S. to compel leaders to take an important action. She joined a march in New York with thousands of others — an absolute contrast from last year when Thunberg was often pictured school striking for climate action alone.

Demands from protesters included a commitment by governments and businesses to achieve net-zero carbon emissions by 2030 and to transition from fossil fuel energy sources to renewable energy sources.

The protests preceded the U.N.’s Climate Action Summit which will begin on Monday in New York.

Sen. Elizabeth Warren from Massachusetts has taken the lead in Iowa with 22 percent of support among anticipated caucus participants according to a poll widely believed to be the most accurate predictor for results.

Warren moves ahead of former Vice President Joe Biden, who won 20 percent of support in the poll, and Sen. Bernie Sanders from Vermont who is polling in third place at 11 percent. They are the only three candidates currently scoring out of single digits on that specific poll. 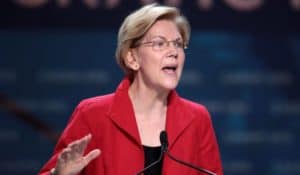 Though the results show the primary field is narrowing, they also illustrate how quickly approval numbers can change. Sanders was polling in second at 16 percent, and Warren in third at 15 percent, in June. Pete Buttigieg, Mayor of South Bend, Indiana, also fell 6 points from 15 to 9 percent since June.

F.B.I. Assisting in Search for Arsonists Who Targeted Catholic Churches in El Paso

The F.B.I. is offering up to $15,000 for information which leads them to the culprits behind three separate fires in Catholic Churches in El Paso, Texas.

The churches have congregations which are largely Hispanic and the El Paso Catholic Diocese is the first in the U.S. to be led by a Hispanic priest. There is some speculation the arsons were hate crimes for these reasons.

Two of the fires were started in May and the third in June.

So far, no one has been injured in any of the blazes.