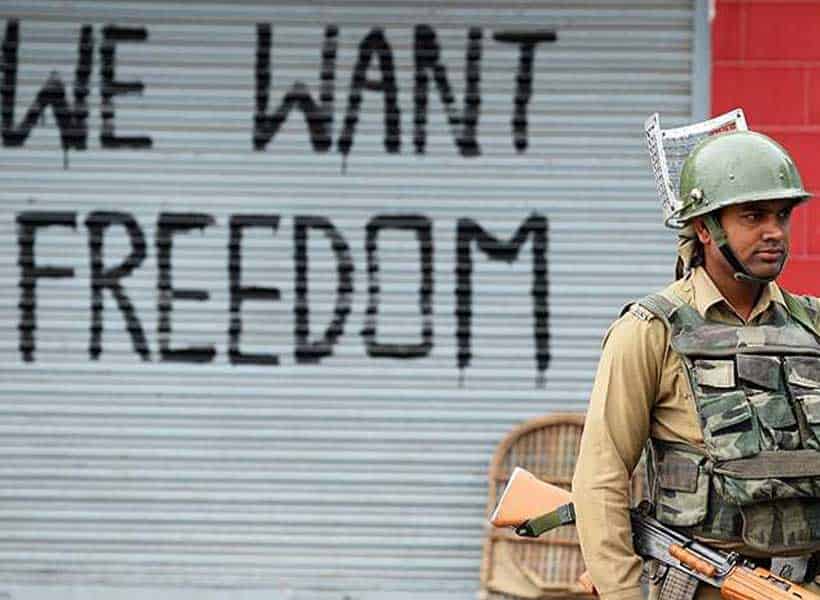 Narendra Modi crackdown is turning Kashmir into an open-air prison

In early August, Indian Prime Minister Narendra Modi, leader of the far-right-wing Bharatiya Janata Party (BJP) unsurprisingly submitted the Jammu and Kashmir Reorganization Bill to the lower house of parliament. The bill which passed due to BJPs majority in government stripped away Article 370, which gave Kashmir constitutional protections and allowed the region to create an autonomous constitution.

Kashmir, which is a Muslim majority has areas under both Indian and Pakistan administration, “After five years, seeing development in J&K (Jammu and Kashmir) under the leadership of PM Modi, people of the valley will understand drawbacks of Article 370,” said Indian Home Minister Amit Shah before the bill passed.

Hindu nationalism has received criticism for being anti-Muslim and pro authoritarianism by multiple human rights organizations. Since the passing of the bill, India has been accused of running an open-air prison and stripping Kashmir of basic civil and human rights.

Mirza Waheed, whose parents live in India wrote a powerful piece for the Guardian shortly after India began the crackdown in Kashmir. A portion of his statements are below.

By erasing what was left of its independence the government of India, led by Narendra Modi, has chosen to unilaterally alter the future of an entire people (who have never submitted to Indian sovereignty). Not only that, it has effectively instituted a mass detention of Kashmiris by rushing in thousands of troops in addition to the half a million already stationed there.

All of this happened without any consultation with Kashmiris, without any discussion among India’s own parliamentarians, and, most crucially, without any sound legal foundation. Article 370 can only be amended with the approval of the Constituent Assembly of Jammu and Kashmir, which was dissolved in 1956. In its absence, it falls to the legislative assembly of Kashmir to debate and approve any changes to the article, but India suspended that in November last year, putting the state under its direct rule. In place of an elected government, Delhi sent a governor to rule Kashmir.

Legal and Kashmir experts agree that a man who’s neither elected nor a representative of the Kashmiri people cannot be a surrogate for an elected body. The necessary legal approval for the revocation, according to India’s own constitutional guarantees, was never sought, therefore rendering the whole exercise a farce, a travesty of democratic norms.

As the publishing of this piece, India has yet to return internet, phone, and in some cases, power in sections of India administered Kashmir. Numerous reports have circulated concerning police brutality perpetrated by the Indian military over the past two months.

“The father of a teenager killed in Kashmir has demanded justice for his son, after witnesses said he was fired at with pellets and teargas in an unprovoked attack by Indian security forces,” the Guardian reported in September. “Asrar Ahmad Khan, described as a shy and studious teenager, died last week 11 days before his 18th birthday. He had spent almost a month in hospital, where he was being treated for injuries sustained during the incident on 6 August.”

“They fired a tear gas canister that hit Asrar’s head,” the grieving father said to TRT World shortly after his sons’ death. “There was no protest. In fact, there never is a protest in our locality,” said Adil Ahmad, Asrar’s cousin who was with him prior to the incident.

Those under detention in India administered Kashmir are using every avenue possible to help spread awareness of the ongoing human rights situation. BBC Hindi reporter Vineet Khare recently detailed the ongoing plight, “Thousands of locals, including political leaders, business people and activists, have been detained. Many have been moved to prisons outside the state,” he stated. “Mr. Lone was at the court looking for a lawyer to represent his brother, Shabbir, a village leader who had been  arrested under the highly controversial Public Safety Act (PSA), which among other things, allows detention without formal charge for up to two years.”

“India’s federal government is believed to have detained thousands of people including activists, local politicians and businessmen in Indian-administered Kashmir since it stripped the region of its autonomy on 5 August,” wrote Khare in early September after visiting a prison in Uttar Pradesh.

With the BJP having a grip on all Indian political levers it seems unlikely a human resolution will soon find Kashmir.