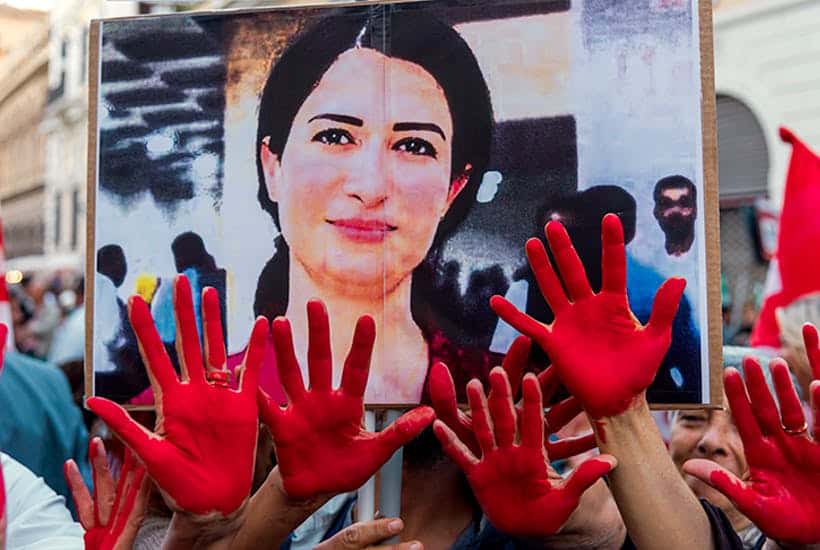 United States President Donald Trump’s decision to announce the withdrawal of US military forces from northern Syria has ushered in a new tragic phase of the Syria conflict. Turkey has long since looked at ethnic Kurds with disdain, with credible reports of human rights violations being levied against the minority group within Turkish borders.

Being abandoned by their US allies, after doing the majority of ground operations against ISIS, the Kurdish forces had to make agreements with Syrian leader Bashar al-Assad, who is backed by the Russian government.

The Associated Press (AP) reported a grave account of the situation after the second day of the Turkish offensive, “Amid the fierce fighting, residents fled with their belongings loaded into cars, pickup trucks and motorcycle rickshaws, while others escaped on foot. The U.N. refugee agency said tens of thousands were on the move, and aid agencies warned that nearly a half-million people near the border were at risk.”

A later AP report detailed the feelings of a Syrian family who has lost everything after President Trump’s announcement. “The foreigners are not with us, neither the Americans nor the French nor anyone else. Only God is with us,” said Abdulrahman Ali.

He and his wife Hanna arrived at a camp in Iraq with their children and only two bags of clothes. The family paid a smuggler $200 to sneak them across the border to safety, leaving them without anything, except their lives.

The family had counted on US troops for safety after numerous threats of invasion from Turkey, now that hope is gone.

On Friday, announcements of a ceasefire gave the international community hope of a possible long-term resolution. US Vice President Mike Pence met with authoritarian Turkish President Recep Tayyip Erdogan, which led to an agreement of a five-day ceasefire, which would allow Kurdish forces to withdraw into a ‘safe zone’ along the border. However, news quickly broke that Turkey possibly violated the agreement within mere hours. The AP again reports.

The Kurdish-led administration in northern Syria accused Turkey on Friday of violating a U.S.-brokered cease-fire that went into effect overnight, as fighters from both sides clashed in and around a border town that has been one of the fiercest fronts in the Turkish invasion.

The town of Ras al-Ayn was emerging as an immediate test for the five-day cease-fire agreed on by Washington and Ankara. Before the deal’s announcement, Turkish-backed forces had encircled the town and were battling fierce resistance from Kurdish fighters inside.

Despite the reports, President Trump lauded the ceasefire as being successful, hinting that it would result in a permanent solution, despite the opposite being accurate.

With the copious amounts of political speak surrounding the situation and the Kurdish role in fighting ISIL, who the Kurds are is often lost upon those hearing or reading the heart-wrenching reports. From a BBC report.

The Kurds are one of the indigenous peoples of the Mesopotamian plains and the highlands in what are now south-eastern Turkey, north-eastern Syria, northern Iraq, north-western Iran and south-western Armenia.

Today, they form a distinctive community, united through race, culture and language, even though they have no standard dialect. They also adhere to a number of different religions and creeds, although the majority are Sunni Muslims.

n the early 20th Century, many Kurds began to consider the creation of a homeland – generally referred to as “Kurdistan”. After World War One and the defeat of the Ottoman Empire, the victorious Western allies made provision for a Kurdish state in the 1920 Treaty of Sevres.

Such hopes were dashed three years later, however, when the Treaty of Lausanne, which set the boundaries of modern Turkey, made no provision for a Kurdish state and left Kurds with minority status in their respective countries. Over the next 80 years, any move by Kurds to set up an independent state was brutally quashed.

The report goes on to explain what the Kurdish ethnic group has suffered at the hands of Turkey, “Kurds received harsh treatment at the hands of the Turkish authorities for generations. In response to uprisings in the 1920s and 1930s, many Kurds were resettled, Kurdish names and costumes were banned, the use of the Kurdish language was restricted, and even the existence of a Kurdish ethnic identity was denied, with people designated ‘Mountain Turks.’ The article continued.
“In 1978, Abdullah Ocalan established the PKK, which called for an independent state within Turkey. Six years later, the group began an armed struggle. Since then, more than 40,000 people have been killed and hundreds of thousands displaced.”