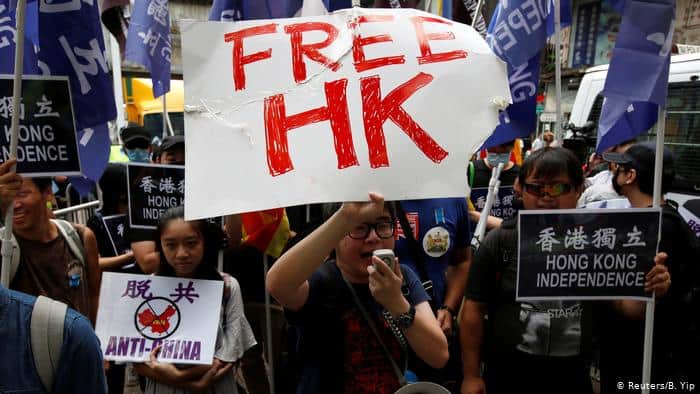 The months-long protests in Hong Kong continue without a clear course for resolution. Recent developments came after pro-democracy protestors rejected Chief Executive Carrie Lam’s complete withdraw of the ‘extradition bill’ and refusal to meet each of their demands. Caracal Reports details the issue.

Most of the angst against Lam comes from her refusal to meet the ‘five key demands‘ laid out by the pro-democracy force including: the withdrawal of the extradition bill, an independent probe into the use of force by police, amnesty for arrested protesters, a halt to categorising the protests as riots, and the implementation of universal suffrage. As of now, only the withdraw of the extradition bill has come to light.

Chan Tong-kai, 20, is wanted for the murder of his pregnant girlfriend Poon Hiu-wing during a holiday in Taiwan in February last year. On Dec 3, 2018, Taiwan issued an arrest warrant for Chan. He fled back to Hong Kong, where Taiwanese police have been unable to apprehend him because of the lack of an extradition agreement. The case triggered a proposal by the Hong Kong government to propose an extradition Bill that would have allowed the city to extradite suspects to any territory, including mainland China. The now-scrapped Bill was met with anger and led to months of violent protests as part of a wider movement calling for more autonomy from Beijing.

“Chan is currently in jail after he was convicted of stealing his girlfriend’s possessions during a trial in which he did not dispute killing his pregnant girlfriend,” the report continued.

International pressure has increased over the past week leading to bipartisan deals in the United States to convince corporate business interests from placating Beijing and ignoring the human rights crisis currently ongoing in Hong Kong. The Guardian reports.

The group separately wrote to Activision Blizzard’s chief executive Robert Kotick, calling on him to reverse the company’s decision to ban a player who voiced support for pro-democracy protests in Hong Kong. Activision Blizzard did not immediately comment on Friday.

The letter to Apple executive Tim Cook was harshly worded, ““You have said publicly that you want to work with China’s leaders to effect change rather than sit on the sidelines and yell at them. We, too, believe that diplomacy and trade can be democratising [sic] forces. But when a repressive government refuses to evolve or, indeed, when it doubles down, cooperation can become complicity.”

After National Basketball Association (NBA) Houston Rockets General Manager, Daryl Morey tweeted support of the Hong Kong protests in early October; he received backlash from the league, China, and even Lebron James who has been outspoken concerning the civil rights of African Americans in the United States.

On James, protestor Andrew Duncan would comment, “Lebron needs to take time on this issue. Why is he not supporting Democracy? I think the King has made a royal mistake.”

With international pressure beginning to build on various institutions giving passive consent to China’s government, it’s possible the pro-democracy protests in Hong Kong are beginning to create small fabrics of change after months into the demonstrations.