Peace Talks Could Bring A Halt To War In Yemen 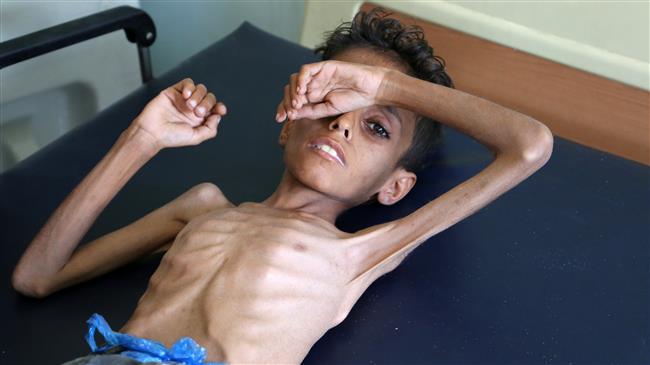 A glimmer of hope as Saudi Arabia and Yemen’s Iran-backed rebels are holding indirect, behind-the-scenes talks to end the devastating five-year war in Yemen

“Saudi Arabia and Yemen’s Iran-backed rebels are holding indirect, behind-the-scenes talks to end the devastating five-year war in Yemen,” the Associated Press reported last week. Earlier in the year, both chambers of the United States Congress passed measures to withdraw to end US support of the war in Yemen.

“The armed conflict in Yemen has killed and injured thousands of Yemeni civilians since it began. As of November 2018, 6,872 civilians had been killed and 10,768 wounded, the majority by Saudi Arabia-led coalition airstrikes, according to the Office of the United Nations High Commissioner for Human Rights (OHCHR),” writes Human Rights Watch (HRW).

The fighting began in September 2014 when Houthi forces took control of Sanaa, Yemen’s capital, and much of the country. A Saudi led coalition attacked the Houthi forces in March 2015, which led to the United States supporting the Saudi coalition with targeting intelligence, refueling, and weaponry. In August 2018, a bomb made in the United States was responsible for killing forty school children in Yemen.

Working with local Yemeni journalists and munitions experts, CNN has established that the weapon that left dozens of children dead on August 9 was a 500-pound (227 kilogram) laser-guided MK 82 bomb made by Lockheed Martin, one of the top US defense contractors.

In March of 2016, a US-supplied precision-guided MK 84 bomb killed ninety-seven people at a Yemeni marketplace. In October of the same year, another US bomb was allegedly mistakingly dropped on a funeral hall in Yemen, which killed another 155 individuals. A lengthy CNN investigation details the role United States weaponry plays within the Yemen human rights crisis. HRW also independently identified over two dozens sites containing the remnants of US munitions.

Reuters details information regarding the ongoing talks to bring an end to the atrocities caused by the war in Yemen. “The talks were launched in Jordan in late September, three of the sources said, with Riyadh taking sole responsibility for military efforts by the Arab alliance fighting in Yemen after the exit of its main partner, the United Arab Emirates.”

Discussions began after Houthis offered to cease drone and missile attacks on Saudi cities if the Saudi coalition would halt airstrikes within Yemen. Discussions concerning the finalization of a deal are reportedly moving quickly through various back channels. However, numerous cease-fire pacts result in a few days or weeks of peace before fighting reignites. Despite the international pattern, the signs of a dear reaching conclusion is a positive sign.

“Riyadh wants to combine an eventual agreement with the Houthis along with the (southern) deal … to build momentum for a political solution that would end the war,” a western diplomat on background told Reuters. The southern deal references an agreement earlier this month between Abd-Rabbu Mansour Hadi’s government, and the United Arab Emirates (UAE) backed southern separatists in Yemen, which would see the separatists join Hadi’s government.

ABC provides further information on the negotiation process, “The negotiations are taking place with Oman, a Gulf Arab country that borders both Yemen and Saudi Arabia, as mediator. Oman has positioned itself as a quiet mediator in the past and in a possible sign the back-channel talks could be stepping up, Saudi Deputy Defense Minister Prince Khalid bin Salman arrived in Muscat on Monday.”

According to ABC sources, the two sides have used video conferencing along with European intermediaries to conduct negotiations over the past two months. Three Houthi officials state the current focus of the talks center around re-opening Yemen’s main international airport in Sanna, which the Saudi coalitions have kept shutdown since 2016.

Backchannel communication has reportedly been open for several years, but this is the first time a deal has reached this close in coming to fruition.