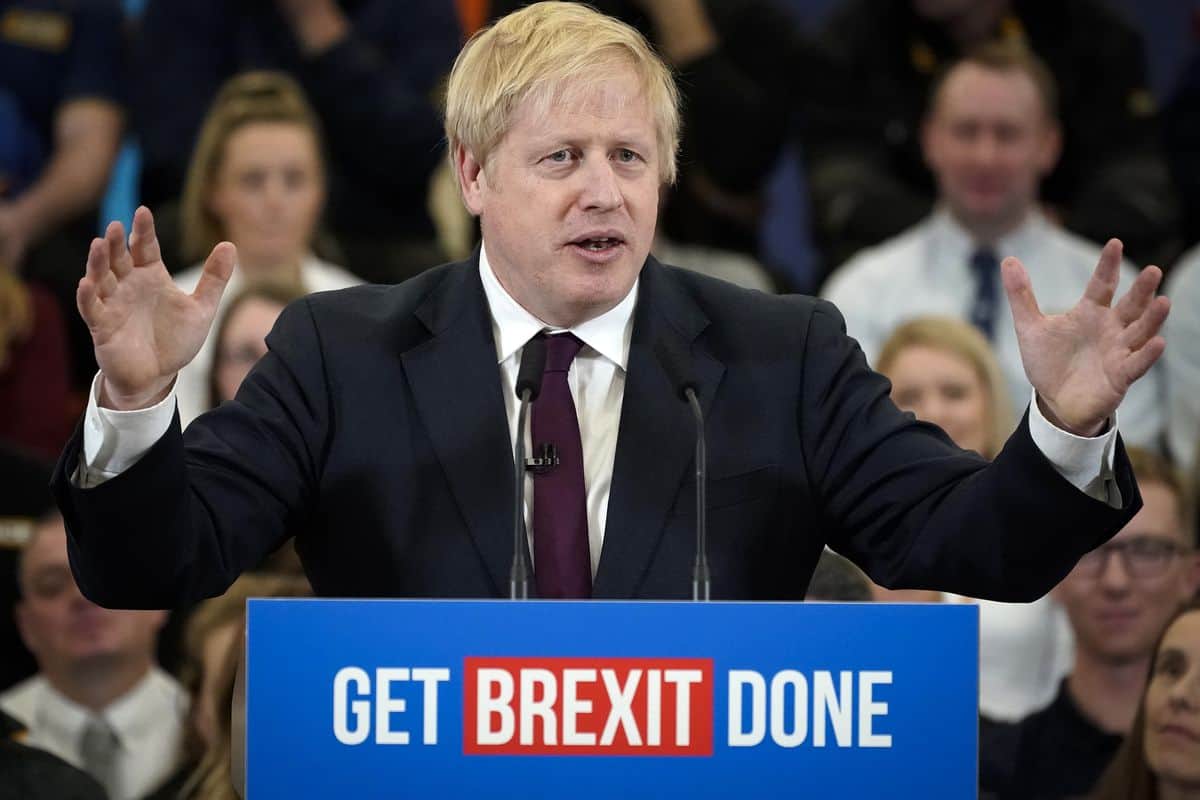 “Boris Johnson‘s Conservative party has secured a majority by seizing seats from the Labour party in its traditional heartlands in the north and midlands. Johnson remains prime minister and should now be able to get his Brexit deal through parliament,” reports The Guardian after the results of last night’s election in the United Kingdom came to light.

Labour party (Social Democratic and Social Liberal wings) leader Jeremy Corbyn announced after the landslide defeat that he wouldn’t lead the party into another election. Current reports assume the Labour Party could hold leadership elections by April of next year. Corbyn made the following public comments on Friday regarding Labour’s landslide defeat from the Sobell Leisure Centre in Holloway, north London.

I will discuss with our party to ensure there is a process now of reflection on this result and on the policies that the party will take going forward. And I will lead the party during that period to ensure that discussion takes place and we move on into the future.

Polls going into the election heavily favored the Conservative party as mixed messaging, failure to declare a solid position on remaining in the European Union (EU), and slanderous hit pieces against Corbyn throughout the media kept the party from gaining traction despite championing popularity policies.

Labour is now in a position where they must quickly develop a strategy to challenge Johnson’s next Brexit proposal and develop a path for future electoral success. Corbyn will likely stay party leader until April for a member from his Social Democratic wing of the party to prepare a party leadership campaign. However, Corbyn’s detractors in the Social Liberal wing of the party will want one of their candidates to take the mantel of party leader.

Johnson’s win was at the back of traditional Labour voters who backed the Prime Minister despite the Conservative party being responsible for National Health Service (NHS) defunding and privatization efforts, a shrinking middle class, and being unable to deliver on their Brexit promises for three and a half years.

The Conservative victory likely ends the hope of millions of UK citizens who took to the streets in hopes of having a Second Referendum vote regarding Brexit. Voters over 50 and those who voted to leave the EU were key voting blocs for Johnson despite worries over the economy and the future of the NHS.

Despite Johnson’s, “Get Brexit Done” slogan the Los Angeles Times doubts his path to doing so will be as easy as some may think. President of the European Commission Ursula von der Leyen doubts 11-months will be long enough to negotiate all the various aspects of the trade, education, fishing, and transportation calling it an “extremely short window.”

With several political challenges in front of Johnson, including calls for another Scottish referendum by SNP leader Nicola Sturgeon, a disenchanted youth, and uncertainty with the European Commission, his political capital and honeymoon period aren’t likely to stretch very far.