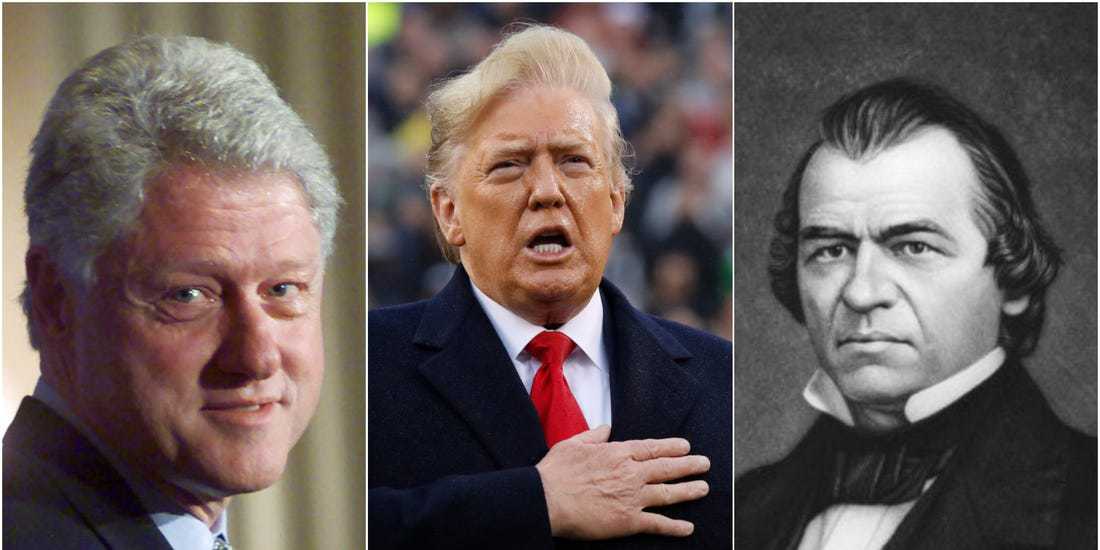 On Wednesday, the US House of Representatives impeached Pres. Donald Trump on two charges, one for abuse of power and the other for obstruction of justice. House Speaker Nancy Pelosi said a team of prosecutors is being formed to lead the case against Trump when the articles are eventually sent to the Senate for trial.

Senate Majority Leader Mitch McConnell has said he is coordinating with the White House and Senate Republicans to ensure an acquittal. House members considered keeping the articles instead of transferring them to the Senate for a final vote, concerned that they would not receive a fair trial there. McConnell previously admitted that he is not an “impartial juror.”

However, Pelosi announced on Thursday there will be a Senate trial when some of the details are worked out. “We would like to see a fair process and we will be ready for whatever it is,” she said.

Trump was charged with abuse of power for seemingly trying to pressure the Ukrainian president into investigating a political opponent by withholding military aid. He was impeached because he obstructed justice for refusing to comply and compelling others to not comply with Congressional subpoenas. Furthermore, he tweeted about witnesses who did cooperate during their testimony, something some have argued is a form of witness intimidation.

While the articles will likely move to trial in January, it is improbable that the impeached president will be removed from office due to the two-thirds majority required by the Senate, which is currently Republican-controlled. Nevertheless, Donald Trump is the third US president to be impeached in the entire history of the country.

On Thursday, Christianity Today magazine called for Trump’s removal from office, a significant blow to the president from the prominent publication, which was founded by Billy Graham in 1956. The evangelical community is known to be one of Trump’s most supportive groups of constituents.

Trump did not take the news well, tweeting about the “far-left magazine,” which he claims “knows nothing about reading a perfect transcript of a routine phone call” and would rather “a Radical Left nonbeliever, who wants to take your religion & your guns” be president. He then claimed that no other president “has done more for the Evangelical community.”

Trump does still have the support of Russian President Vladimir Putin, who took time during a Russian news conference to call the impeachment charges “completely made up.”

Newly released emails revealed that a request to withhold funds from Ukraine came hours after Trump’s phone call with the Ukrainian president.

The emails were obtained by a nonprofit through the Freedom of Information Act and released on Friday. The correspondence, which began about two hours after the phone call between the presidents, is between officials in the White House’s Office of Management and Budget and officials at the Pentagon.

An official wrote, “in light of the Administration’s plan to review assistance to Ukraine please hold off on any additional obligations of these funds, pending direction from that process.”

The heavily redacted emails are seemingly unlikely to impact the outcome of a future impeachment trial in the Senate.

Members of Parliament Vote in Favor of Johnson’s Brexit Plan

In the UK, 358 MPs have voted in favor of Prime Minister Boris Johnson’s plan for Brexit, which would allow the UK to leave the European Union on January 31, 2020. The plan received a majority of 124 votes.

Now, the bill will become the subject of further debate once sessions restart in the new year. The government has assured citizens that the bill will be law in time for the January 31 Brexit deadline.

Mafia Bust in Italy Leads to Hundreds of Arrests, Including Politicians

Over 300 people were arrested by Italian Military Police under suspicion of being involved with the ‘Ndrangheta, an organized crime group. The suspects, some of whom are politicians and police officers, were held on a variety of suspicions, including murder, money laundering, extortion, and belonging to a mafia organization.

The arrests were made on Thursday by thousands of officers in twelve different regions. ’Ndrangheta has become Italy’s most powerful mafia group. Prosecutor Nicola Gratteri said the operation “completely dismembered the top ranks of the Mancuso family,” a powerful clan that is a major part of the group. Luigi Mancuso, described as the head of the clan by Italian officials, was also arrested.

The raid was moved forward a day when investigators found that someone had warned members of the group of their plans.