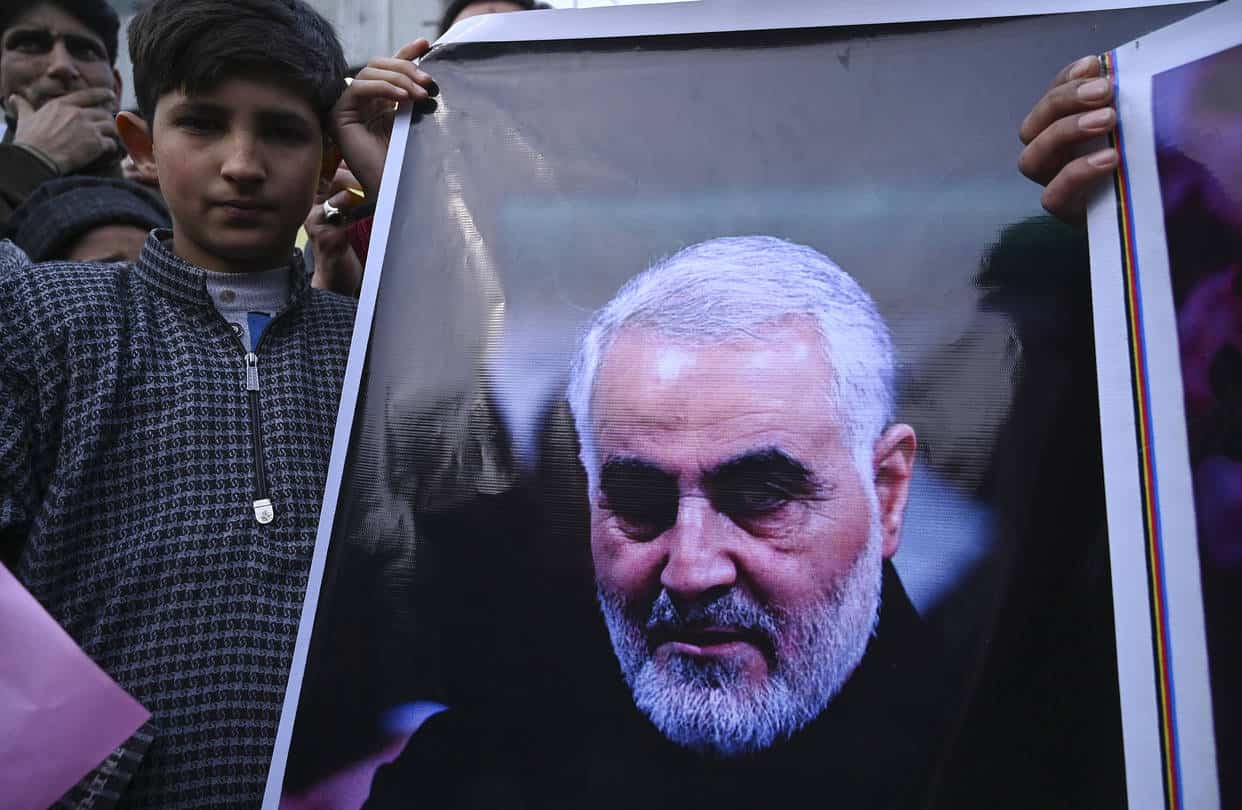 On Thursday, the commander of Iran’s foreign legion, Maj. Gen. Qassem Soleimani, was killed in an airstrike ordered by Pres. Trump at the Baghdad airport.

Trump said that the attack was necessary to protect Americans. “To terrorists who harm or intend to harm any American, we will find you; we will eliminate you,” Trump was quoted. According to Defense Secretary Mark Esper, the assassination was intended to “deter future Iranian attack plans.”

Last week, an attack on a military base in Iraq led to the death of an American contractor and left other American citizens with injuries. On Tuesday, a militia group with ties to Iran attempted to enter the U.S. embassy building in Baghdad, starting fires and causing other damage to the outside of the building.

Trump took to Twitter to express his anger and warned, “Iran will be held fully responsible for lives lost, or damage incurred, at any of our facilities,” and added that he was making a threat, not giving a warning.

In the days prior to the airstrike that killed Soleimani, Trump reportedly told guests at his Mar-a-Lago resort in Florida to expect big news in Iraq. Sources claim that Israel was also given knowledge of the intended strike, though American Democratic leaders were not.

Trump defended his decision with claims that Soleimani had “killed or badly wounded thousands of Americans over an extended period of time.” He also noted that Soleimani was “both hated and feared” within Iran, insisting the country is not as “saddened as the leaders will let the outside world believe.”

Leaders in Iran threatened “harsh retaliation” against the U.S. for the general’s death. Iranian President Hassan Rouhani promised, “Iran will take revenge for this heinous crime.”

On Saturday, Trump took to Twitter to announce that the U.S. has targeted 52 Iranian sites, “some at a very high level and important to Iran and Iranian culture,” and will strike those targets if Iran attacks the U.S. The president also shared that he chose to attack 52 sites to represent “52 American hostages taken by Iran many years ago.”

In Australia, the union of three separate fires has created a 23 square mile wildfire that is burning out of control.

Parts of the country reached temperatures of 120 degrees Fahrenheit on Saturday, breaking records and increasing the intensity of the fire. The day was predicted to be the most devastating day in the country’s fire season because of extreme weather conditions.

Since the fire season began for Australia in September, 23 people have died due to the conditions and over 1,500 homes have been destroyed. Australian Defense Force Reserve troops were deployed to areas in need on Saturday and four leased planes will soon be used to water-bomb the blaze.

Almost 500 million animals are predicted to have been killed in Australian wildfires since September and scientists anticipate various species of animals may risk extinction.

Climate scientists have said that more of the world will likely suffer similar wildfires to the one currently ablaze in Australia due to increasingly extreme temperatures and dry spells. They have noted a pattern of devastating blazes in various countries over recent years and warn they will continue to worsen without global action.

Monsoon rains in the capital of Indonesia have killed at least 60 people and more deaths are expected as searchers continue to look for survivors.

Landslides covered almost 200 homes and buried people alive while floodwaters reached 19 feet in some areas, leading to drowning and hypothermia deaths. Almost 400,000 people were left without homes and residents who remain in flooded areas are using boats to get around and look for missing loved ones.

This week’s downpours are the worst the area has seen in decades and the Indonesian Red Cross Society has warned that more severe rain is expected in the next week.

Due to rising sea levels and extreme weather patterns, Jakarta, the capital of Indonesia, is unstable and rapidly sinking.

The country’s president has said that the capital will be moved over the next ten years to an area known for rainforests, but climate experts have warned the move could cause another disaster if not handled properly. Some are concerned that the relocation, to one of the last natural habitats of the orangutan, could put stress on rainforest species.