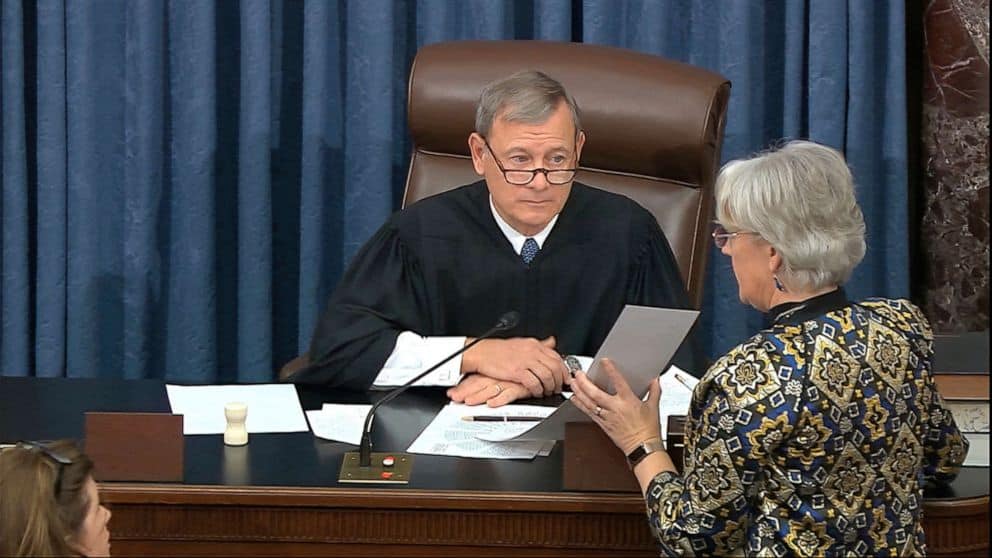 The Democrats lost the battle for witnesses with 51-49 votes in the impeachment hearing of President Donald J. Trump

The Senate voted early Friday evening to block witnesses in the Impeachment hearing with a 51-49 majority. The vote did not come as a surprise after Senators Lisa Murkowski (R-AK) and Lamar Alexander (R-TN) announced in the days preceding the vote that they would vote against hearing witness testimony.

The vote comes only days after the New York Times reported that John Bolton, former National Security Advisor to Trump, had first-hand experience of Trump tying military aid to Ukraine to a request for investigations into Joe Biden, his potential 2020 political rival.

Briefly, on Tuesday evening, after the Bolton revelations, it appeared that Senate Majority Leader Mitch McConnell (R-KY) had lost control of enough Republicans to block the witness vote after growing calls for Bolton to testify. McConnell regained control on Friday, paving the way for a smooth acquittal of the President, who is charged with abuse of power and obstruction of Congress.

Trump’s has become the first Presidential impeachment trial in American history (of which it is the third) to not hear from additional witnesses, which some have argued sets a dangerous precedent.

Representative Adam Schiff (D-CA), House Impeachment Manager, argued that not calling witnesses “will have long-lasting and harmful consequences long after this impeachment trial is over. We agree with the president’s counsel on this much, this will set a new precedent”. He argued that it set “a very dangerous and long-lasting precedent that we will all have to live with.”

It is unclear if Trump himself supported the move to block witnesses. He repeatedly tweeted on Friday expressing discontent with the fact that Democrats had the chance to call witnesses during the House inquiry while his defense did not.

“They had 17 Witnesses, we were allowed ZERO, and no lawyers,” he tweeted. He followed up, clarifying, “Democrats = 17 Witnesses. Republicans = 0 Witnesses.”

If the Senate had voted to allow witnesses, both sides would have been able to call witnesses—including the Republicans.

The only two Republicans to break rank and vote with the Democrats and Independents for witnesses were moderate Senators Mitt Romney (R-UT), and Senator Susan Collins (R-ME).

On Thursday, Collins released a statement announcing her vote: “I believe hearing from certain witnesses would give each side the opportunity to more fully and fairly make their case, resolve any ambiguities, and provide additional clarity.”

Romney followed suit on Friday morning, announcing through a spokesperson that he intended to vote in favor of witnesses and specifically wanted to hear from John Bolton.

Alexander, whom Democrats had hoped would provide another moderate vote, stated that he would not be voting for witnesses because he had enough evidence that Trump had done what he was accused of, but that it didn’t rise to the level of an impeachable offense.

“I don’t need to hear any more evidence to decide that the president did what he’s charged with doing,” Alexander told NPR. “So if you’ve got eight witnesses saying that you left the scene of an accident, you don’t need nine.”

Murkowski, on the other hand, argued that the process had become too partisan and that there would be no fair trial either way. “I don’t believe the continuation of this process will change anything. It is sad for me to admit that, as an institution, the Congress has failed,” she said in a statement. “We are sadly at a low point of division in this country.”

Next Steps For Impeachment

Without calling witnesses, the Senate Trial is expected to wrap up next week with an acquittal. The Senate plans to take the weekend off and resume the trial on Monday with closing arguments from both sides.

A two-thirds majority of 67 votes is required for a guilty verdict, which would require twenty Republicans to join all of the Democrats and Independents. There is no expectation that this would happen.

Eyes now move to moderate Democrats in red states who have indicated that they may vote to acquit, which would be seen as a symbolic victory for Trump.