No Clear Winner in Iowa Amid Democratic Results 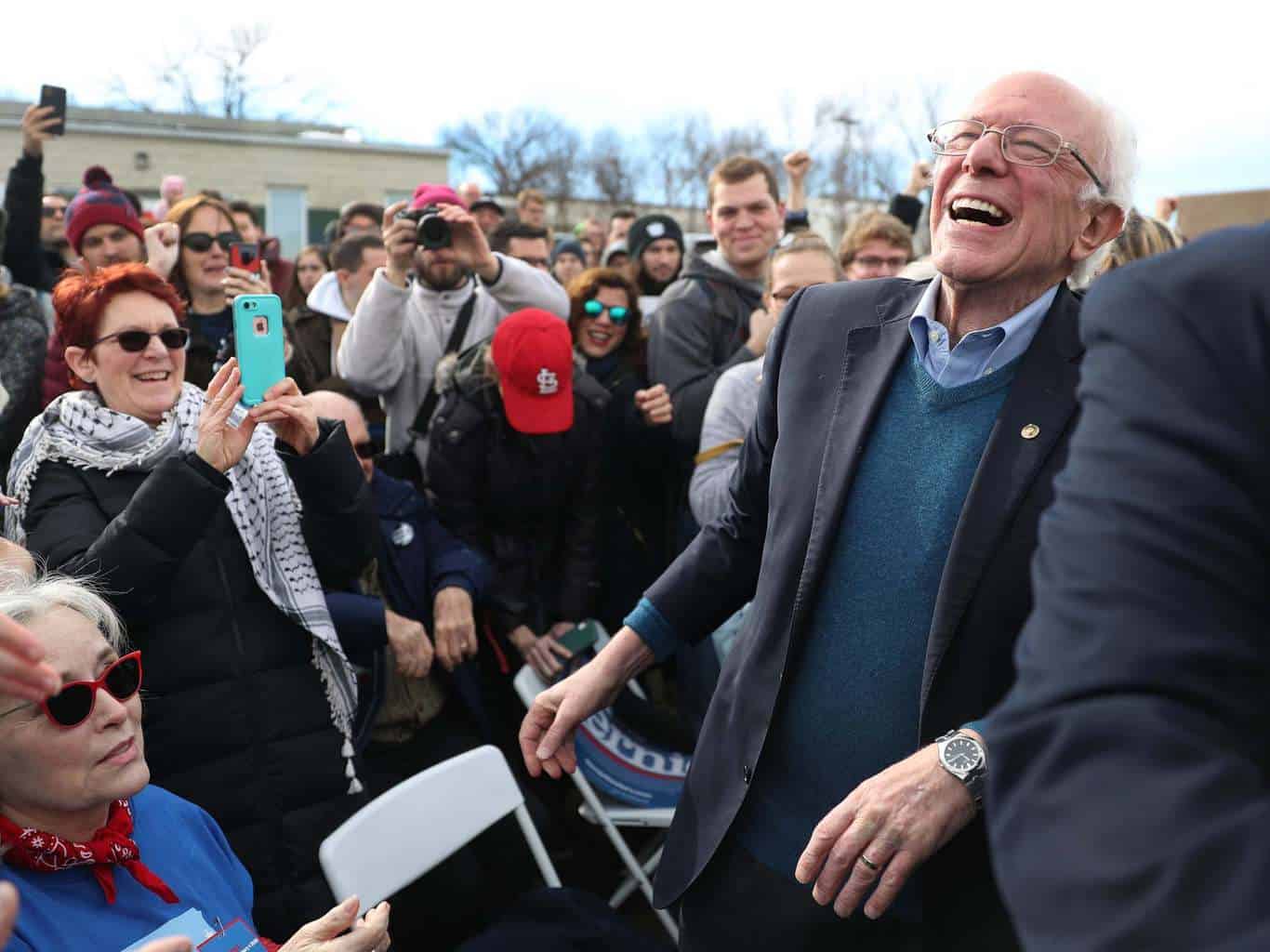 Update 5:45 EST: Mayor Pete Buttigieg now has the lead after the first round of results were released by the Iowa Democratic Party. with 363 state delegates, followed by Bernie Sanders (338), Elizabeth Warren (246), and Joe Biden (210).
—

As of midnight EST on Monday night, no results had been reported for the 2020 Presidential Iowa Democratic Caucus. This morning, candidates and caucus-goers are still waiting for results. Reporting irregularities with the Iowa Democratic Party’s results reporting app led to significant delays in reporting while the party verifies result counts via text, phone calls, and photos. The irregularities have caused many to already state their mistrust the final results and denounce the first Democratic race of the season as a “disaster”.

The caucus is the first chance voters have to winnow down the historically large Democratic field. Going into the caucus, former Vice President Joe Biden, Senator Elizabeth Waren, Senator Bernie Sanders, and Mayor Pete Buttigieg were leading the polls, with Biden the national frontrunner. Early reporting has indicated that Sanders may have earned the most delegates, with Warren, Buttigieg, and Senator Amy Klobuchar following. Biden appears to have underperformed, coming in last out of the top five candidates. However, no official numbers are yet reported.

Unlike a standard voting primary, the complicated caucus process involves community members meeting in person in local gymnasiums, churches, recreation centers, firehouses, and other community centers across the state. Voters physically group themselves according to their preferred candidate, are able to give stump speeches in support of their candidate, and shuffle around until all candidates meet the minimum threshold of 15 percent support. From there, delegates are assigned.

The only clear winner last night was President Trump, who was reported the winner of the Iowa Republican caucus within a half-hour of the caucus beginning.

The Iowa Democratic Party announced Tuesday after a conference call with the candidates that the majority of results would be released at 5 pm. EST on Tuesday.

On Monday night, Iowa Democratic Party (IDP) Communications Director Mandy McClure released a statement announcing that the results would be delayed amid reporting “inconsistencies”. “This is simply a reporting issue,” the statement read, “the app did not go down and this is not a hack or an intrusion. The underlying data and paper trail is sound and will simply take time to further report the results.” The IDP is using photos of the paper trail to verify results.

Reports of problems with the results reporting app started coming in the hours leading up to the caucus, with some precinct chairs deciding in the last minute not to use it due to trouble downloading or running the app by volunteers. Concerns were first raised about the app last month. The IDP had set up a hotline to report problems, which was flooded with precincts attempting to report via phone. Some precinct leaders were hung up on while trying to call in to report. Others went home after hours of being on hold.

In previous years, phone lines were the primary method of communicating results. However since the app was expected to succeed, the phones were staffed with only about a dozen people for 1,765 precincts.

The decision to use an app to report results came among growing distrust of electronic voting systems and fears of hacking and foreign interference in United States elections. For the first time this year, the IDP has required paper records to be maintained to verify the electronic results—a reform for which party leaders are certainly now grateful.

The app was reportedly created by a Democratic tech firm called Shadow, which was funded by Acronym. The head of Shadow, Gerard Niemira, used to work for the Clinton campaign. The app was developed in just the past two months, not tested on a state-wide scale, and no training was provided to volunteers.

Iowa Democratic Party Chair Troy Price reported Tuesday morning that the issue with the app has been identified. In a statement, he said, “We have determined that this was due to a coding issue in the reporting system.”

The irregularities have led many voters to preemptively denounce the results of the caucus. The effect has been to suppress the excitement for those like Sanders who took the lead since they were denied an official announcement and a prime time victory speech. Biden, on the other hand, benefits from the distrust since he underperformed.

In 2016, the Democratic Party was accused of bias against Sanders and attempting to prevent his surprising rise in the party in 2016. The Iowa caucus has re-opened old wounds for Sanders supporters who feel that the Democratic establishment is willing to stop at nothing to prevent a Sanders nomination. Accusations of rigging have already started flying on social media. However, there is currently no evidence that the technical difficulties were intentionally caused by anyone inside the Democratic party.

Republicans have seized on the moment to remind voters of their argument that the election is “rigged”, in a transparent attempt to help the Democratic party implode from the inside and reignite 2016 divides.

Further frustration has been caused by multiple ties that had to be decided via coinflip. Coinflipping became a major point of contention in 2016 after Hillary Clinton won a number of coinflips against Bernie Sanders.

Multiple candidates gave speeches Monday evening claiming at least some degree of success, including Klobuchar, Biden, Warren, Sanders, and Buttigieg. Andrew Yang, who failed to meet the 15 percent viability threshold in most districts, took the opportunity to joke about the situation. “I gotta say I’m a numbers guy and I’m still waiting on numbers for tonight,” he said.

A winner is expected to be announced in the next few days, but the results are expected to remain overshadowed by the inconsistencies.

After the failure to decisively declare a winner in Iowa, candidates are looking forward to the New Hampshire primary on February 11th as their next chance to get ahead of the pack. The Iowa caucus has historically provided important momentum for the caucus winner or those who over-perform, acting as a microcosm of Middle America electability despite making up about 1% of the total delegates at the Democratic National Convention.

Some in the Democratic Party argued that Iowa does not provide enough of a representative sample of the diversity of the country to serve in its role of voting first, like Julian Castro. Critics of this argument have pointed to the 2008 election, in which the Iowa caucus was an important stepping stone for President Barack Obama when he surprised the nation with his win of John Edwards and Hillary Clinton. The failure to provide a clear winner this year is likely to haunt Iowa in four years as they try to defend their influential role in the election process.