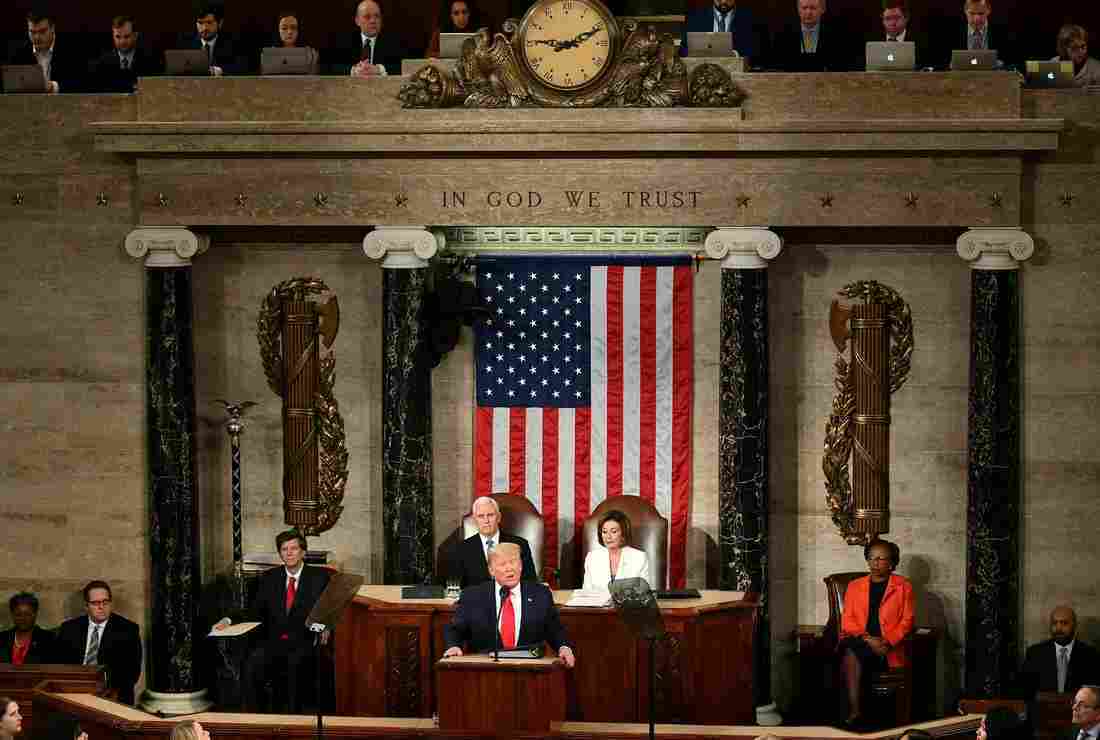 Last week was an eventful one for Pres. Trump, starting with a win in the Iowa Republican Caucus on Monday, followed by the delivery of a State of the Union address on Tuesday and an expected impeachment acquittal on Wednesday, and then ending with two controversial terminations.

With his eye on re-election, Trump boasted “incredible results” in his “great American comeback” over the last three years during his State of the Union speech on Tuesday. Though Trump claimed that the state of the union is strong, he refused to shake hands with Speaker of the House Nancy Pelosi, who later tore up a copy of his speech.

At the conclusion of the impeachment trial on Wednesday, a majority of the Senate concluded that abuse of power and obstruction of Congress, as found and charged by the House, did not provide grounds for Trump’s removal from office.

Though every Democratic Senator voted to convict Trump, only one Republican in the Senate, Mitt Romney, broke with the rest of his party to vote for conviction.

At the end of the week, Trump fired two impeachment witnesses from their official positions. Lt. Col. Alexander Vindman, top Ukraine expert for the National Security Council, and Gordon Sondland, US Ambassador to the European Union, were terminated for “siding against the President” during his impeachment. “Flushing out the pipes,” a Trump adviser told CNN of the terminations.

Both gave illuminating testimony under subpoena in the House Impeachment trial regarding Trump’s interactions and alleged quid pro quo with the Ukrainian president. Sondland released a statement announcing he was being recalled “effective immediately” and thanked Trump for “the opportunity to serve.”

Vindman’s lawyer said his client was fired “for telling the truth” and warned, “If we allow truthful voices to be silenced, if we ignore their warnings, eventually there will be no one left to warn us.”

Lt. Col. Yevgeny Vindman, an attorney for the National Security Council and Vindman’s twin brother, was also terminated “suddenly and with no explanation, despite over two decades of loyal service to this country,” according to Vindman’s attorney. Yevgeny Vindman did not testify during or speak publicly about any part of Trump’s impeachment.

Democratic Primary Update: Buttigieg and Sanders in Near Tie with 99% of Results In

South Bend Mayor Pete Buttigieg declared a victory in a town hall the night of voting, without any official results to support his statement. Buttigieg walked back his statement the next day, saying he felt it was a general victory to even move on.

Sen. Bernie Sanders jockeyed in and out of the lead position through trickling information. The final tally has Buttigieg trailing Sanders by more than 2,600 votes, yet leading in total state delegates. In other words, Sanders won the popular vote but lost in delegates.

“One thing I believe is that in an American presidential election, the person who gets the most votes ought to be the person who wins,” Buttigieg said last year during a town hall, in reference to Hillary Clinton’s loss to Donald Trump. Rolling Stone asked Buttigieg’s campaign about the statement in regards to the Iowa results but they reportedly deferred to the Iowa election process.

Both Sanders and Buttigieg eventually made controversial declarations of their wins in Iowa, illuminating the existing divide between left and center in the Democratic party. Friday night, seven candidates took the stage for another Democratic debate prior to the New Hampshire primary, which will take place on Tuesday.

Chinese health officials have reported that total Chinese deaths from the coronavirus have surpassed the global total of 774 deaths for the 2002/2003 SARS pandemic, climbing to 811 deaths in mainland China last week.

Over 34,000 people have been diagnosed with the virus in China alone. The World Health Organization (WHO) reported the number of newly diagnosed cases is remaining steady, as opposed to increasing, but added there were still suspected cased to be confirmed. “It’s very, very, very early to make any predictions about numbers in this outbreak. This is still a very intense disease outbreak,” according to Michael Ryan, executive director of WHO’s health emergencies program.