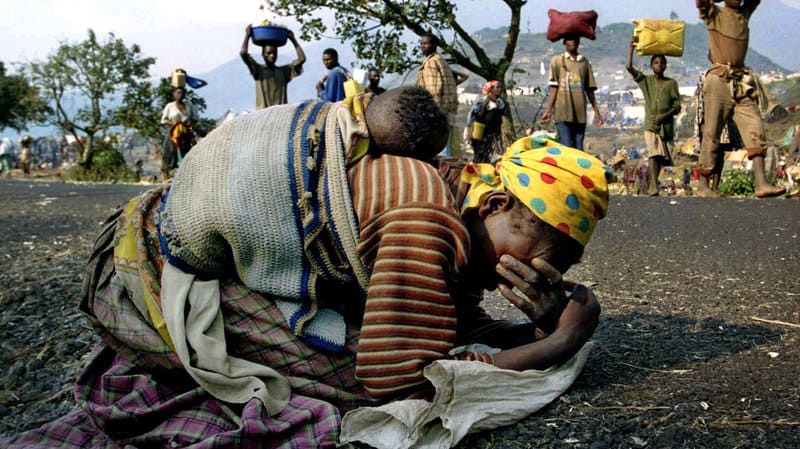 International war criminal, Félicien Kabuga, was arrested by French officials in Paris on Saturday morning after living for decades as a fugitive. He was wanted worldwide for his part in the 1994 Rwandan genocide, a slaughter which brought about the deaths of approximately 800,000 people over a little more than three months.

The genocide began when a plane carrying the president of Rwanda was shot down, killing everyone on board. The president was Hutu, a member of the ethnic majority in Rwanda, and the attack was blamed on Tutsi rebels, members of a once-dominant minority.

Hutu leaders were prepared with lists of names that were provided to militias for targeted murder. Political rivals and their families were butchered, even some who were moderate Hutu but did not support the indiscriminate slaughter of Tutsi people. The initial orchestration of the violence led some to believe that powerful members of the Hutu had coordinated the murder of the president in order to catalyze the Tutsi genocide.

Tutsis and other minorities were murdered in large numbers, not only by militias but also by their neighbors and family members who claimed fear of retribution otherwise. Priests and nuns were convicted of killing minorities who sought refuge in churches. Many would use machetes or other household weapons to butcher their victims.

Kabuga is accused of supplying weapons to militias and dispersing propaganda via his radio station as a wealthy and influential businessman in Rwanda. Both actions were believed to be taken with the intention of escalating violence against ethnic minorities. He was indicted in 1997 but evaded arrest and has carried a $5 million bounty on his head, offered by the U.S. Department of State.

The 84-year-old was said to have been living quietly in Paris under a new identity but was identified and captured through global efforts. He will be prosecuted by the International Residual Mechanism for Criminal Tribunals and chief prosecutor, Serge Brammertz.

Brammertz applauded Kabuga’s arrest as a reminder that those responsible for the 1994 atrocities can still be held accountably, even nearly 25 years after the genocide.

A Kabul, Afghanistan maternity ward was attacked in a militant strike on Tuesday, killing 24 people, including newborn babies, mothers, and nurses. The charity that runs the hospital, Médecins Sans Frontières, reported the gunmen went to the maternity ward “with the purpose of killing mothers in cold blood.”

Witnesses described the details of the strike as nothing short of horrific. Three assailants gained access to the Dasht-e-Barchi hospital by dressing as police officers and they went for the maternity ward. Once they reached their target, they began chaotically shooting women who were in labor or who had recently given birth. Three women were shot to death while giving birth and two babies, only hours old, were also reportedly killed.

Another woman gave birth through gunfire and mortal fear while hiding from the assailants. Special forces rescued approximately 100 people following the attack and some 19 babies were taken to children’s hospitals, their mothers feared dead. The gunmen were killed.

Afghan president, Ashraf Ghani, has blamed the Taliban and resumed offensive operations against the group, which has denied involvement in the attack. The Islamic State (IS) claimed responsibility for a deadly suicide bomb detonated at a funeral in a different part of the country the same day, but they have not credited themselves with the hospital strike in Kabul.

State Department Inspector General, Steve Linick, was fired Friday night and Congress was notified by a letter written to House Speaker Nancy Pelosi. President Trump cited a lack of confidence in Linick as his reason for the decision, but a White House official claimed that Secretary of State Mike Pompeo urged Trump to oust Linick to keep himself safe from scrutiny.

Democratic lawmakers have said that Linick was investigating Pompeo for misconduct, specifically using a political appointee to perform personal duties for himself and his wife. They have asked the White House to turn over any records related to Linick’s termination.

Linick was hired by Obama and his replacement is closely tied to Vice President Mike Pence. He is one of many inspector generals who have been unceremoniously fired by Trump after sharing criticism of the administration.