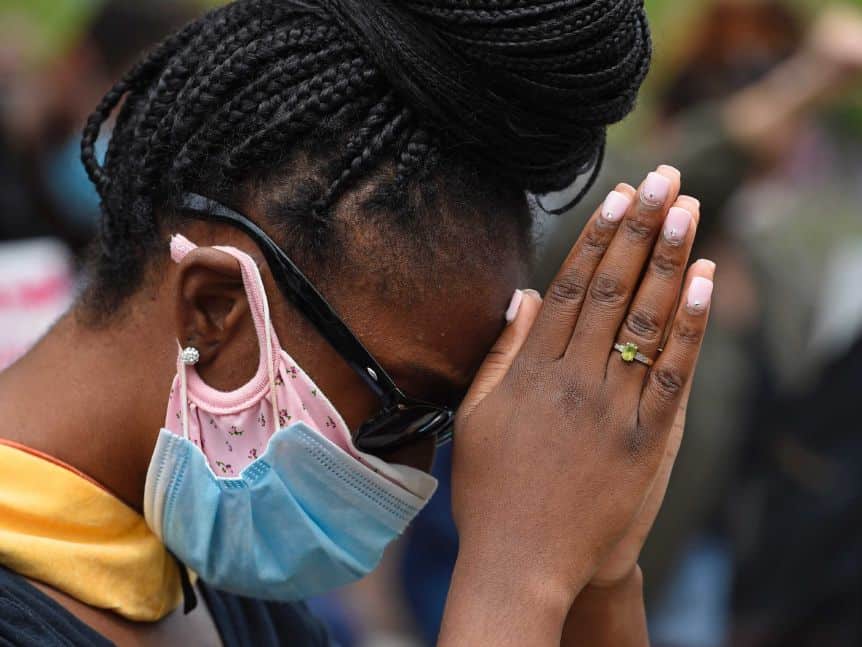 As United States President Donald Trump has resumed daily coronavirus task force briefings while cases and deaths continue to surge across the country, there is mounting evidence that the U.S. response to the pandemic has hurt its standing as a global superpower.

The U.S. surpassed 141,000 deaths from COVID-19 on Tuesday and is still the top 10 globally in both cases and deaths per one million residents. President Trump has remained adamant that his administration has responded well to the pandemic — earlier in July, he said that it had been “handled,” and while he shifted tone on Tuesday, saying the COVID-19 problem will “get worse before it gets better,” he still spoke strongly of his administration’s response.

“We are in the process of developing a strategy that’s going to be very, very powerful. We’ve developed as we go along,” Trump said during his daily briefing. “Some areas of our country are doing very well, others are doing less well.”

But internationally, the view on the Trump administration’s response to the pandemic has been received with less enthusiasm. A report released within the past month by the European Council on Foreign Relations (ECFR) indicates that perception of the U.S. is worsening across the European Union (EU).

Meanwhile, scientific experts in Europe are wary of the U.S. response as well. Despite their faith in the COVID-19 research being done by U.S. scientists, they feel the country has floundered in their political approach to containing the virus.

“Many scientists appeared to have reached an adequate assessment of the situation early on [in the United States], but this didn’t translate into a political action plan,” said Thomas Gerlinger, a professor of health sciences at the University of Bielefeld in Germany.

“I don’t understand that logic,” Reinhard Busse, a health-care management professor at the Technical University of Berlin, said in regards to many U.S. states reopening their economies despite rising case numbers.

According to the Office of the United States Trade Representative, the EU as a whole is the top export market for the U.S., with the two markets seeing $807 billion in total (two ways) goods trade during 2018. The U.S. also remains a leader among NATO member-states, which plays a vital role in defense of numerous European nations.

The declining faith in the U.S. among Europeans could potentially fracture relations between the E.U. and U.S., according to the aforementioned ECFR report. The authors of the report state that “if Trump’s America struggles so much to help itself, how can it be expected to help anyone else,” indicating the U.S. may be at risk of losing its status as a global leader in the eyes of some of its most important economic and military allies.

There are also concerns over the safety of the U.S. amidst the Trump administration’s response to the pandemic, with numerous journalists in the international community reporting that folks, where they’re based, are beginning to view the U.S. not as a destination for travel or study, but as a location to avoid — a drastic change from what we’ve seen in recent history.

“For decades, the U.S. was seen as a dream destination for study, work, and tourism. Now, Taiwanese returnees share tales of their “great escape” from the U.S. back to a place where healthcare is universal, cheap, and high quality,” said Tim Culpan, a Bloomberg technology columnist based in Taipei. “These days, America is no longer the place to be but the place to avoid.”

“People in Hong Kong find the U.S. ambivalence over masks hard to understand. One friend describes America as ‘the worst place to visit right now.’ Another views the country as ‘out of control,’ with states opening too early,” said Nisha Gopalan, a Bloomberg banking columnist based in Hong Kong.