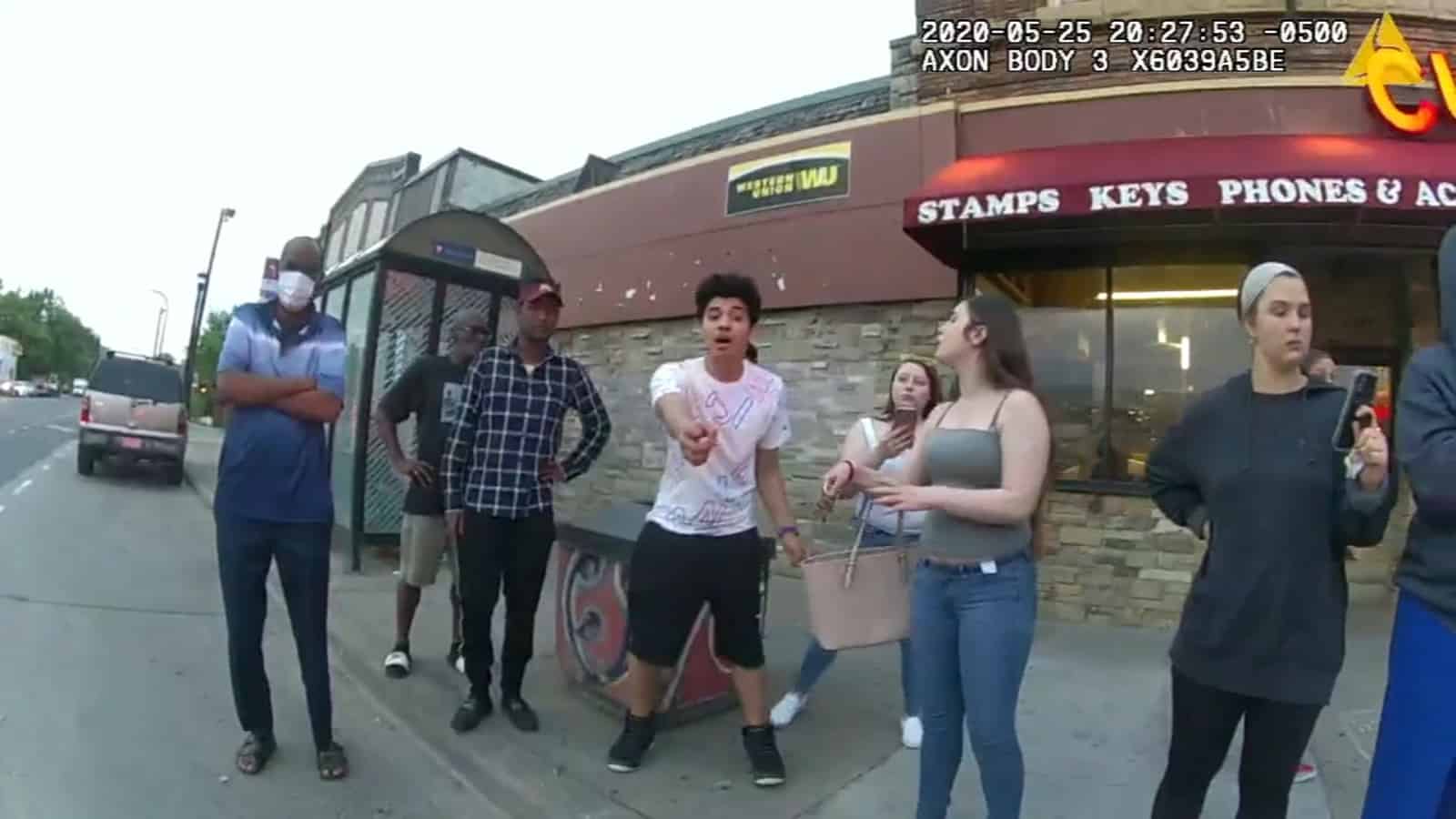 Newly released footage from a body camera worn by former Officer Tou Thao during George Floyd’s arrest highlights the startling lack of empathy shown by another former officer towards Floyd while he was dying in police custody.

“This is why you don’t do drugs, kids,” Thao told a growing crowd of disturbed onlookers, who pleaded with the officers to check Floyd’s pulse while former Officer Derek Chauvin squatted on his neck.

In the video, a man can be heard stating he believed Chauvin was “enjoying” what he was doing to George Floyd’s. Thao coldly dismissed their calls by claiming Floyd was “talking, so he’s fine.”

When a Black man stepped off the sidewalk, Thao shoved him but then yelled for the man not to touch him again. The crowd shouted that the man never touched Thao, raising the question of why an officer would attempt to create a false narrative and illuminating how body camera footage can often contradict those claims, when it’s not somehow lost.

All four officers involved in Floyd’s death were fired and face various charges, including second-degree murder for Chauvin. Thao’s lawyer has claimed he is not guilty of aiding and abetting in George Floyd’s death because he was focused on crowd control and did not know the other three former officers that were restraining Floyd would kill him.

However, the footage from his body camera shows several bystanders yelling to Thao that Floyd would die if Chauvin continued his restraint. They begged him to check for a pulse, then just as the crowd predicted would happen, George Floyd was suffocated by a fellow officer right behind Thao.

Thao’s trial will bring to question whether his job as a police officer was to intervene on Floyd’s behalf and to prevent his death or to stop others from doing so.

On Tuesday, former Vice President Joe Biden announced that Senator Kamala Harris will be joining him on the campaign trail as his running mate, ending months of speculation that the former rivals for the Democratic nomination would run together against Donald Trump.

In a campaign email, Biden wrote how his late son, Beau Biden, affected his choice. “There is no one’s opinion I valued more than Beau’s and I’m proud to have Kamala standing with me on this campaign,” he shared, referencing Harris’ friendship with Beau prior to his 2015 death.

Harris, whose parents immigrated from Jamaica and India, is the first Black woman and the first Asian American woman to appear on an American presidential ticket.

Biden would be the oldest person ever elected at 77 and has referred to himself as a “transitional candidate,” making the odds of Harris becoming president through succession, or running as the Democratic nominee in 2024, seem more likely.

Harris has faced scrutiny for her record as California’s attorney general and choosing not to prosecute Steve Mnuchin in spite of damning internal memos suggesting “potentially illegal tactics to foreclose on as many as 80,000 California homes.”

Harris has waved off such speculation, as well as questions over contributions from Donald and Ivanka Trump to her attorney general campaigns, as overblown. The Trump donations supposedly were forwarded to an immigration group.

In spite of providing previous monetary support, Trump called Harris “nasty” and “the meanest” while questioning Biden’s vice presidential choice. “I was a little surprised,” Trump admitted of hearing Harris was Biden’s choice.

On Saturday, protesters gathered outside the home of postmaster general Louis DeJoy to demand his resignation over concerns he is helping President Trump dismantle the United State Postal Service prior to the November election, which will rely heavily on mail-in ballots.

DeJoy was appointed by Trump in June and immediately began making broad changes that will reduce the integrity of efforts to vote-by-mail. The changes have also led to slower deliveries of medical necessities and on-time payments.

Trump recently admitted he is also withholding funding to the USPS, because without the funding they cannot accommodate the influx in traffic. “If we don’t make a deal, that means they don’t get the money,” Trump admitted. “That means they can’t have universal mail-in voting; they just can’t have it.”

Trump requested his own mail-in ballot earlier this week.