Democratic National Convention Kicks Off With Unity Against Trump 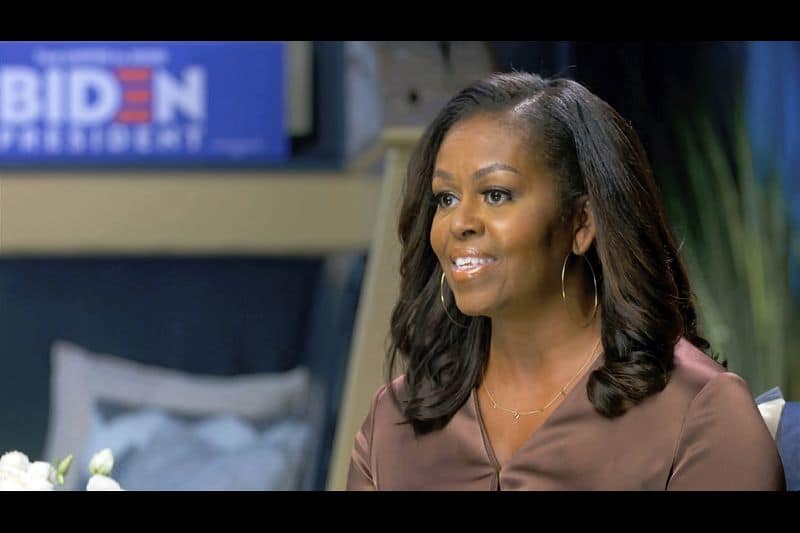 The first night of the Democratic National Convention was held virtually for the first time in its history Monday, August 17. The new format was a striking reminder of how much our lives and politics themselves have changed over the last six months due to the Covid-19 pandemic that is still surging across the country.

The convention, which is held to officially nominate the Democratic presidential candidate, this year, Joe Biden, featured a mix of speakers that included democrats and republicans alike, all sharing a very clear message. In the word of Michelle Obama herself, “Donald Trump is the wrong president for our country.”

All in all, the speakers presented a united front in support of Joe Biden’s nomination and a call for the urgent need for his election. Senator Bernie Sanders and former First Lady Michelle Obama were the headliners of the night, but there were some other surprising and powerful moments delivered by guest speakers. Here are the highlights from night one of the Democratic National Convention.

Kristin Urquiza gave a passionate speech about the death of her father, Mark Urquiza, at the age of 65, from Covid-19. Kristin has channeled her anger and grief into activism since her father’s death, founding the Marked by COVID movement. She came into the public eye after her father’s obituary was published, in which she publicly blamed and criticized the local and federal governments for failing to protect and educate their citizens about the dangers of coronavirus.

In her powerful and emotional speech, Urquiza called out Trump and his administration for their failure in response to the coronavirus pandemic. “My dad was a healthy 65-year-old,” she said. “His only pre-existing condition was trusting Donald Trump — and for that, he paid with his life.”

As a Republican who once sought the presidential nomination himself, Kasich appeared virtually to speak to Americans on both sides on the aisle. He assured both Republicans and Independents that a vote for Biden was not something they needed to worry about. That Biden is “reasonable, faithful, respectful, and, you know, no one pushes Joe around.”

In his speech, Kasich urged Americans to “take off our partisan hats and put our nation first for ourselves and, of course, for our children.”

Gov. Cuomo has risen to national recognition due to his handling of the coronavirus pandemic in New York, one of the nation’s first and largest hotspots. His daily briefings were aired nationally on news media outlets, and he has long been a harsh critic of the federal government’s handling of the pandemic.

In his speech last night, he continued to hold nothing back when discussing the Trump Administration and their mishandling of the COVID-19 crisis.

“COVID is the symptom, not the illness. Our nation is in crisis, and in many ways, COVID is just a metaphor. A virus attacks when the body is weak and when it cannot defend itself. Over these past few years, America’s body politic has been weakened.”

Bernie Sanders used his time to pledge his complete support for Joe Biden as the Democratic nominee for president. After his last appearance in 2016, when Hillary Clinton was announced as the nominee, there was a noticeable change in Sanders’ tone.

Last night Sanders spoke directly to his progressive base, urging them to show up and vote for Biden in November. For a party that has long been split between moderates and progressives, Sanders called for a united front in defeating Donald Trump.

The former first lady, who famously “goes high,” delivered a powerful and, at times, sobering speech discussing the state of our country and the lack of leadership demonstrated by President Trump and his administration.

While consistent in taking the high road, Obama did not mince words and shared an ominous warning with the American people, “If you think things cannot possibly get worse, trust me, they can, and they will if we don’t make a change in this election.”

She talked about systemic racism, “George Floyd, Breonna Taylor, and a never-ending list of innocent people of color continue to be murdered, stating the simple fact that a Black life matters is still met with derision from the nation’s highest office.”

She touched out the issue of masks and the lack of empathy and unity that is fueling the divisiveness across the country. She concluded her powerful message with this statement, “if we want to keep the possibility of progress alive in our time if we want to be able to look our children in the eye after this election, we have got to reassert our place in American history. And we have got to do everything we can to elect my friend, Joe Biden, as the next president of the United States.”

The Democratic National Convention will continue virtually every night until Thursday, August 20.