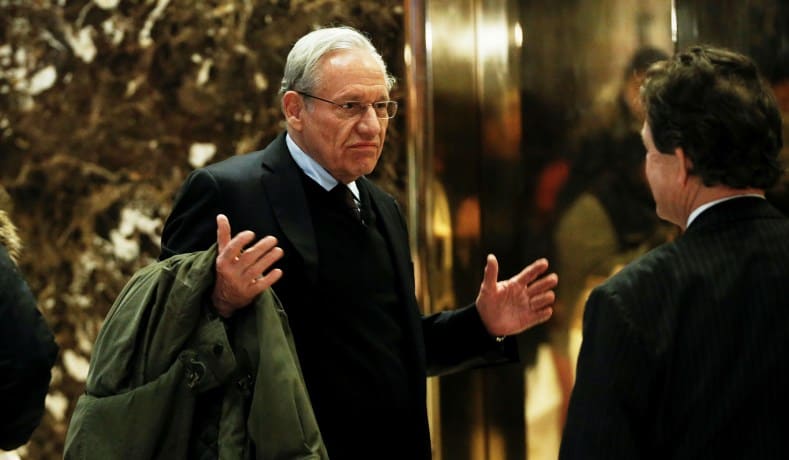 In startling admissions caught on tape in February, Pres. Donald Trump acknowledged to journalist Bob Woodward that he was downplaying the severe threats of the coronavirus pandemic. This revelation came shortly after the first reported U.S. case.

Trump explicitly told Woodward within a series of 18 recorded interviews that COVID-19 is more lethal than even the most severe flu. He warned Woodward, “This is deadly stuff.”

The president explained he had been trying to minimize the severity of the virus publicly because he did not “want to create a panic.” He claimed to Woodward that he “wanted to always play it down” to create an appearance of calm confidence.

But Trump didn’t just downplay the virus in order to avoid panic, which he seemingly does not hesitate to encourage in other scenarios. The president withheld information that could have saved countless American lives.

Most importantly, he lied about the graveness and the uncontrollable spread of a deadly virus.

Trump’s public comments Against What he Told Woodward In Private

An upcoming book by Woodward provides much of the incriminating information. The media received copies of the book, titled ‘Rage’, along with audio recordings of the president to verify some of the allegations.

The recordings make one thing abundantly clear; what Trump said privately was irrefutably different from his statements to the public around the same time.

Trump diminished the potential impact of the virus by comparing it to the flu at a February press conference. He obtusely noted that the common flu can kill up to 69,000 people in the U.S. a year. The president marveled over how “incredible” the number was.

Trump later asserted to reporters, “This is a flu.” He then retracted slightly by adding, “This is like a flu.”

Beyond providing false information, Trump publicly discouraged the use of masks in spite of global health recommendations. Furthermore, he pressured states to resume normal operations in the early phases of shutdown. He also tried to demand children go back to traditional schools in crowded hallways and classrooms.

Almost 190,000 people have died and deaths are over 1,000 per day again in the U.S., according to recent reports. Within the country, the first case was confirmed at the end of January.

Current Democratic presidential nominee Joe Biden joined the outcry against Trump, his political rival. He accused the president of failing to do his job on purpose.

But this scandal could be just what Biden needs to push him ahead in polls, some which show a tight race.

Bob Woodward is a journalist best known for his work in the Watergate scandal. He is also an associate editor of The Washington Post.

Woodward, an associate editor at The Washington Post, sat on the recordings for months. Some have argued it was a politically savvy move that may have helped in evicting Trump.

Others note that releasing the recordings sooner may have created a more informed populace in the early phases of virus spread.

The president has seized the opportunity and joined the cries against Woodward for keeping the tapes secret. Trump tweeted, “Bob Woodward had my quotes for many months. If he thought they were so bad or dangerous, why didn’t he immediately report them in an effort to save lives?”

Only a day prior to the release of the audio tapes, the president held an outdoor campaign rally in Winston-Salem, N.C. Thousands of supporters were in attendance.

Trump did not wear a mask and many in the crowd were not wearing masks, either. Even outdoor events are supposed to be limited to 50 people in attendance. Furthermore, attendees were not practicing social distancing.

Trump knew his negligent attitude could contribute to spread of the virus on Tuesday, but few others knew to what extent he was aware before Wednesday.

Trump seems to be entirely focused on re-election. What will it mean to his supporters when they realize he directed them in ways directly contrary to their health?

That question will most likely be answered in November.