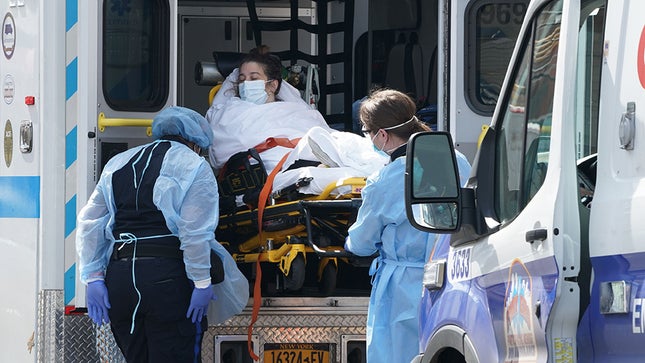 Since the beginning of the COVID-19 (Coronavirus, 2019) global pandemic, the international community has had to battle the virus itself along with a series of misinformation that has elongated the issues surrounding its spread.

The World Health Organization coined the term ‘infodemic‘ to describe the rapid spread of misleading or fabricated news surrounding COVID-19. An ‘infodemic’ takes numerous shapes including: erroneous news articles, memes that make false claims, and videos that distort the truth.

Another cause for concern relating to an ‘infodemic’ relates to various media sources. Podcasters like All Elite Wrestling (AEW) roster member Chris Jericho, who performed at the Sturgis Motorcycle Rally in August with his band Fozzy, an event that has led to more than 250,000 new COVID-19 cases, according to reports.

In February, during the beginning stages of coronavirus becoming an international problem Jericho allowed two COVID-19 conspiracy theorists on his Talk Is Jericho platform to spread false claims and stoke the flames of scientific ignorance regarding the virus.

The February 19th episode description gives a measure of credibility to the ‘COVID truthers’ while ignoring the known science at the time:

The new coronavirus pandemic has infected over 70,000 and killed close to 2,000, but is it as dangerous as the World Health Organization, CDC, world governments, and the news media would have you believe? Not according to truthers David Weiss and RV! They explain how and why the satanic government concocted the coronavirus conspiracy, the disturbing reasons behind the many supposed pandemics that have struck the world in recent decades (including SARS, Bird Flu, Swine Flu, and HIV/AIDS in the 90s), and what you can do to protect yourselves and your families from all of the mind control!

In August, immediately following Fozzy performing in Stergis, Jericho made the following defense of the decision, “The reason why the shows are happening — have happened; we did two already, and we’ve got our third one tonight — is because these states of North Dakota and South Dakota have low COVID cases; less than a thousand in both states.” He continued, “We hand out masks at the door, there are temperature checks — all that sort of stuff. We basically just stay on the bus all day. Everyone in the Fozzy camp — crew and band — has been tested.”

However, multiple reports documented most in the small city of Sturgis were without masks through the duration of the rally. Unknowingly, Jericho’s decision to use his platform to not speak about the importance of masks, social distancing, and debunking false claims about COVID-19 led to the bad public relations moment he and his band are going through currently.

“…We’re also battling the trolls and conspiracy theorists that push misinformation and undermine the outbreak response,” said WHO Director-General Tedros Adhanom Ghebreyesus in a late August memo regarding the ‘infodemic’ surrounding COVID-19.

Tim Nguyen whose team manages the Information Network for Epidemics (EPI-WIN) made revealing comments regarding the spread of misinformation surrounding COVID-19, “Infodemics have already happened in one way or another in past epidemics, but what’s happening right now is something of a global scale…” he began. “This has created a new situation where we are rethinking and reshaping our approach to managing infodemics in emergencies.”

The Bulletin of the Atomic Scientists attributes the ‘infodemic’ to several factors including political polarization (leading to individuals placing partisan motivations on scientific information) and the speed in which social media operates.

While their suggestions do not blame the existence of social media for the problem, they suggest the ‘freedom from liability’ platforms like Facebook, Twitter, and YouTube have made it easier for them to not remove clear misinformation as quickly as they should.

While platforms have made some steps to regulate the spread of coronavirus misinformation, false claims put forward by influencers hungry for impressions continue to remain prevalent.

The Pan American Health Organization (PAHO), in conjunction with the WHO, published a factsheet to show how the ‘infodemic’ is making the spread of factual information more difficult.

While some outlets are attempting to debunk famous COVID-19 conspiracy theories and false claims, the sheer prevalence and politicization of the virus remain an issue in the United States.

The widespread following of COVID-19 safety protocol would drastically reduce the amount of time the country has to deal with the virus at this scale.