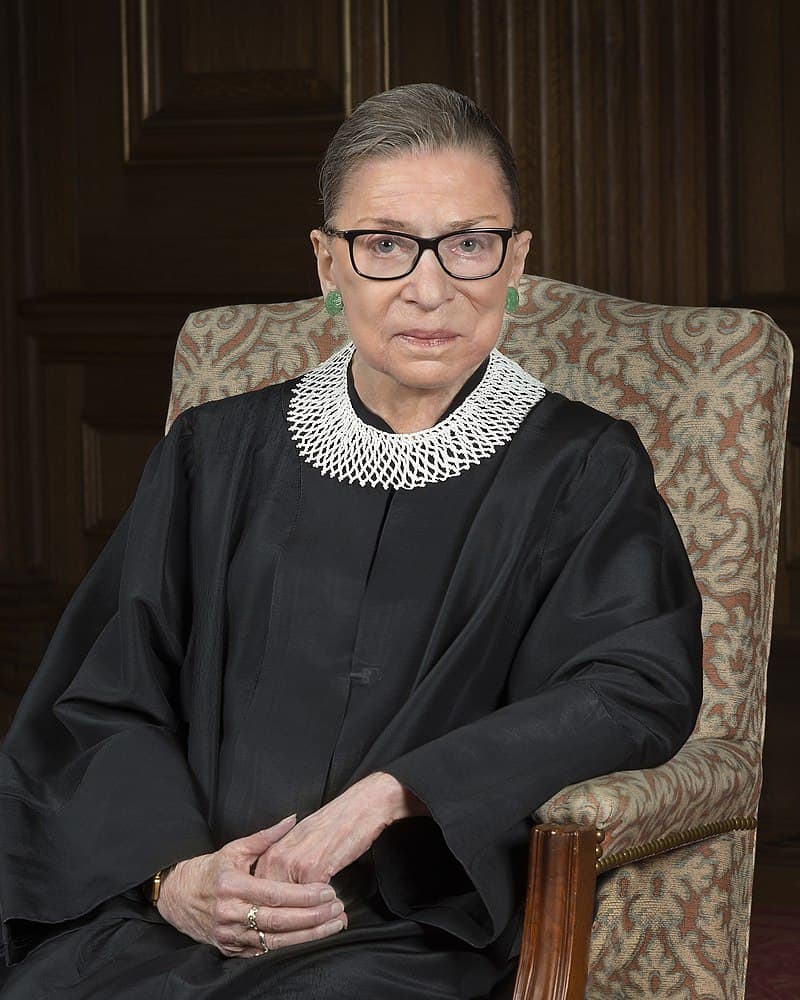 Esteemed Supreme Court Justice and women’s rights icon Ruth Bader Ginsburg passed away at 87 on Friday. A court statement said she was with family at her D.C. home when she died from “complications of metastatic pancreas cancer.”

Appointed by Bill Clinton, Ginsburg was the first Democratic appointee to the court in over 25 years. She was the second female justice to ever serve and wrote over 200 opinions from her 1993 confirmation until her death.

Throughout her life and career, Justice Ginsburg championed equal rights for women. She is best known for dissenting opinions on a Supreme Court, which was often configured with a conservative majority and having a large presence on the court, despite her small stature.

A private ceremony is planned, and Ginsburg will be buried at Arlington National Cemetery next to her husband. Few other details have been made public.

The justice’s death leaves her seat contested only weeks before a monumental election. Senate Majority Leader Mitch McConnell gave a statement to make clear he intends to allow Republicans to replace her.

On the contrary, McConnell argued against a replacement when Justice Antonin Scalia died in 2016. This was near the end of Barack Obama’s presidency.

“The American people need to weigh in and decide who’s going to make this decision. Not this lame-duck president on the way out the door, but the next president,” McConnell said at the time.

On Saturday, Trump told attendees at a rally, “We have numerous women on the list” to fill Ginsburg’s seat. Amy Coney Barrett, a federal appellate court judge, is a rumored front runner.

Sources have claimed Trump will announce his choice in the coming days.

Last Tuesday, President Trump hosted the leaders of Israel, the United Arab Emirates (UAE), and Bahrain at the White House for a signing ceremony. The Middle Eastern countries entered into a controversial but historic peace deal, and Trump joined the honors.

The treaty is called the Abraham Accords Peace Agreement. The White House initially claimed it would be the “deal of the century” and help achieve peace in the Middle East. At the time, this statement was seemingly in specific reference to the ongoing Israeli-Palestinian conflict.

However, Palestine was not included in the treaty. Some now speculate the deal will only create more pressure for Palestinians to conform to the political demands of Israel.

The day after the signing, militants in Gaza, a Palestinian city, fired rockets which injured two. Israel launched air strikes in retaliation but no casualties were reported on either side.

On Thursday, Trump claimed he plans to establish “a national commission to promote patriotic education” through executive order.

In his reasoning, Trump specifically attacked the 1619 project and late historian Howard Zinn for focusing on the history of slavery in American history. The president accused them of rewriting history and blamed both for “the left-wing rioting and mayhem.”

Barr said on Wednesday, “The power to execute and enforce the law is an executive function altogether.”

Legal experts have pointed out that a sedition charge is rare and hard to argue, making Barr’s request seem even more heavy-handed.

Furthermore, many of Trump’s recent actions, as well as those of his administration, threaten constitutionally protected rights.

On Saturday, a U.S. District Court judge granted a preliminary injunction to halt restrictions resulting from a Trump executive order that sought to remove the WeChat app and updates from U.S. app stores. The order also disallows sending or receiving money through the app for U.S. users.

Trump targeted the WeChat app along with TikTok in an August executive order, claiming the apps were national security threats. The U.S. WeChat Users Alliance sued, arguing WeChat is the only app which connects people in America with their relatives in certain other countries.

Michael Bien, co-counsel for WeChat Users Alliance, noted in a statement that “there are serious First Amendment problems with the WeChat ban” and how it “targets the Chinese American community.”

Also on Saturday, Trump approved of a deal which would bring TikTok to the U.S. through a sale to Oracle and WalMart.

Earlier this month, Caracal Reports shared a story about the expiration of utility moratoriums in Illinois and other states.

Illinois Governor JB Pritzker has finally made a statement, but it’s not what many Illinois citizens want to hear.

Illinois citizens have long shared their concerns with their governor about the spread of Covid-19 in homes without working utilities. Pritzker ended the news conference when people in the crowd chanted “no utility shut-offs.”

More than 20 groups have united in a coalition called “No Ameren Shutoff” meant to organize efforts to keep utilities on for residents in Illinois and beyond.

A final disconnect notice shared to Twitter shows Ameren will begin shutting off power for Illinois residents with unpaid balances as early as Sept. 23.