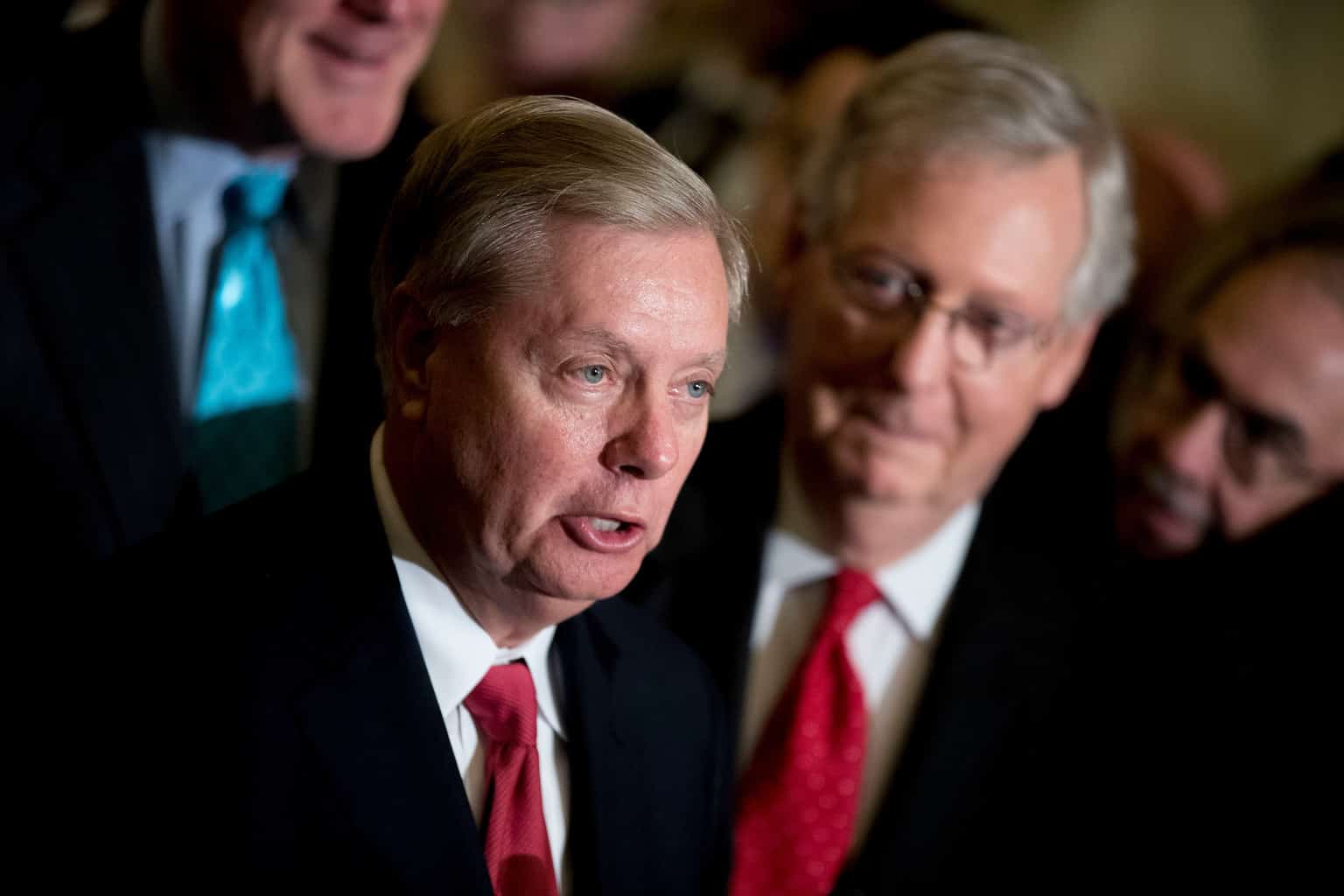 For those familiar with the political sphere, Lindsey Graham needs no introduction. He is the senior United States Senator of South Carolina, a staunch Republican and an outspoken proponent of ‘traditional values.’ But lately, Senator Graham has been making headlines for something entirely different. During his run to retain his seat in the Senate, new allegations have arisen regarding his sexuality that has thrown some of his statements and conservative credentials into question.

In early June, allegations arose from a Sean Harding, a gay, adult-film stare, stating that a Republican Senator, known for being homophobic and passing laws that hurt the LGBT and minority communities. Simultaneously, he did not name a specific individual, his use of the initials ‘LG’ (Lady G) and his statement about a ‘homophobic Republican Senator’ definitely get people talking. It didn’t take long before becoming a social media blaze as Lindsey Graham’s sexuality has been questioned before.

According to Harding, many male sex workers know about this Senator and have been hired by him on many occasions. This, if accurate, could be extremely damaging to the lawmaker’s reputation as well as to his credibility and his ability to be elected again to retain his seat. But should this be something that we care about as a society? Should it be a factor in the decisions people make whether to re-elect him?

While some would argue that Lindsey Graham’s sexuality is his own business and that it should be kept out of the public spotlight, many would disagree. After all, it’s not simply his sexuality that is being called into question. The issue of whether Lindsey Graham is gay or not is irrelevant to the bigger issue. The bigger issue being, is he really a hypocrite who will say one thing and rule over people’s lives in one way and then live the exact opposite behind closed doors?

When it comes to evaluating politicians, we must take into account everything we know about them. While their sexuality should not play a role in electing them (whether a politician is LGBT or not should not influence their ability to be voted into office), how they act about it might be another story. For Lindsey Graham, if accurate, these allegations will definitely raise several important considerations for those who would potentially vote for or against him.

For those conservatives who agree with many of the staunchly conservative statements that Graham has made regarding the LGBT and minority communities, the idea that he is actually living an entirely different life, one that goes against all of these statements, behind closed doors may be reason enough to change their minds. The laws that he passes or attempts to have passed counter the life he lives in several ways and, therefore, create a flaw in the ‘traditional values’ that he claims to uphold.

Those who disagree with what Linsay Graham has been known to say regarding these communities or the laws that he has or has attempted to have passed made it a bigger issue subject to litigation by the electorate. The fact of his being so hypocritical and looking to limit the rights and abilities of individuals who may, in fact, be very much like him while taking advantage of all of the rights and abilities offered to cis-gendered males in the country creates an even more alarming look at the hypocrisy in action.

In the campaign process, several components of the candidate’s lives will be brought into the light. Voting histories, statements made, and a great deal are brought out when any candidate runs for office. When it is someone as long-serving and vocal as Lindsey Graham, it is only expected that there will be something in their history that they may not want to come out. And some issues may not have anything to do with the matter of being elected.

In some instances, the private life of politicians may not be something that it is appropriate to bring up (even if it has all been done before). But there are other situations where it may be well within the rights of the people to know what is happening behind closed doors.

Is it right for a Senator to live their life in complete contradiction to the face that they publicly portray? This is the major question to be considered, not whether his sexuality is ‘okay’ or not. And as a result, it is most imperative that this be a consideration in the election process.