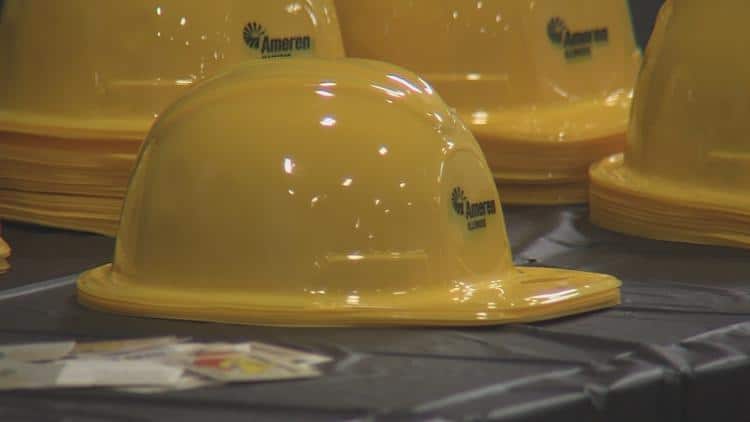 Caracal Reports first detailed the impacts of expired utility shutoff protections last month. Now, coronavirus numbers are on the rise again, and the coldest months of the year are yet to come. With no obvious action to mandate moratoria on utility shutoffs on a large scale, the collective suffering is only beginning.

Activists are recharging their calls for the coming months. Every day, individuals are organized to ensure that residents facing pandemic hardships, whether health or financial, are not left in the dark and cold by apathetic government officials who only feign concern for optics.

As of Oct. 14, 17 states plus D.C. had enacted mandatory shutoff protections for residents unable to pay utility bills due to misfortunes caused by the pandemic. Seven of those states’ protections will expire over the next month, and a total of 40 states will be left without any mandated utility protections.

Right now, approximately 205.4 million people across the country risk having utilities in their home disconnected for non-payment, and an additional 22.6 million could be put in the same position in the coming weeks, according to the National Energy Assistance Directors Association (NEADA).

A new study shows that the number of Americans living in poverty also grew by 8 million since May. This is correlated with the time period when one-time government relief payments began to diminish, and some state-mandated moratoriums expired for many American families.

A small portion of states did not provide any utility protections for residents from the outset of the pandemic. This forced many families to use what limited government stimulus money they received in the spring to keep their utilities on, and only for a short period of time.

Covid-19 cases on the rise

The growing number of utility shutoffs came simultaneously to a rising number of coronavirus infections across the country.

On Oct. 9, the U.S. reported its highest daily total for Covid-19 cases since August, with over 57,000 newly diagnosed patients. Now, the country is poised for a third peak as infections have increased in 38 states.

On Thursday, North Carolina recorded 2,532 new virus cases and landed on the White House “red zone” list. Despite a rapid increase in virus cases, the state has an expired moratorium on gas, electric, and water utility shutoffs.

In fact, a reported 26 states are now labeled “red zones” by the White House (though no official list is made public), but only six of those states have utility shut-off protections in place, according to NEADA.

In Illinois, a “red zone” state, there was a 23% increase in Covid-19 deaths from August to September. Meanwhile, corporate utility company, Ameren Illinois, disconnected electric services for 6,543 households, according to an Oct. 15 compliance filing.

Illinois’ Gov. J.B. Pritzker has long ignored calls to use his emergency powers to regulate corporate utilities through mandated action to put an end to shutoffs. Furthermore, the House Speaker of the state, Michael Madigan, was also credibly accused of taking corporate utility bribes in federal testimony, as documented by Caracal Reports.

Who fights for people struggling to keep their water and electricity on when elected officials are so blindly beholden to the interests of corporations?

Allan Max Axelrod is an Illinois activist and the campaign lead of a coalition called #NoAmerenShutoffs. Axelrod calls the campaign “a $0.00 all-volunteer statewide grassroots effort of 38 organizations & counting.” (They are now up to 40 organizations.) The effort was born from concern for “people experiencing or facing economic collapse, utility shutoffs, and inevitably, eviction” during the pandemic and beyond.

Axelrod himself is so greatly distressed over those whose “conditions have worsened due to (Pritzker’s) inaction,” he tweeted about it while hospitalized. He frequently calls out both Pritzker and Ameren for their dishonesties via Twitter, notably when Ameren continued service disconnections despite Pritzker’s self-praised, voluntary moratorium.

The press release language veiled the ambiguity of the corporate objective to continue service disconnections for non-payment.

Pritzker is a politician, after all. He is a billionaire heir to the Hyatt Hotel fortune and a person whose profession is in politics. He seeks to maintain wealth and power for himself and those around him while assuring voters he is firmly on their side.

For J.B. Pritzker, making money has always been as simple as being born into accumulating, gratuitous wealth. So, the struggle of choosing between food or medicine and a utility bill could be rather subjective and unrelatable to him, arguably.

This illuminates the role of (and the need for) activists who see these hardships empathetically.

A win for activism in Decatur

Axelrod reached out to Caracal Reports with good news recently. In Decatur, Illinois, a mandatory moratorium on water shutoffs was enacted on Oct. 6th, thanks to tenacious efforts by the #NoAmerenShutoffs campaign to have the city council consider the issue for a vote.

Desperate people could breathe a sigh of relief, not for the actions of their governor but in spite of his inaction. Most of them will never know the dedication of activists behind the scenes to achieve that goal. And while that one achievement could mean so much, it is but a small step in the ongoing work of a devoted coalition.

Big wins are packed into small moments, and the work continues. The #NoAmerenShutoffs campaign has scored four statewide pandemic concessions in Illinois, but the ultimate goal is still on the horizon. They hope for a mandatory moratorium on utility shutoffs for the pandemic’s duration for all of Illinois.

Unfortunately, the only person who can mandate a statewide moratorium is Pritzker, and he has so far refused. He has cited limitations and a need for balanced interests that he and a few other governors have been willing to set aside.

Axelrod believes Pritzker is, quite simply, obliged to his donors and he does not seem wrong so far. Notably, a top sponsor for the 2020 Illinois Democratic Convention was a utility company called Peoples Gas.

Axelrod also observed that six of eight of Politico’s swing states are without utility protections, though Illinois is not one of them. The remaining two states, Pennsylvania and Wisconsin, are scheduled to resume shutoffs next month. Five out of eight of those swing states currently have Democratic governors.

While speaking with Caracal Reports, Axelrod noted his concern for the presidential election. “I’ll be absolutely enraged if (Trump) wins in those states because the utility lobbies stopped Dems from standing for people like they purport to do,” he said.

With little more than two weeks before the election, it is likely too late to change that course. No matter the outcome, the fight against corporate utilities will undoubtedly continue.