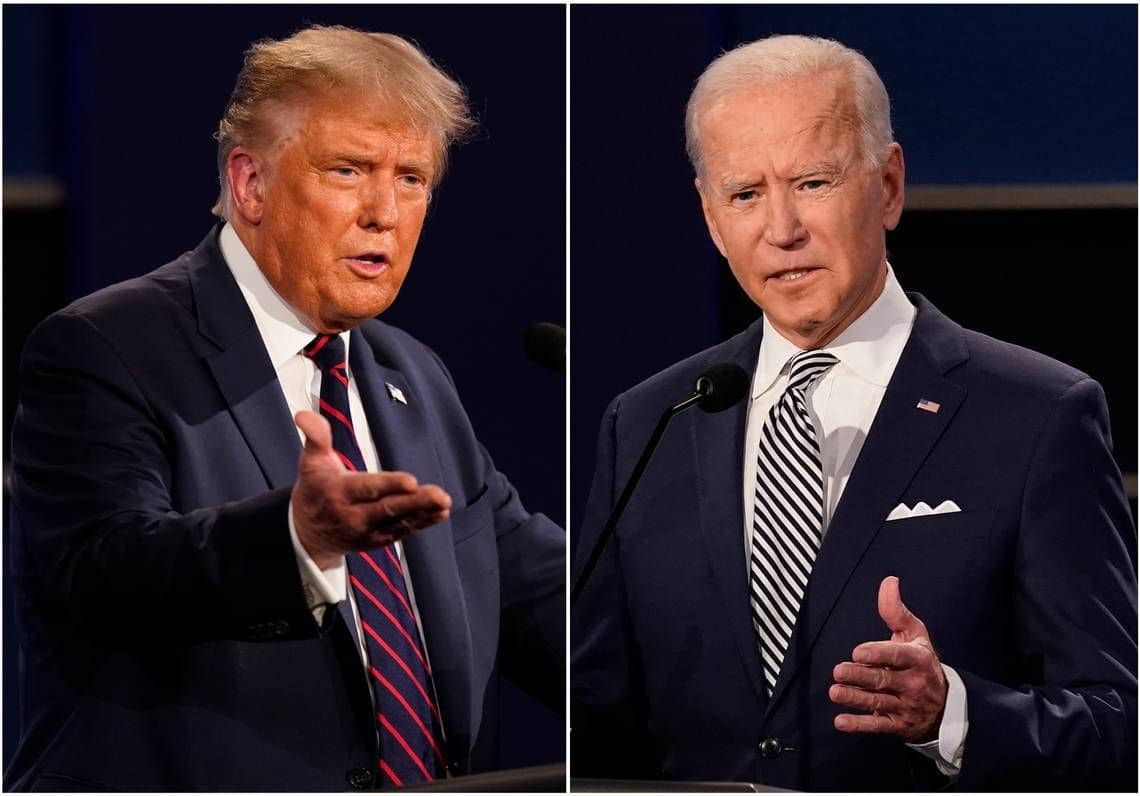 It is finally Election Day.

The world will soon know if President Trump will remain for a second term or be replaced by former VP Joe Biden. Nearly 80 million people had already voted as of Oct. 29.

Both men have spent the last weeks travelling the country to score any votes that were still up for grabs. They each remained focused on the working class in battleground states.

Apparently, Biden hopes to avoid some of the mistakes Hillary Clinton made in her unsuccessful run against Trump in 2016. Clinton bypassed Michigan and Wisconsin, then both traditionally blue states went red. And even though Pennsylvania had been held by Democrats since 1988, Republicans took that state, also.

In the final days of their respective campaigns, both candidates made those areas a crucial focus. On Saturday, Trump held four rallies in Pennsylvania alone. Biden, who was born in Scranton, campaigned across Pennsylvania on Sunday and Monday.

Currently, Biden is points ahead in leading polls in the state and nationwide, giving him an Election Day advantage. But Trump is expected to get a surge from in-person polling today.

Is Trump prepared to lose?

One major concern with this election is that a president who is not above encouraging violence could also be a sore loser. Trump supporters have been engaging in voter intimidation, including vehicular violence, and Trump and his son have encouraged and applauded them.

He has also made the unsubstantiated claim that “everyday, there’s cheating with the ballots” and frequently discredits the election process. This is seemingly part of an overall strategy to win by use of deception and force.

A report from The New York Times claimed Trump advisers publicized that his hope is to announce an early victory. Then, he will be in a better position to contest the validity of any close outcome that favors Biden.

In reality, results will likely not be available for several days as mail-in ballots continue to be counted. Some states only require that mail-in ballots are postmarked by today, but Trump has made it clear he is prepared to challenge the outcome that includes results counted after today.

On Sunday, Trump told reporters, “I think it’s a terrible thing when ballots can be collected after an election. He also stated, “we’re going to go in the night of, as soon as that election is over, we’re going in with our lawyers.”

The president seems to be insinuating that he will use his lawyers to prevent votes from being counted. Some states have laws that require a certain amount of time beyond Election Day to finalize counting. In some areas, employees intend to begin counting tomorrow.

Bob Bauer, senior adviser for the Biden campaign, said they are “fully prepared for any legal hijinks” and unconcerned.

To close out his campaign, Biden called on celebrity friends to help him with a final push. Lady Gaga was among the notable musicians to make a campaign appearance.

A campaign email more specifically referred to her as an anti-fracking activist. According to the Trump campaign, this alone is proof that Biden will ban fracking and destroy working class jobs.

Trump also named other musicians, like Beyoncé and Jon Bon Jovi, in his attacks.

Perhaps the president is willing to target celebrities in spite of their fans because he has more than 50,000 poll watchers. Trump’s director of Election Day Operations enlisted many as volunteers, but some have been hired by the Trump campaign.

The 2017 expiration of a 1982 settlement agreement between the two major parties has opened the door for poll watching and other methods of intimidation. That order mandated compliance “with all applicable state and federal laws protecting the rights of duly qualified citizens to vote for the candidate(s) of their choice.”

The decree also prohibited poll watchers from having or creating the appearance of official government or law enforcement roles. In August, Trump told Sean Hannity his campaign will have sheriffs, law enforcement, and even attorney generals watching the polls.

As part of his plan to invalidate results, Trump has already been making claims of election fraud. But so far, the president’s campaign has been unsuccessful in their attempts.

The campaign complained of voters returning too many ballots to drop boxes in Pennsylvania, where state law requires voters to hand in their own ballots unless they are disabled or otherwise incapacitated. Election officials ruled that the surveillance photos provided by the campaign were not sufficient evidence of a violation.

The state Supreme Court also upheld a law that required poll watchers to stay in their registered counties. Furthermore, the US Supreme Court decided not to fast-track a challenge to a ballot-counting deadline extension from Republicans in the state, as well as a similar attempt in North Carolina.

In Texas, the Supreme Court rejected claims by Republicans that 127,000 drive-thru votes from a Democratic held area (including Houston) were illegal.

Unfortunately, with all of these challenges already having been placed, it is uncertain when we will know the final results. If either candidate is able to secure solid wins in enough key states, we may know soon. If the results are too close to call early or face multiple legal challenges, we could be in for a long wait.

But one thing is already certain: Trump will not be leaving the White House without a fight.