Why Biden’s Long History with DuPont Should Worry Us All 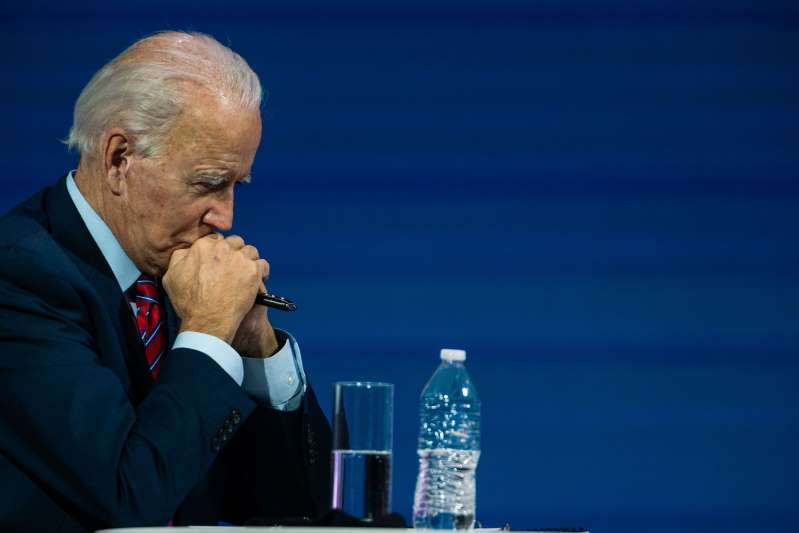 Erin Brockovich, for one, wrote an article bluntly titled “Dear Joe Biden: Are You Kidding Me” which detailed her concerns about the addition of former DuPont employee Michael McCabe to Biden’s EPA transition team. “It should go without saying that someone who advised DuPont on how to avoid regulations is not someone we want advising this new administration,” Brockovich wrote.

This is all the more alarming because DuPont currently faces multi-million dollar lawsuits in various states for widescale pollution.

The attorney general of North Carolina announced in October that the state is suing DuPont and its spinoff company, Chemours, for polluting finite natural resources with chemicals. These compounds, known as PFAS, leaked into drinking water supplies in dangerous amounts.

The companies are facing a similar lawsuit in New Jersey.

DuPont was penalized in 2005 for polluting the environment with a slightly different compound called PFOA that was also making people sick. A class-action lawsuit with the names of at least 50,000 individuals led to the company paying millions in settlements, fines, and costs of environmental cleanup.

Now, many fear that McCabe could be working to protect DuPont’s interests in the face of lawsuits just as he did then, but is Biden poised to be too soft on the company, too? He has his own amicable history with DuPont, detailed by the Wall Street Journal, and he even once owned the DuPont mansion in his home state of Delaware.

McCabe was Biden’s communications director from 1987 until 1995 when he took a job as deputy administrator for Bill Clinton’s EPA.

As reported in The Intercept, McCabe left the agency and joined DuPont as part of a team formed to handle a “priority review” of PFOA chemicals, lead by the EPA. The compounds were linked to illnesses, including cancer, and DuPont was facing lawsuits as well as steep EPA fines and regulations.

DuPont knew their PFOA compound was persistent in their plant workers’ blood as far back as the ’70s. Their research had linked it to endocrine disorders and decreased liver function but the company did not disclose their findings to regulators in the EPA. Instead, they provided falsified research.

The studies prompted an EPA investigation into DuPont, which is when McCabe was brought onto the team. He admitted that his inside information assisted the company in their influence over the agency’s review of PFOA compounds.

At McCabe’s specific request, the EPA published misleading information which encouraged individuals to continue purchasing and using products made with PFOA — products that were later proven to be toxic.

The entire chemical industry eventually eliminated PFOA production, and companies that allowed it into the environment were punished with settlements, fines, and the costs of environmental cleanup.

The story was detailed in a series called “The Teflon Toxin” and published by The Intercept in 2015.

PFOA and similar compounds are called “forever chemicals” because they do not break down and instead accumulate in the environment, or inside of the body.

The chemicals are so prevalent that “nearly all people in the United States have PFOA in their blood,” according to recent studies.

As previously outlined by Caracal Reports, DuPont created a spinoff called Chemours in 2015, around the same time PFOA was being eliminated from the chemical market. Chemours took over DuPont’s chemical production, predominantly using a compound called PFAS to make Teflon and other products.

In 2016, Chemours and DuPont were found to have been discharging PFAS into the Cape Fear river since the ’80s. They contaminated the drinking water supply for multiple counties as well as some private wells of property owners near their Fayetteville plant, which led to the North Carolina lawsuit.

In a 2019 complaint filed in Delaware, Chemours claimed that while “under activist attack,” DuPont tried to “off-load its historical environmental liabilities” to Chemours by misrepresenting the exposure numbers for PFAS.

In other words, Chemours has also accused DuPont of knowing and misrepresenting the risks of their chemicals.

McCabe is on Biden’s EPA review team, listed as “volunteering for the Transition in (a) personal capacity.”

The team was allegedly “crafted to ensure they not only reflect the values and priorities of the incoming administration but reflect the diversity of perspectives crucial for addressing America’s most urgent and complex challenges.”

With all that is known about DuPont, perhaps Biden should reconsider whose values and priorities he truly hopes to represent in his administration.