2020 Biggest Stories That Took Our Breath Away 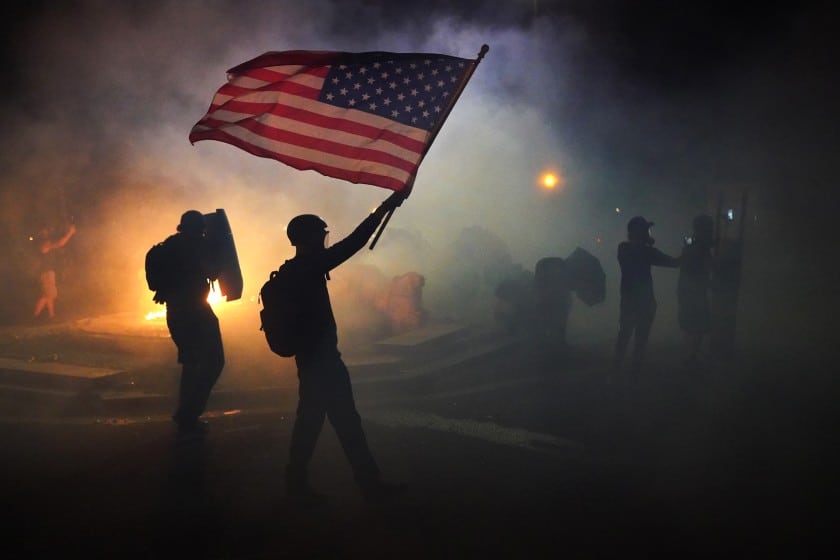 The killing of George Floyd by police which was captured on video, sparked a nationwide protest to reform policing and fight systemic racism in the US.

The world spent the entirety of 2020 in the grips of the coronavirus pandemic. But Americans demanded the right to live free of lockdowns, even if it meant death for them or others.

COVID-19 is believed to have originated in China with a case of illness that occurred last November. Since then, the virus has caused the deaths of more than 1,783,600 people worldwide, according to the World Health Organization (WHO).

In the US, the pandemic served as a glaring spotlight for deep divisions within our society. A startling lack of guidance from the federal government left states and businesses to decide what measures should be implemented to stop the spread.

Some states implemented long lockdowns, and other prioritized business as usual.

The rich found ways to get wealthier while millions of Americans fell into poverty. Some lost their jobs and their homes due to pandemic hardships. Others were forced to continue working in places that were not safe for them and were punished when they became ill.

Initially, some people tried to demand economic shutdowns and government stimulus checks for taxpayers to stay home and help “flatten the curve.” The death toll in the US rapidly surpassed that of any other country and has continued to break its own records throughout the year.

Residents have engaged in anti-lockdown protests to demand their state governments allow businesses to open. An extreme group allegedly went so far as to plot to kidnap and possibly execute Michigan’s governor.

According to Johns Hopkins University, more than 342,000 people have died of COVID in the US since early February. For comparison, the CDC estimated 22,000 flu deaths for the 2019-2020 influenza season.

A new variant of the virus is also beginning to circulate at the same time as multiple vaccines. While the newest strain does not cause more severe illness than others, it is more easily transmitted.

Protests Against Police Brutality and the Degradation of Black Life

On May 25, a 46-year-old Black man named George Floyd was accused of using a counterfeit $20 bill to pay for a pack of cigarettes in Minneapolis, Minnesota. Officers were called to the store and approached Floyd in his vehicle nearby.

Transcripts of body camera footage played in court reportedly indicate that Floyd was cooperative with officers as they commanded him out of his car and arrested him. When they attempted to put him in the back of a squad car, he became stiff and told the men he was claustrophobic.

Former officer Derek Chauvin soon arrived on the scene and struggled with Floyd, causing him to fall to the ground. Floyd was left lying face down and handcuffed.

Chauvin soon placed a knee at the back of Floyd’s neck and stayed in that position for more than seven minutes. The officers allegedly ignored more than 20 warnings from George Floyd that he could not breathe and that Chauvin was going to kill him.

Floyd eventually fell still and silent and was later pronounced dead. Bystander video was shared on social media, and a rebellion ensued.

Names of other Black Americans who had died at the hands of various police departments were spotlighted, and the world came to know the tragic stories of Breonna Taylor and Elijah McClain.

People poured into the streets during a pandemic to demand reform, defunding, or even abolishing the police. The movement for the protection of Black lives in America went worldwide.

While few engaged in criminal activities such as looting and arson, most protesters gathered and marched peacefully. Regardless of whether they had been involved in anything illegal, many protesters were met with police brutality or self-styled militias.

Two men in Wisconsin were shot and killed by an illegally armed teen, Kyle Rittenhouse, from a neighboring state. He said he was there to help protect property.

The four officers involved in the death of George Floyd will stand trial, as well as Rittenhouse.

This election year was historic for many reasons.

The Democratic primary elections started with a slew of popular candidates and a fiasco in Iowa. Former vice president Joe Biden ultimately received the nomination of the party.

More people than ever voted for the president by mail due to the pandemic, which caused a delay in some states’ results. Biden eventually secured a record-breaking popular vote and the electoral college.

President Trump, on the other hand, lost the White House, and dozens of lawsuits meant to disqualify election results in various states.

Biden’s inauguration will take place next month, even without a concession from the outgoing president. The end of Trump’s presidency will bring relief to many who hope that better leadership can prevent chaos and save lives.

The Death of Ruth Bader Ginsburg

Appointed by Bill Clinton, Ginsburg was the second female justice ever to serve. She wrote over 200 opinions from her 1993 confirmation until her death.

Trump rushed to place the liberal justice with judge Amy Coney Barrett, a conservative who identifies as an “originalist.” Republicans defied their own standards for replacing a SCOTUS justice in an election year.

The Supreme Court is now configured with a 6-3 conservative majority of justices who will likely serve for their lifetimes.

The Death of Kobe Bryant

The year 2020 began with the shocking news that a helicopter crash killed NBA superstar Kobe Bryant and his 13-year-old daughter, Gianna, and seven other people on board.

The pilot was experienced and did not have drugs or alcohol in his system. The crash, which occurred in California, appeared to have been caused by thick fog.

Bryant was 41 at the time of his death.