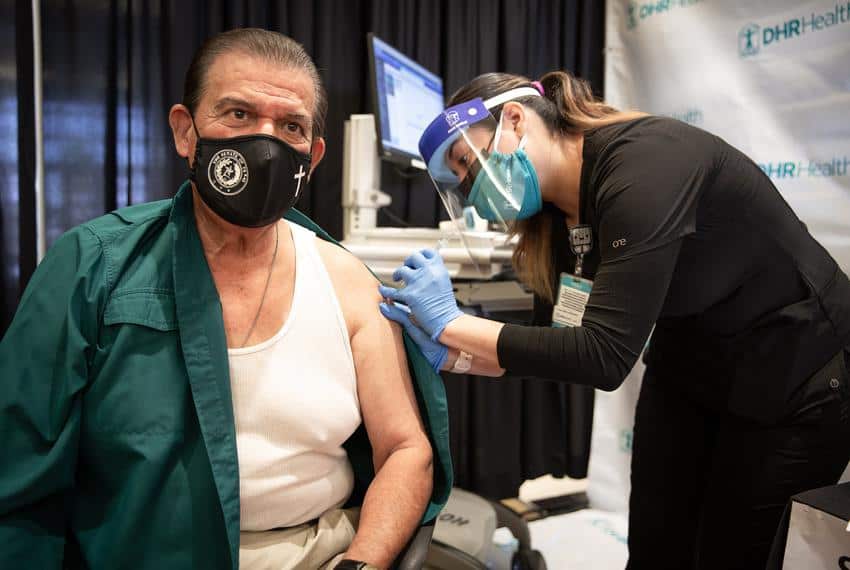 In early December, Operation Warp Speed leaders announced that they would strive to vaccinate 20 million Americans by the new year. Unfortunately, the United States missed this goal.

Just over 4 million Americans have received their first dose of the Covid-19 vaccine thus far. This is obviously far less than the federal government strived for in early December. According to Pfizer’s statement on vaccine distribution, the issue isn’t a lack of availability.

“We have millions of more doses sitting in our warehouse, but, as of now, we have not received any shipment instructions for additional doses,” the company said in this statement.

The problem at hand is one of vaccine administration, as already overworked state and local health departments are struggling to administer the vaccines quickly enough to reach the national goal. The federal government left much of the vaccine distribution process to local hospitals and health workers, which many public health officials have attributed to the delay in vaccinations.

“We’ve taken the people with the least amount of resources and capacity and asked them to do the hardest part of the vaccination — which is actually getting the vaccines administered into people’s arms,” explained Dr. Ashish Jha, the dean of Brown University’s School of Public Health.

An incident recently occurred in Boone County, West Virginia in which 42 people were mistakenly injected with an experimental Covid-19 treatment, rather than the Moderna vaccine that they signed up to receive. While none of the 42 recipients have experienced any adverse health effects so far, events like this further emphasize the need for federal aid in resource-starved local health organizations.

After all, these same state and local health entities are already dealing with a massive surge of Covid-19 cases, as the United States has recorded over 100,000 new cases every day since November 3, 2020. Not to mention, a new, more infectious variant of Covid-19 has already arrived in several U.S. states. The new strain was first reported in the United Kingdom, and has been found in at least 32 other countries since its discovery.

Several states have also reported a lack of transparency and miscommunication from the federal government, further delaying vaccinations. Back in December, Washington Gov. Jay Inslee revealed via Twitter that the Center for Disease Control and Prevention was cutting his state’s vaccine allocation by 40% without any explanation or justification.

“This is disruptive and frustrating,” wrote Governor Inslee. “We need accurate, predictable numbers to plan and ensure on-the-ground success.”

On the same day, Idaho’s Department of Health and Welfare wrote: “Idaho, with many other states, has received word that our allotment of the Pfizer vaccine for next week has been reduced from 17,550 to 9,750 doses. We don’t know why it was reduced. But our focus doesn’t change – healthcare workers will continue to receive the vaccine.”

Pfizer made it clear that the issue was not on their end.

“Pfizer has not had any production issues with our COVID-19 vaccine, and no shipments containing the vaccine are on hold or delayed,” said spokesman Eamonn Nolan. “We are continuing to dispatch our orders to the locations specified by the U.S. government.”

Two senior Trump administration officials attributed the states’ complaints to mere “misunderstandings,” telling the Associated Press that changes to the delivery schedule may be giving the impression that fewer doses are being delivered.

The $900 billion Covid-19 relief package that President Trump signed into law in late December should provide some relief to these struggling local and state health departments, with more than $8 billion set aside for vaccine distribution. While the extra funding will certainly be helpful, public health officials are now left wondering what took so long.

Dr. Bob Wachter, chair of the department of medicine at the University of California, San Francisco, expressed this to the New York Times. “Why did that take until now when we knew we were going to have this problem two months ago?”

Federal officials are hopeful that the relief package will speed up the vaccination process. As of January 2, 2021, just over 30% of distributed vaccine doses have been administered according to Bloomberg’s live count.