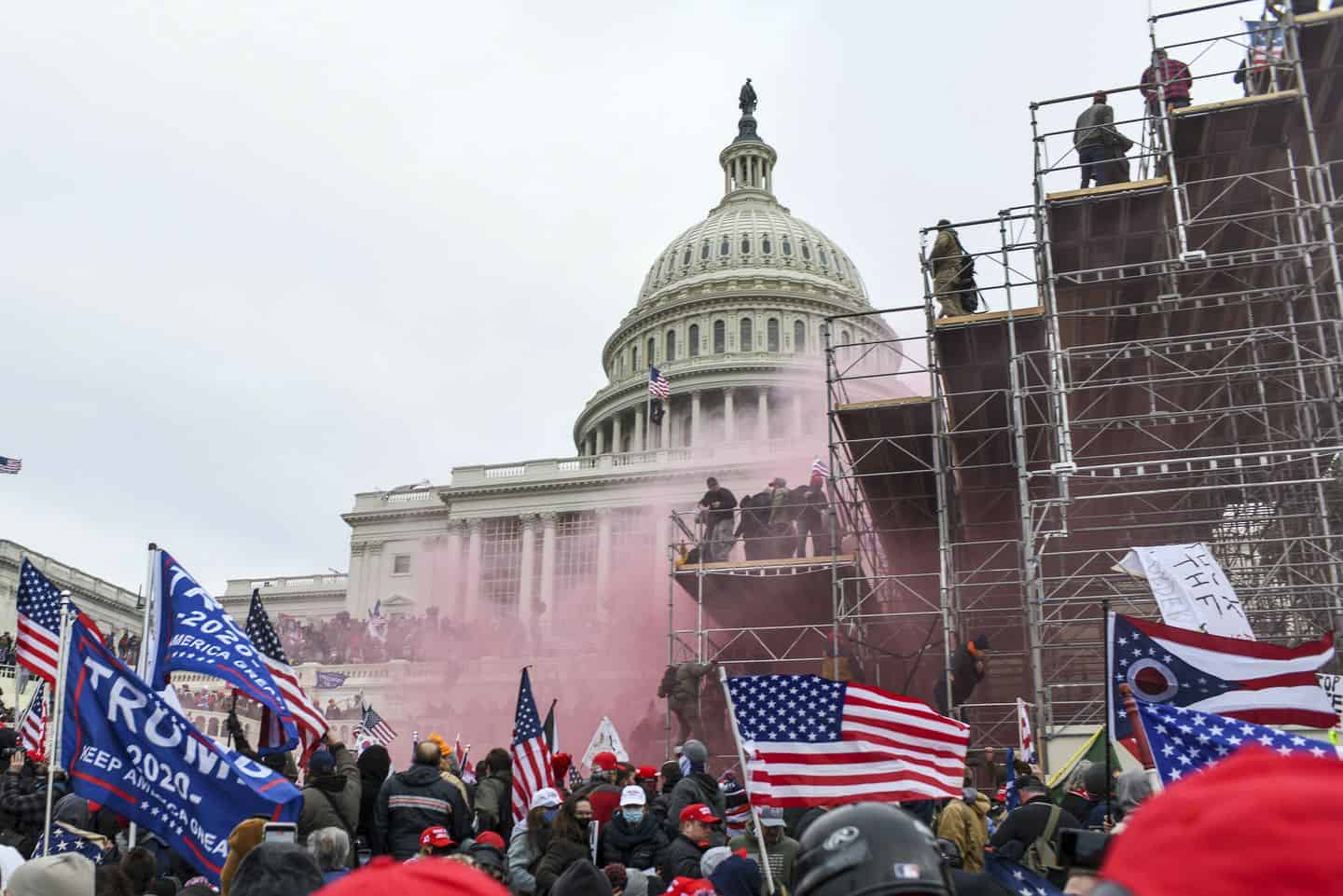 Duncan authored The Storm Before The Storm, a piece of historical literature detailing the events which led to the fall of the Roman Republic and has gained acclaim for podcasts covering both Roman History and historical political revolutions.

After a protest on Wednesday in Washington DC in support of US President Donald Trump’s attempt to challenge the 2020 election results ended with far-right nationalist with Trump and Nazi flags storming the US Capitol building and interrupting the votes’ certification, videos of the historical event circulated social media. Duncan noticed that some Capitol police force members stopped and took selfies with some protestors mobbing the building.

“In the summer of 1905, local police would often supply the Black Hundreds with vodka,” Duncan tweeted alongside the video, in reference to the far-right nationalist militia movement supporting the Romanov dynasty in pre-revolution Russia.

The parallel between the treatment of far-right militant movements that are over 100 years and a hemisphere apart seems stark, but it’s just one of many historical comparisons being made. In the wake of Wednesday’s extraordinary events in Washington, multiple historians and political scientists have made comparisons to numerous authoritarian and fascist regimes, ultranationalist movements, and conservative insurrectionist behavior over the course of both US and world history.

Historical parallels to the attack on the Capitol

Many have accused the President of attempting to subvert US democracy to maintain political power as he continues to baselessly claim voter fraud occurred in the 2020 election and that he would have prevailed otherwise. Dr. J.D. Bowers, a historian and Director of the Honors College at Missouri University sees Wednesday as yet another step in Trump’s attempt to consolidate and hold his power against the will of the people.

Bowers, who focuses on genocide studies, was quick to draw a parallel to an attempt to seize power by an authoritarian regime infamous for one of the most notable genocides in history.

“What we witnessed was akin to an attempt to burn the Reichstag. It was an ahistorical attempt to enable a dictatorship,” Bowers said. “President Trump has been advertising for weeks that there would be a “wild” protest in DC and making numerous political and legal threats against anyone who dared disagree with him.”

Trump further claimed voter fraud on Wednesday as he spoke at the protest and encouraged those in attendance to march on the Capitol protest as the election votes were certified by Congress. Once protestors breached the Capitol, Trump did not activate the DC National Guard, leaving Vice President Mike Pence to usurp the chain of command and deploy the Guard himself.

For Bowers, this also draws parallels to behavior used by numerous authoritarian governments across the globe to stay in power.

“The most recent elections in Turkey by Erdogan were backed by a staged coup, and there have been various revisions to their constitution to shift power between the Presidency and the Prime Minister,” he said.

“Look at Paul Kagame is Rwanda who has maneuvered multiple times to stay in power, by rigging electoral processes and even committing violence against political opponents.”

Both Bowers and Ted Williams, a political science instructor at the City College of Chicago, also looked at historical events in the United States that mirror Wednesday’s event.

Williams was quick to see a comparison to the election of 1876 when Samuel Tilden and Rutherford Hayes were separated by just one electoral vote. That controversial election was decided with The Compromise of 1877, which awarded Hayes the presidency in exchange for a series of political moves that effectively ended Reconstruction.

Similar to that fateful decision by Republicans to gain the Presidency, Williams’ sees Republican support of Trump in the face of his election fraud rhetoric and his authoritarian tendencies as something that unleashed something much more dangerous than expected.

“The situation is akin to what we face today. It can be argued that Republicans today made a similar compromise for the sake of Trump’s tax cuts and judicial appointments. But what resulted from that is as pernicious as the fruit of Hayes’ compromise,” Williams said,

Bowers equates the event to the status of other infamous US attacks as the Whiskey Rebellion, the Bundy standoff, the Occupation of Malheur National Wildlife Reserve, and the Oklahoma City bombing.

“This gets elevated into that grouping — direct attacks on our government institutions and facilities,” he said.

Why is perspective important?

While many parallels can be drawn to these historical events, none are quite representative fully of what played out on Capitol Hill this week. Bowers and Williams made the point that it is important to see the unprecedented event for what it is in historical perspective and the effects it could have on US history in its own right

“It’s important to talk about this is truly ahistorical. It really is sui generis. Trump signaled at this for a while, but most of us refused to allow ourselves to accept it would actually happen,” Bowers said. “Its overall importance remains to be seen…but is it the end of a movement, or will it embolden and refuel a movement? We won’t know that for a while.”

“Mainstream Republicans have essentially destroyed their political party for the sake of the Trump presidency. Their efforts to backpedal now do little to counter the damage they’ve done to the nation,” Williams said.