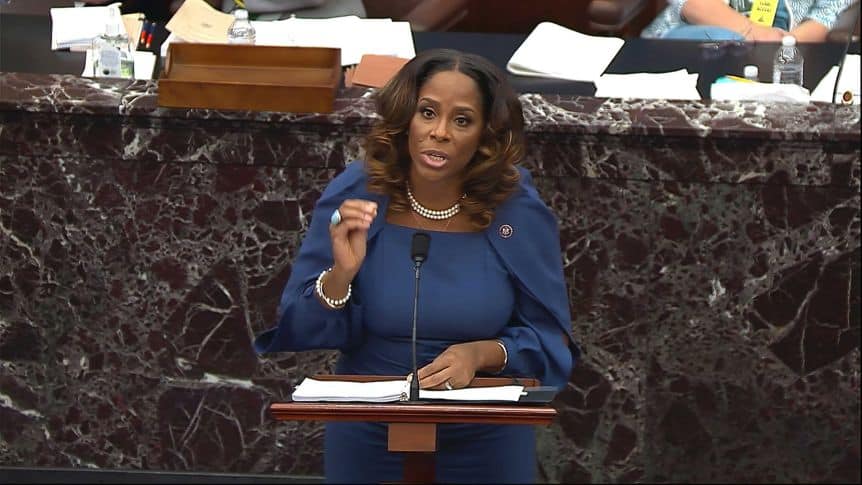 On Tuesday, the Senate voted 56-44 to proceed with former President Donald Trump’s impeachment trial. Despite this vote’s outcome, convicting Trump remains unlikely, as the Democrats would need 17 Republicans to vote alongside them. Just six sided with all 50 Democrats to move the trial forward.

Among these six Republicans is Sen. Bill Cassidy of Louisiana. Cassidy had voted to end the impeachment proceedings in January, calling them unconstitutional. On Tuesday, his change of heart came as a surprise to many Louisiana Republicans, who were quick to criticize the senator for his vote.

“We feel that an impeachment trial of a private citizen is not only an unconstitutional act but also an attack on the very foundation of American democracy, which will have far-reaching and unforeseen consequences for our republic,” the Louisiana GOP said in a statement.

Despite the reaction from Louisiana’s GOP, Sen. Cassidy is standing by his vote to move forward with the impeachment trial. He cites his decision to side with the Democrats on the “terrible job” that Trump’s lawyers did arguing their case, calling their efforts disorganized, random, and lacking substance.

“They talked about many things, but they didn’t talk about the issue at hand,” Cassidy said after the Senate vote.

Sen. Cassidy wasn’t the only one who was disappointed with the performance of Trump’s lawyers. The former president, himself, was irate while watching the ordeal on television.

Sources say Trump was particularly enraged during the nearly hour-long statement from Bruce Castor, who clumsily attacked the constitutionality of these impeachment hearings. Castor spent most of his defense arguing the importance of President Trump’s right to free speech and against the “partisan” impeachment process. At one point, Castor told the Senate that if Mr. Trump committed a crime, then the Justice Department should merely arrest him instead of continuing with this trial.

Castor’s disoriented defense seemed to leave senators in the chamber confused and uninterested.

“The president’s lawyer just rambled on and on,” said Sen. John Cornyn (R-TX). “I’ve seen a lot of lawyers and a lot of arguments, and that was not one of the finest I’ve seen.

At Tuesday’s hearing, Trump’s other lawyer, David Schoen, made a more coherent argument against the impeachment of the former president. Schoen explained that impeaching a former president could set a dangerous precedent for any future lawmakers, who could presumably be punished after their time in office for carrying out their duties.

“Under their unsupportable constitutional theory and tortured reading of the text, every civil officer who has served is at risk of impeachment if any given group elected to the House decides that what was thought to be important service to the country when they served now deserves to be canceled,” Schoen argued.

While undoubtedly more articulate than Castor’s defense, Schoen’s argument was still unsuccessful, as the Senate voted to proceed with the impeachment trial of former President Donald Trump.

Now, the Senate will determine whether or not to convict Trump for his role in inciting the Capitol building’s riots on January 6. Wednesday marked the first full day of arguments, in which the lead House prosecutor promised to provide evidence proving that Trump encouraged the uprising.

Impeachment manager Del. Stacey Plaskett (D-USVI) then shared never-before-seen security footage from the Capitol riots. Videos showed protesters forcefully entering the building and calling for the death of then Vice President Mike Pence, who had rejected Trump’s demand to overturn the results of the presidential election.

Footage showed rioters chanting “hang Mike Pence” and “bring out Pence” as they surrounded the Capitol. Pence and his family were forced to evacuate the Senate chambers and hide once the Capitol was breached.

Later, additional video evidence showed insurrectionists, many being members of the Proud Boys, breaking into the Capitol’s windows and searching for Congress members. Rioters traversed the building, eventually finding themselves in House Speaker Nancy Pelosi’s offices as Pelosi’s staffers barricaded themselves in rooms to avoid the rioters.

U.S. Capitol Police Officer Eugene Goodman received praise from senators following this slew of new surveillance footage released by impeachment managers. Goodman has already been widely commended for his heroic actions on January 6, where he lured many rioters away from the Senate chambers. In the new footage released on Wednesday, Goodman was seen redirecting Sen. Mitt Romney (R-UT) away from the mob.

The Utah senator was unknowingly walking directly towards the insurrectionists before Goodman gestured him the other way. Romney told reporters that he had no idea how close he was to the rioters, and how thankful he was that Goodman led him away from the danger.

“I look forward to thanking him when I next see him,” Romney said. “I was very fortunate indeed that Officer Goodman was there to get me in the right direction.”

Sen. Romney, who was one of the six Republicans that voted against ending the impeachment trial, described the emotions he felt watching the presentation from Democrats on Wednesday.

“It was obviously very troubling to see the great violence that our Capitol police and others were subjected to,” Romney told reporters after the managers’ presentation. “It tears at your heart and brings tears to your eyes. That was overwhelmingly distressing and emotional.”

Whether or not the chilling video evidence presented to the Senate on Wednesday results in Trump’s conviction is yet to be known. Following Wednesday’s hearing, GOP members seem to be split on the issue. A former Republican Senate staffer is skeptical that many party Senators will vote to convict Trump out of fear of the former president’s base.

“What I’ve heard from senate friends is similar — that lots of their bosses would love to vote against him but don’t want the fallout,” said the former staffer. “Most of the folks at the lower level will grouse about it in the office, but it’s something that the top two-three aides will ultimately advise on, and they tend to be more cognizant of the political winds in the state.”