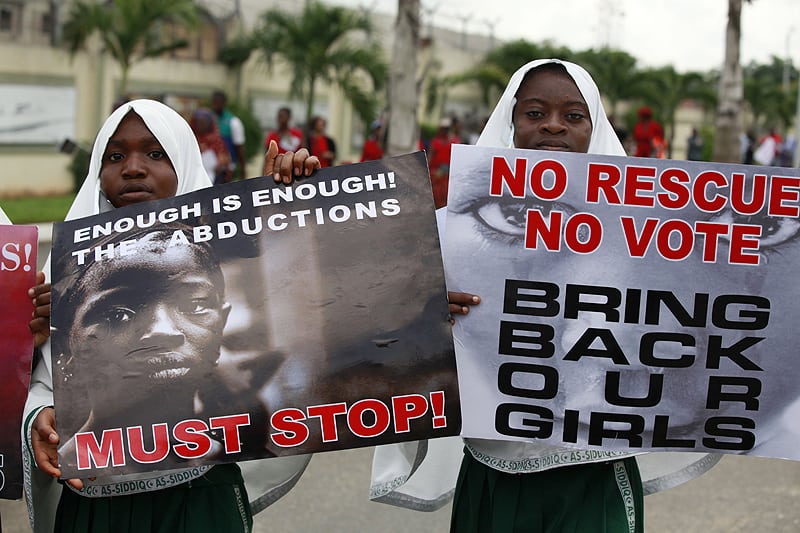 Thursday night, gunmen overtook the Federal College of Forestry Mechanisation in Kaduna state, Nigeria and reportedly kidnapped 39 students. The army was able to rescue 180 students after receiving a distress call from the school during the crisis. Dozens of students were unfortunately taken from the school after an exchange of weapon fire.

No group has claimed responsibility for the attack but a video of the terrified students was reportedly shared on Saturday. The abductors have reportedly demanded a ransom of 500 million naira, which is the equivalent of 1.3 million U.S. dollars.

Kaduna state security commissioner Samuel Aruwan said that the Kaduna state government is “maintaining close communication with the management of the college” and engaging in “efforts…towards the tracking of the missing students.”

Since December, roughly 800 students have been abducted in armed raids at several schools in northern Nigeria. Most abductees were released once the ransom was paid, though a student was murdered in February.

The attacks on schools could be indicative of an overall disintegration of security in the area. Authorities reported nearly 3,000 abductions or murders by criminal gangs in Kaduna state last year.

Furthermore, the fear of being attacked at school is creating an obvious disruption in learning for students in northern Nigerian. Many are unfortunately abandoning their educational pursuits due to the frequency of these attacks.

FEMA to Help Children in Crisis at the Border

The U.S. Department of Homeland Security (DHS) announced on Saturday that the Federal Emergency Management Agency (FEMA) has been instructed to help process “record numbers of individuals, including unaccompanied children” arriving at the southwest border of the U.S.

According to a press release from DHS Secretary Alejandro Mayorkas, FEMA will be part of a “government-wide effort over the next 90 days to safely receive, shelter, and transfer unaccompanied children who make the dangerous journey to the U.S. southwest border.”

The risk for children travelling to the U.S. border from other countries has grown exponentially since April 2020. FEMA will “look at every available option to quickly expand physical capacity for appropriate lodging” while working along with the Department of Health and Human Services.

On Thursday morning, President Biden signed a $1.9 trillion stimulus package called the American Rescue Plan (ARP) into effect. This is the first big win of Biden’s administration, as the bill remains relatively close to his initial proposal.

The package does not include a $15 federal minimum wage or better unemployment benefits. Furthermore, fewer citizens qualify for direct payments in comparison with previous stimulus bills.

Individuals earning less than $80,000 will receive up to $1400 per person. Some will see payments as soon as the current weekend, according to the IRS. The bill also allocates $350 billion of aid to help stimulate state and local economies.

Prior to receiving Biden’s signature, the bill received a vote along party lines in the House of Representatives. Republicans voted against provisions designed to bring some families back from the brink of poverty because of spending concerns.

After More Deaths on Saturday, 70 People Have Died in Six Weeks of Unrest in Myanmar Crisis

Witnesses say police opened fire on a peaceful sit-in protest on Saturday, leading to three deaths and several more injuries. Myanmar has been in the grips of crisis since a military coup began on Feb. 1. At least 70 people have been killed by security forces in the last six weeks.

New research from Amnesty International has revealed that “the Myanmar military is using increasingly lethal tactics and weapons normally seen on the battlefield against peaceful protesters and bystanders across the country.” Amnesty’s research also suggests that “lethal force is being used in a planned, premeditated and coordinated manner” against protesters.

Myanmar’s military has accused overthrown leader Aung San Suu Kyi of accepting illegal money and gold. There has been no evidence provided to support the allegations, which were denied by an MP from her party.

According to the COVID-19 dashboard by Johns Hopkins University, there have been more than 119 million coronavirus cases and 2.6 million deaths globally since the start of the pandemic. The U.S. has remained a global hotspot for more than a year, seeing over 29 million infections and roughly 535,000 deaths.