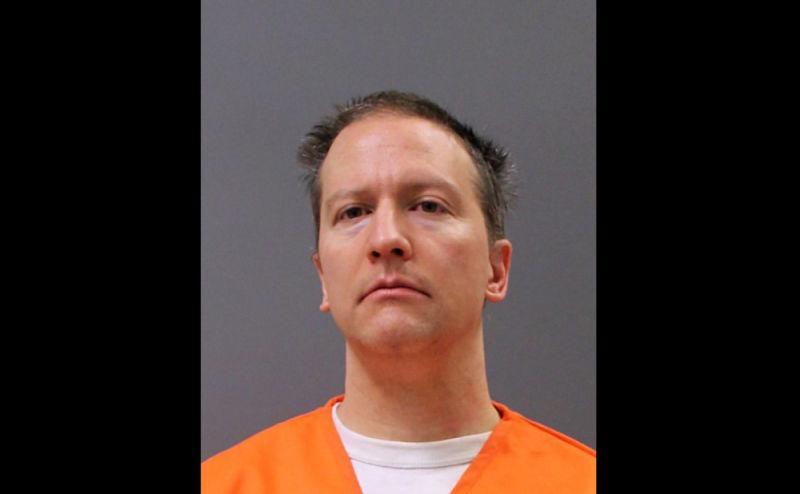 The prosecution team was preparing for the case where Chauvin kneeled on George Floyd’s neck for 9 minutes and 29 seconds when they received several videos of the 2017 incident. They were barred from using the videos in court as Judge Peter Cahill denied jurors from hearing Chauvin’s history of restraints used on former suspects to prove a pattern of aggressive policing.

PROSECUTOR LAYS OUT ALTERCATION FROM VIDEO

In a court filing, Minnesota State Prosecutor Matthew Frank said that videos showed Chauvin striking the 14-year old boy in the head and then restrained him on the ground with his knee for almost 17 minutes.

Chauvin and another cop responded to a domestic violence call in Sept. 2017. The call was made by a mother who allegedly was assaulted by her son and daughter.

When the officers arrived at the home and spoke to the mother, they ordered the son to lie on the ground. When the teen refused to comply, Chauvin struck him with a flashlight twice. He then held the boy’s throat, which made the teenage boy lose consciousness, falling to the ground.

“Chauvin and [the other officer] placed [the teenager] in the prone position and handcuffed him behind his back while the teenager’s mother pleaded with them not to kill her son and told her son to stop resisting,” Frank wrote in the report, told by Fox News. “About a minute after going to the ground, the child began repeatedly telling the officers that he could not breathe, and his mother told Chauvin to take his knee off her son.”

As the mother was pleading for her son’s life, Chauvin allegedly moved his knee after eight minutes to the teenager’s upper back for an additional nine minutes.

The boy was bleeding from his ears during the altercation and ended up needing stitches. He was arrested for obstruction with force and domestic assault.

2017 INCIDENT IS ALL TOO FAMILIAR

“Just like with Floyd, Chauvin used an unreasonable amount of force without regard for the need for that level of force or the victim’s well-being,” Frank wrote in the report. “Just like with Floyd, when the child was slow to comply with Chauvin and [the other officer’s] instructions, Chauvin grabbed the child by the throat, forced him to the ground in the prone position, and placed his knee on the child’s neck with so much force that the child began to cry out in pain and tell Chauvin he could not breathe.”

Witnesses have made testimonies in front of a grand jury to discuss the details surrounding the incident.

The 2017 incident reverberates to the death of George Floyd in May 2020, where Floyd kept telling the officer that he couldn’t breathe as Chauvin kneeled on his neck for over 9 minutes. Floyd became unconscious and died.

A grand jury found Chauvin guilty of killing George Floyd on three counts: second-degree unintentional murder, third-degree murder, and second-degree manslaughter. Although Chauvin could serve decades in prison, he may serve under the maximum sentencing.

Chauvin is currently held in the Administrative Control Unit of the Minnesota Correctional Facility in Oak Park Heights. He is in solitary confinement due to fears for his safety, where he is alone in his cell for 23 hours a day and can use one hour to exercise.

Sentencing guidelines suggest that less time can be served for offenders who have no criminal history and serve their sentences simultaneously, meaning they would only serve the longest sentence.

The recommended sentencing for someone like Chauvin would be 12.5 years, which is the same sentence for former Minneapolis Police Officer Mohamed Noor. Noor was convicted in 2019 of third-degree murder for shooting Justine Ruszczyk. Ruszczyk knocked on Noor’s door, startling him, which resulted in him shooting Ruszczyk from inside his squad car.

Chauvin waived his right for the jury to decide his sentencing, putting his future in the hands of Judge Cahill, who could sentence Chauvin based on the recommendation of 12.5 years.

The prosecutors have requested a longer sentence based on “aggravating factors,” which could add more time. Those aggravating factors include the fact that Chauvin committed a crime in front of a 9-year-old bystander, abusing his position of power by using police authority to commit a crime, acting with extreme cruelty as he ignored Floyd’s pleas and that Chauvin acted with a group.

If Judge Cahill decides that aggravating factors were present while Chauvin killed Floyd, Cahill could increase sentencing from 12.5 years up to 40 years.

Chauvin was denied bail by Judge Cahill as he awaits his sentence hearing that is set for Jun. 16 at 1:30 pm.