GOP Move To Undermines Democracy exposed in a leaked video 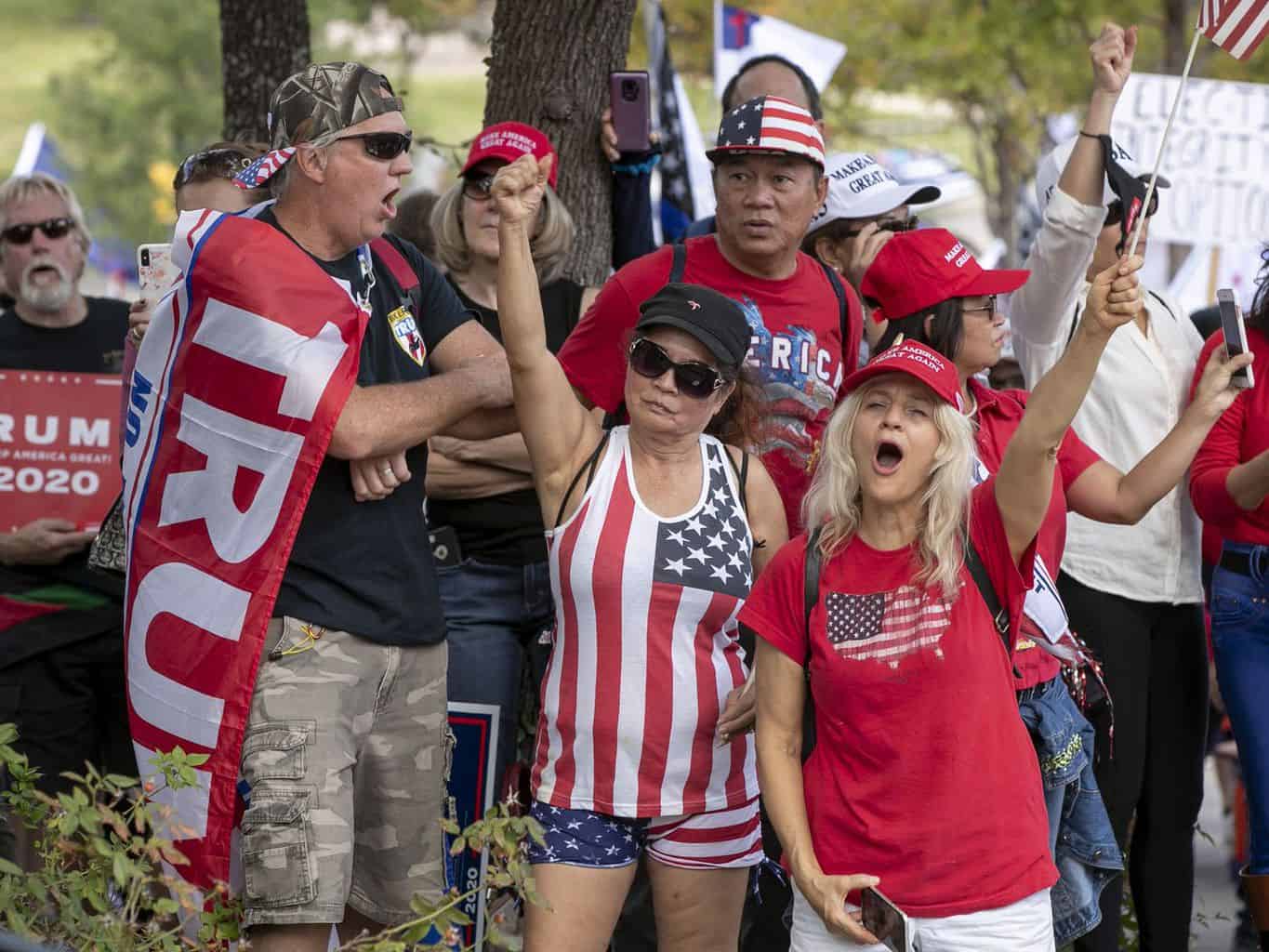 In the leaked video, Anderson told donors that the group had contributed to the stricter voting laws by providing written statutes and support to lawmakers who fought to pass such laws.

“Iowa is the first state that we got to work in, and we did it quickly, and we did it quietly,” she said in the video. “We helped draft the bills. We made sure activists were calling the state legislators, getting support, showing up at their public hearings, giving testimony … little fanfare. Honestly, nobody even noticed. My team looked at each other, and we’re like, ‘It can’t be that easy.’”

What inspired the new voting laws?

The new voter laws stem from baseless claims made by former President Donald Trump. For months leading up to the Presidential election, Trump touted that if he didn’t win a second term, that means the election was stolen from him.

That wasn’t the first time he made such claims. On election night in 2012, when former President Barack Obama won a second term, Trump said that it was a “sham,” “travesty,” and that the U.S. is “not a democracy.” On Twitter, he wrote, ”We can’t let this happen. We should march on Washington and stop this travesty. Our nation is totally divided!”

Mirroring his comments that encouraged the insurrection at the U.S. Capitol on Jan. 6, he also told those who didn’t vote for Obama in 2012 to “fight like hell and stop this great and disgusting injustice,” and that” the world is laughing at us.”

How do the new laws suppress voters’ rights?

The Georgia voting law limits the number of dropboxes, adds new voter ID requirements for mail-in ballots, allows less time for voters to request mail-in ballots, allows the GOP to appoint a majority on the state election board, halt county elected officials, makes it easier for poll monitoring to be done in a partisan fashion, and makes it criminal to give voters in line food and water.

Anderson claimed that the Heritage Action made an assist in the Georgia law, and a Republican in the state legislature Barry Fleming thanked the Heritage Foundation for their help.

“I can tell you, back in February, I felt like some days we were alone in Georgia,” Fleming said. “And then the Heritage Foundation stepped in, and that began to bring us a boost to help turn around, get the truth out about what we were really trying to do. And I’m here in part to say thank you and God bless you.”

The Heritage Foundation will be investing $24 million within two years in the key battleground states of Arizona, Michigan, Florida, Georgia, Iowa, Nevada, Texas, and Wisconsin to pass voting legislation laws in favor of the GOP voters and working against Democrats.

“We’re working with these state legislators to make sure they have all of the information they need to draft the bills,” Anderson said. “In addition to drafting the bills in some cases, “we’ve also hired state lobbyists to make sure that in these targeted states we’re meeting with the right people.”

History of the Heritage Foundation

Founded in 1973 by Paul Weyrich, the Heritage Foundation has received a heavy load of funding from right-wing donors such as Charles and David Koch, Richard Mellon Scaife, and Joseph Coors.

Weyrich spoke in front of donors in 1980 to evangelical leaders in Dallas and blatantly exposed his push for voter suppression.

“I don’t want everybody to vote,” Weyrich said. “Elections are not won by a majority of the people. They have never been from the beginning of our country, and they are not now. As a matter of fact, our leverage in the elections quite candidly goes up as the voting populace goes down.”

Since Weyrich’s reign, the Heritage Foundation has been a driving force behind Republican policies and legislation and one of the most funded organizations in the Republican party.

Fast forward to 2021, and the Heritage Foundation signed, sealed, and delivered a letter from 2,000 Republican activists to GOP State legislatures demanding to alter voting laws because they had “lost faith in the voting process.” This inspired legislation to pass, making it difficult to vote in metropolis areas.

“It’s not being run by a coalition of state legislators,” Democratic Voting Rights Lawyer Marc Elias told Mother Jones. “It’s not being run by election administrators. It’s being run out of an office in Washington, DC, by people whose sole agenda is to make it harder for Black, Brown, and young voters to participate in the electoral process. Republicans who adopt these model laws should be ashamed of themselves.”