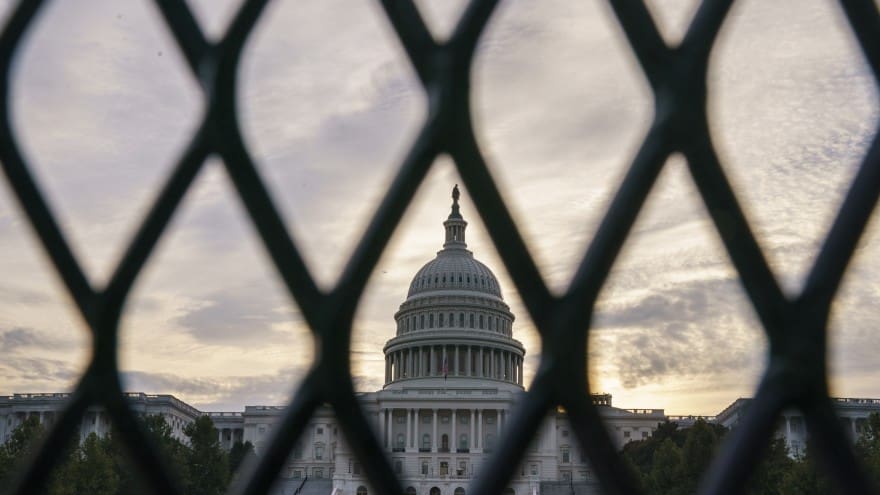 The Sept. 18 rally in Washington, D.C., has sparked new fear of more violence coming to the Capitol as Trump releases a statement supporting “Justice for J6.” DHS has warned of potential violence on and before the day of the rally.

What is “Justice for J6” About?

The “Justice for J6” rally taking place at the Capitol on Saturday has caused concerns of a fatal repeat reminiscent of the Jan. 6 Capitol riot. Look Ahead America, a group of supporters of former President Donald Trump, planned this demonstration to demand “justice” for the over 500 people charged with federal crimes on Jan. 6. The group’s founder and leader Matt Braynard is a former Trump campaign operative who believes that these protesters were nonviolent and “reasonably believed they had permission.”

Somehow the terror and violence caused by Trump supporters who stormed the building, threatened lawmakers, damaged property, and forcefully fought with police at the riot that resulted in five deaths was not enough reasoning for the far-right conservative group. The crowd of supporters, attempting to overturn the 2020 presidential elections, raged inside using excessive force as fearful members of Congress, who were counting electoral votes, sought protection.

In a letter sent to the Department of Justice and FBI, Braynard demanded all charges dropped, stating that “peaceful protesters” who “wrongfully entered the Capitol” be treated with compassion.

Braynard told CNN on Wednesday that “the vast majority of the nearly 600 people arrested that have not been charged for any violence. They have been charged with expressing their first amendment rights in the public building in the wrong place at the wrong time.”

Former President Trump released a statement on Wednesday supporting the rally, saying, “Our hearts and minds are with the people being persecuted so unfairly relating to the January 6th protest concerning the Rigged Presidential election.”

“In addition to everything else,” he continues, “it has proven conclusively that we are a two-tiered system of justice. In the end, however, JUSTICE WILL PREVAIL!”

The former president has always seemed to lack concern for the power of his words, invoking his false claims of fraud in the 2020 presidential election where he lost to President Joe Biden. Now, his statement may ignite his supporters, as it has many times before, to spew more hate crimes, more white supremacist ideologies, and rampant violence at the “Justice for J6” rally.

Tight Security Ahead of the Rally

Heightened concern for security ahead of “Justice for J6” follows many violent incidents to happen at the Capitol this year. Just a few days ago, a man with nazi and white supremacist symbols embezzled on his truck was arrested right outside of the Democratic National Committee Headquarters. Less than a month ago, a North Carolina man who claimed to have a bomb in his pickup truck and demanded to speak to President Biden was arrested and taken into custody after an hours-long standoff. In April, a man rammed his vehicle into authorities at a barricade, killing an officer and injuring another, resulting in a two-hour-long lockdown at the Capitol building.

These crimes are said to be the result of the Jan. 6 Capitol riots where thousands of right-winged Trump supporters and extremists gathered in Washington, D.C., to support former President Trump’s false claims of 2020 presidential election fraud.

Fencing was installed around the U.S. Capitol following the Jan. 6 riot but was taken down just two months ago. Now, the security fencing is reinstalled ahead of the “Justice for J6” rally. Congressional offices will reportedly be closed Friday and Saturday in preparation for the rally and as a precaution to protect staff and lawmakers. House and Senate work will resume remotely.

“I urge anyone who is thinking about causing trouble to stay home,” U.S. Capital Police Chief Tom Manger said in a statement released on Monday. “We will enforce the law and not tolerate violence.”

The right-winged rally may promote a voice for white supremacists. Following the violent events at the Capitol this year, it is not far-fetched to expect a violent turnout.

“We are aware of a small number of recent online threats of violence referencing the planned rally, including online discussions encouraging violence the day before the rally,” the DHS Office of Intelligence and Analysis said in a brief statement.

Reportedly, far-right extremist groups, including the Proud Boys and Oath Keepers, both with histories of violence, are planning to be in attendance. But, it is unclear if any of the estimated 700 people attending are either of these extremist groups.

Look Ahead America has listed Rules for the Rally on their website, which include being “respectful” to security and law enforcement and “if you see anyone causing trouble, start recording them with your cell phone video and signal for help” to a volunteer.

“We’ve got a largely peaceful crowd,” Baynard told CNN. “No one is going to be bringing a weapon who’s going to be part of our crowd; I can assure the police that.”

House Speaker Nancy Pelosi stated at a press conference on Sept. 8 that serious preparation for the rally is in effect, including a recent request for DC National Guard assistance. “We intend to have the integrity of the Capitol be intact,” she said.

“Now, these people are coming back to praise the people who are out to kill. Out to kill members of Congress, successfully causing the deaths … of our law enforcement,” Pelosi told reporters.

“We want to return the Capitol to a place where people can come, children can learn, families can celebrate together the greatness of our country.”