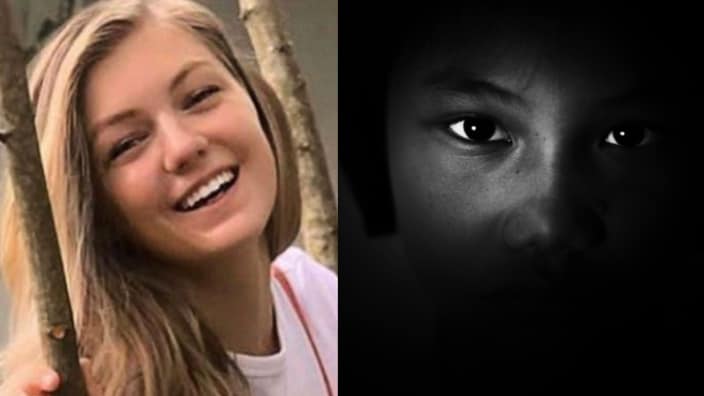 National interest has captivated millions of Americans as the mysterious disappearance of Gabrielle “Gabby” Petito continues to unfold.

Gabby, 22, disappeared while on a cross-country road trip with her fiancé Brian Laundrie, 23, who returned to his home in Florida on Sept. 1 without her. Her family reported her missing on Sept. 11 after losing contact with her in late August. Authorities discovered a body in northern Wyoming on Sunday believed to be that of Gabby. Laundrie is a person of interest in the case but has since gone missing.

An obsession with the social media influencer’s case has created a frenzy all over the internet. The #gabbypetito hashtag on TikTok has been visited over 200 million times with an outpour of sympathy. But, Gabby’s case has concerned minorities as the lack of media coverage for missing people of color continues.

So what makes their stories any different from Gabby’s?

“You’ve got this beautiful young couple, supposedly in love, making this romantic adventure across the country, and then something goes very bad,” Criminologist Scott Bonn told the Washington Post. Bonn, who studies why some crimes become cultural touchstones, noted that if Gabby were a woman of color, there would be no fixation on the case.

When a missing person case is covered by the media, many times the same type of person is highlighted – a young, blonde, white girl, like Elizabeth Smart, Natalee Holloway, Laci Peterson and now Gabby Petito. This is referred to as “missing white woman syndrome,” a phrase coined by late PBS anchor Gwen Ifill, referencing the extensive media coverage of “missing or endangered white women … and its seeming disinterest in cases involving missing people of color.”

Disappearances of Indigenous People in Wyoming

The most recent report by Wyomings Missing and Murdered Indigenous People list that nearly 710 Indigenous people, mostly girls and women, were reported missing in Wyoming in the last decade. Of those 710, “105 Indigenous people were victims of homicide between 2000 and 2020.”

Yet, none of these were covered in the media as extensively as those of White people. Reportedly, “only 30% of Indigenous homicide victims had newspaper media coverage, as compared to 51% of White homicide victims.”

The report also states that Indigenous victims won’t have an article written about them missing until after they are found dead, while 76% of articles on missing White victims were written while they were still missing.

In these articles, Indigenous victims were more likely to be written in a negative light. The articles lack personal information and instead use violent language, with “overly graphic” descriptions of deaths. However, no article used this “essentialism” to describe White victims; rather, they were given “positive character framing” and focused on them with sympathy.

According to the National Crime Information Center, 543,018 people were reported missing in 2020. Nearly 40% reported were persons of color, including African-American, Asian, and Indian, and excluding Hispanic. The FBI now counts White and Hispanic people together. Of this group, 145,467 were children under the age of 18.

“Each year, there are hundreds of thousands of people of color who are reported missing, and we normally don’t hear about them,” Natalie Wilson, co-founder of the Black and Missing Foundation (BAMF), told WUSA9. The BAMF, founded in 2008 by Wilson and her sister-in-law Derrica, is a nonprofit organization bringing awareness to the disparity in media coverage of missing people of color.

“We believe that these stories aren’t sensational enough, or they are stereotypes,” Wilson said. “Many times, when a person of color is reported missing, they’re believed to be involved with some type of criminal act, and normally that is not the case.”

Oftentimes, young Black children are classified as runaways when missing, thus, not receiving an Amber Alert. The BAMF also categorized crime stereotypes as a role in the disparity in media coverage, stating that there is desensitization in missing minorities believed to live in “impoverished conditions” with crime being “a regular part of their lives.” Therefore, “missing minority adults are labeled as associated with criminal involvement, gangs, and drugs.”

Stereotypes often justify the lack of urgency in these disappearances to assume that these people did something to deserve it. Because of this, most cases of missing minorities are rarely solved.

Wilson recalls when, in 2009, families of the 11 Black women missing in Cleveland turned to law enforcement for help but were told that the women were on drugs or ran away. Their bodies were later found on the property of serial killer Anthony Sowell.

Valencia Harris, the mother of Unique Harris, who disappeared on Oct. 9, 2010, filed a missing person report within an hour of discovering that Unique was gone. But, her information wasn’t entered into the National Missing and Unidentified Persons System (NamUs) until four months after.

Massachusetts teen Jalajhia Finklea, who was part of the Mashpee Wampanoag Tribe, had been missing since October of last year. With little to no media coverage, her body was found in a field off an interstate in Florida last December.

Aaron Safrans, 12, and Cheriyah Dion, 8, were reported missing in South Sacramento on Aug. 23. The siblings, both Asian, are still missing.

Advocacy groups and organizations like the BAMF are joining in highlighting missing or endangered minorities. Protect Black Girls works on cases of exploitation and trafficking of Black Girls. The Charley Project publicizes cold, missing person cases across the country. And the documentary “Still Searching” will tell the stories of missing Black women and girls in Chicago through a series of art by the same name by Damon Lamar Reed. The documentary will premiere in the summer of 2023.