The U.S. Lagging on Infrastructure Compared to India 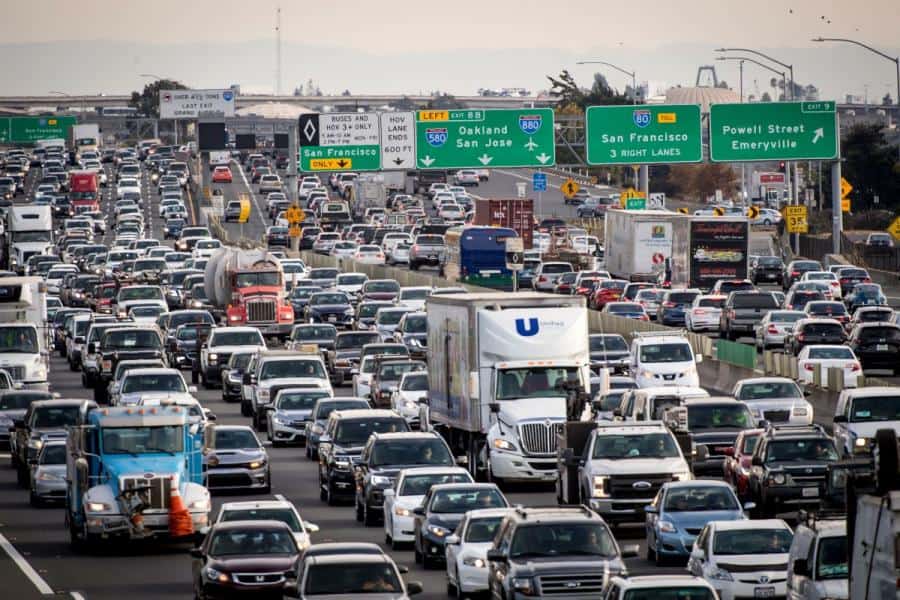 The United States continues to be ravaged by wildfires, catastrophic storms, and other natural events as each occurrence further impedes the country’s ability to effectively and proactively respond to each event.

In July, unprecedented flooding in the German town of Ahrweiler, which killed at least 220 people in Germany and neighboring Belgium, gave the world further evidence of the growing problem of climate change, especially as it relates to infrastructure.

For years, many analysts have been saying that the U.S. infrastructure network of roads, bridges, power grids, railways, airports, and shipping ports is in a bad state of repair. This is because most American infrastructure systems were designed in the 1960s, and the U.S. population has more than doubled since that time.

Delays caused by traffic congestion already cost the U.S. economy over $120 billion per year, according to the Council on Foreign Relations (CFR). And $35 billion a year is lost due to delays and avoided trips because of the poor state of many airports in the U.S.

An article by the CFR explained that economists generally view infrastructure as a “multiplier effect,” meaning any economic gains will be greater than the amount spent. The U.S. is a $20 trillion economy.
The American Society of Civil Engineers (ASCE) has been collecting report cards on the state of infrastructure in the U.S., and in their 2021 report gave the U.S. a “C-,” which was up from a “D+” in 2017.

President Joe Biden has presented congress his $2 trillion American Jobs Plan to address many of these issues as rising costs in maintenance continue to hold back better economic performance because of failing infrastructure.

Continued politicking in the nation’s capital has the bill tied up in a series of procedural votes and other political preferences from leaders on both sides of the aisle, as the self-imposed Sept. 27 deadline looms for the U.S. House of Representatives to take action on the bill.

While the future of America’s decaying infrastructure remains in the hands of politicians in Washington, D.C., another nation near China is acting with lightning speed on infrastructure development, exponentially more so than any plans or legislation currently underway in the U.S.

India expanding more rapidly on infrastructure than the U.S.

India is a complicated nation that has 22 official languages, with 10,000 different dialects of them. Yet despite their own diversity, the country seems to coalesce around one fundamental belief: Infrastructure is a key driver for the Indian economy.

Transportation is projected to attract a majority of infrastructure developments in India all the way until 2035, with India expected to become the world’s third-largest construction market by 2022, according to the India Brand Equity Foundation (IBEF).

It is also projected that India will require investments worth $777.73 billion by 2022 to produce sustained infrastructure development.

A staggering $32.2 billion was committed by the Indian government in the Union Budget 2021 for enhancing the country’s transportation network. In addition, in March 2021, India’s parliament passed a bill that sets up the National Bank for Financing Infrastructure and Development (NaBFID), which will help fund many of the infrastructure projects India intends to implement.

The Indian government has actively sought foreign investments for their massive infrastructure overhaul, which likely could be the largest in world history. As a result, India’s initial investment of $1.4 trillion is being made over the next three years for a country with a $3 trillion economy.

Beyond 2020, it is expected that India will be the world’s third-largest aviation market behind China and the United States.

With transportation becoming the greatest of needs for India’s thriving economy, $11 billion is estimated to be spent on the country’s Dedicated Freight Corridors (DFC), with most of the new DFC infrastructure either already in use, under construction, or in its planning phases. The projects began in the early 2010s in order for India to increase their freight carrying capacity in anticipation of the expected increase for the need in coming years.

It is expected that within the first 30 years of operation, the DFC will save more than 450 million tons of Co2, or carbon dioxide. But railways have only been a part of India’s hyperspeed growth. The US $16.20 billion is being allocated just for road transportation and the highway sector.

For a unique country like India, misunderstood by the rest of the world but experiencing record-speed development, it begs the question: What is it they are doing right, and why can the U.S. not follow their example?