American Workers Are Fighting Back With Strikes 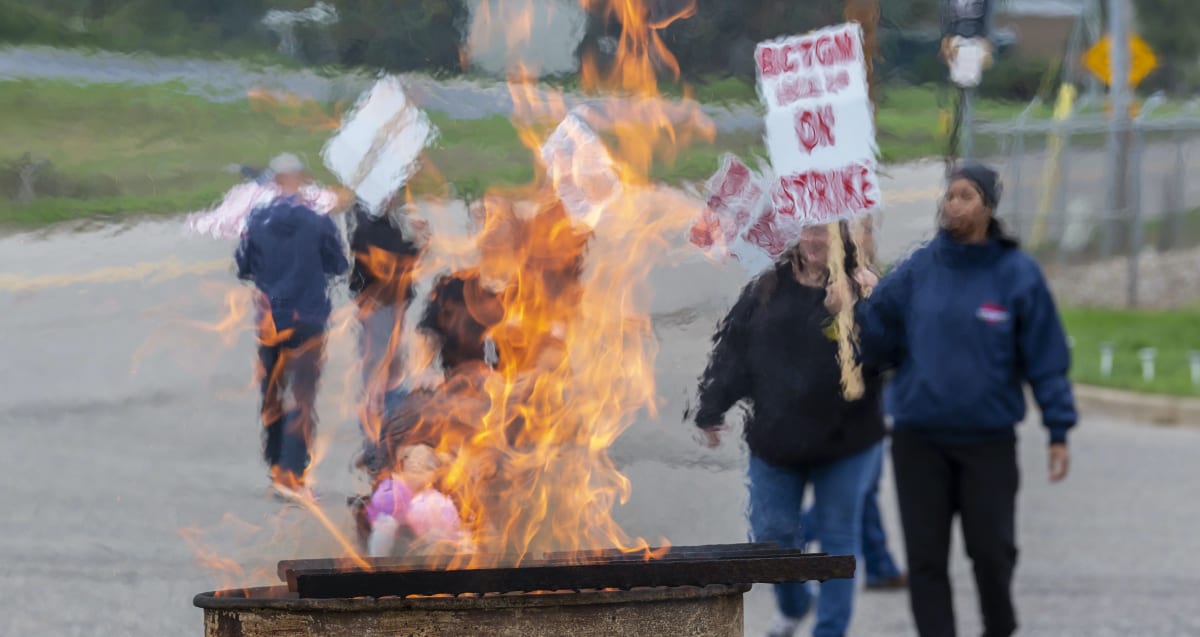 Thanks to the coronavirus pandemic, a growing number of American workers are fighting back with strikes to pressure corporations for better pay and working conditions after several years of accepting the statusquo.

From healthcare to manufacturing and the film industry to mining, a wide swath of Americans is threatening to or have already started their strikes. In the film industry, a large union representing 60,000 workers, including stage employees and technicians, reached an agreement several days ago to avoid a strike that would bring film and TV production to a halt.

The coronavirus pandemic has also significantly impacted the labor market, with many industries refraining from striking when the emergency was at its highest peak.

Rebecca Given, professor of labor studies at Rutgers University, told PBS, “many of them saw their employers bring in record profits, while they were putting their health, their lives on the line, often risking the health and lives of their families.”

The economic backdrop of the large strikes is rising income inequality and a pandemic economy in which many of the rich have increased their wealth massively.

Furthermore, the American economy faces a barrier to economic recovery due to global supply chain issues, which are beginning to be noticed in the United States. Increasing wait times at some of the busiest ports in California have become such a problem that President Biden announced the port of Los Angeles will operate 24/7.

This leads to other labor issues, a shortage of workers willing or qualified to work at ports or drive the containers to their destination. Like other American workers, truck drivers have been ringing the alarm about the deteriorating working conditions in their industry.

Like the hotly discussed worker shortage, low-paying jobs with poor working conditions similar to truck driving have struggled to hire and retain employees.

Many of the strikes across the country are workers attempting to take power into their own hands to realign the imbalance in the current economic order.

The working conditions in many industries have also been put under a microscope in the wake of the coronavirus pandemic. For example, health care workers and other “essential” jobs faced a much higher rate of coronavirus infection than those who could work from home.

Some of the current strikes have been ongoing for several weeks, with workers showing little interest in relenting from their position.

In Battle Creek, Michigan, a Kellogg’s safety technician said, “we’re not budging” when asked about the current strike situation.

Currently, about 1,400 union workers employed by Kellogg’s are striking for better pay and benefits after the company saw a gross profit increase of 35% in 2020. For many Kellogg’s workers, the crux of the issue is a two-tier system that gives a minority of employees better benefits and pays for doing the same work as other employees.

Kellogg’s is attempting to hire employees willing to cross the picket line.

John Deere, also faced with striking employees, turned to non-union workers to replace the UAW workers striking at the company. On the first day, a non-union salaried John Deere employee crashed a tractor inside one of its plants.

About 10,000 union workers walked off their job at John Deere across 14 facilities in Colorado, Georgia, Illinois, Iowa, and Kansas. Similar to Kellogg’s, John Deere has posted record profits in recent years, and UAW argues that workers’ pay has not kept up with this growth.

Strike While the Iron is Hot

Many labor unions recognize that now is the time to fight for better pay and working conditions since the labor market has tightened significantly.

“The whole nation’s going to be watching us,” a John Deere employee told Fox Business, “if we take a stand here for ourselves, our families, for basic human prosperity, it’s going to make a difference for the whole manufacturing industry. Let’s do it. Let’s not be intimidated.”

The labor shortage and low wages on offer for many jobs make the situation ripe for increased labor militancy or government intervention into the economic market.

Earlier in the year, the Senate rejected a $15-dollar minimum wage. Additionally, the Biden Administration has struggled to pass its hallmark legislation, a multi-trillion-dollar infrastructure spending package. While the Republicans continue to stand opposed to increased minimum wages, and the Democratic Party fails to rectify the quarrels within its own party, American workers have taken power into their own hands to tip the scales slightly in favor of the American worker.