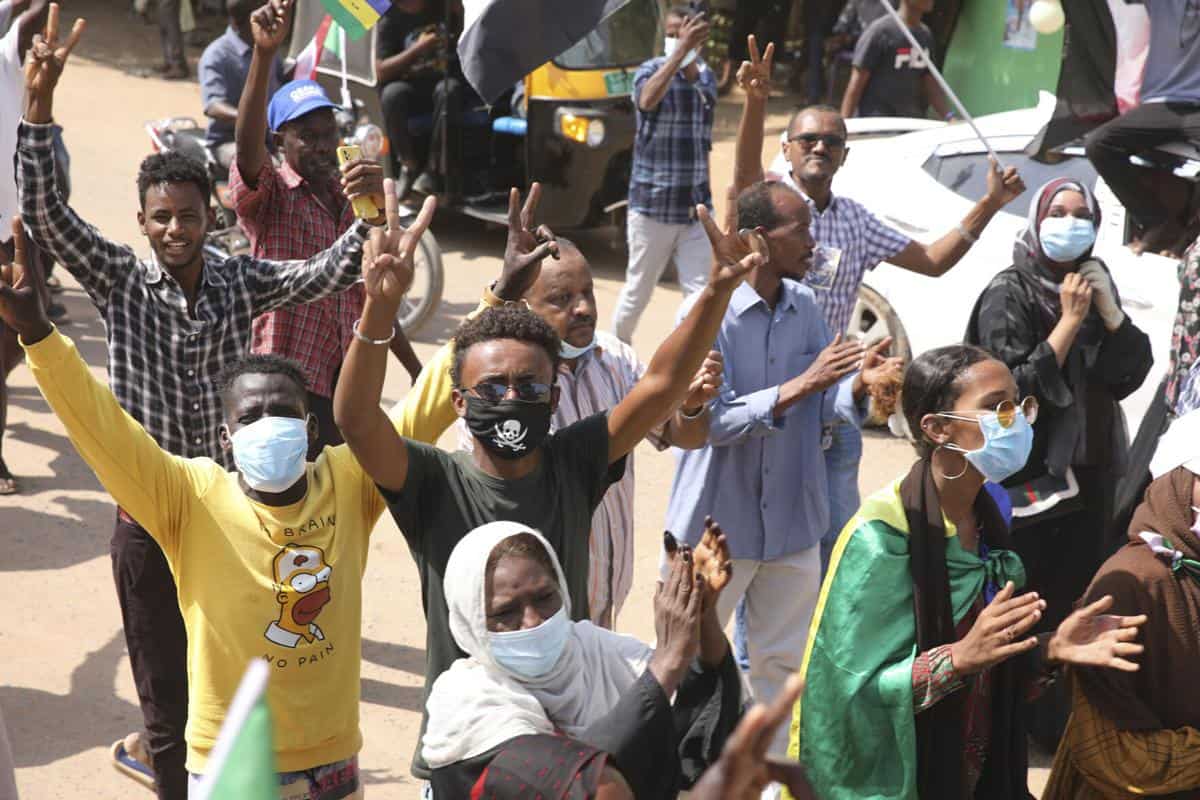 Protests continue to rage in Sudan after a military overtook the government on Monday. Bridges were closed, the internet was inaccessible, and phone calls were difficult to make on Monday when the takeover happened.

The coup came just a few weeks before Sudan’s top general, Abdel Fattah al-Burhan, was reported to cease control of the council to a civilian leader, an agreement made in July 2019.

A Troubled Relationship Between the Military and Civilians

Decades of tension between the military of Sudan and its civilians have boiled down to this moment. After a failed coup just last month, the military has successfully overthrown the government, dissolving the power-sharing Sovereign Council and the transitional government and detaining Prime Minister Abdalla Hamdok.

The ongoing crisis continues, following a 2019 coup that ended former President Omar al-Bashir’s three-decade-long rule. Bashir, who before becoming prime minister was a lieutenant general, led a coup in 1989 that ousted then Prime Minister Sadiq al-Mahdi. Once Bashir was ousted, Sudan’s military assumed control to oversee the transition of power, now known as the Transitional Military Council.

“It’s always been a very uncomfortable relationship between the military and the civilians, and the sort of theater of a partnership was something that was quite a necessity at the beginning,” managing director of Khartoum’s Insight Strategy Partners Kholood Khair told DW News.

“But in the past few months, ever since the prime minister put some pressure – some much-needed pressure – on the military reform and to give up some of its economic interests, we’ve seen a book of deterioration in the relationship,” Khair continued. “We had a failed coup on September 21, just a month ago, and the military, as well as some Islamists and members of the former Bashir regime, have helped orchestrate a sit-in at the presidential palace pushing for military rule. Of course, this was met by much larger groups calling for pro-democracy and for the cabin to remain – for the prime minister to remain – but that seems to be completely ignored by the military now.”

Following Bashir’s ousting in 2019, both the military and the council agreed to form a Sovereign Council that would govern “for the next three years or a little longer.” The agreement included the country’s leadership under the military council for the first 21 months. A civilian administration would then rule the council during the remaining 18 months.

The military council was just a few weeks away from relinquishing its control to a civilian leader. But Burhan, seemingly wanting to maintain control over the nation, led the recent military coup. He arrested Hamdok, although later clarified in a televised brief that Hamdok “was not kidnapped or attacked.”

The Prime Minister and his wife have since been allowed to return to their home.

Deadly clashes between the Sudanese army and civilians rapidly grow as continuous protests fill the streets of Khartoum, Sudan’s capital.

Thousands of protesters stormed the streets of the capital, some chanting: “We are walking holding worry in our hearts and worry sleeps in people’s chests.”

According to CNN, at least eight protestors have been killed and more than 140 injured since Monday.

Video footage on social media shows hundreds of grieving and angry people marching at a funeral for Mohamed Abdelsalam, a Sudanese man killed in violence during the coup earlier this week.

“The martyr Mohamed Abdelsalam was killed on the day of the (coup), that dark day,” a member of Kobar Resistance Committee Tamam Alaaqeb said. “We were a number of protesters on a bridge, and he was targeted by a sniper from al-Burhan’s forces. I accuse Burhan personally that he killed our brother and that he is continuing to destabilize the security of the Sudanese people.”

World leaders have criticized the coup, and some have even suspended aid to Sudan.

United Nations Secretary-General Antonio Guterres condemned the military coup in a tweet on Monday and demanded the release of Hamdok and other officials.

The United Kingdom said the coup was an “unacceptable betrayal of the Sudanese people,” while The European Union “strongly condemned” the actions and threatened consequences of the EU’s financial support for Sudan.

The United States National Security Advisor Jake Sullivan was questioned about Sudan’s military takeover during a press briefing on Tuesday, where he explained that the White House has remained in contact with Sudan leaders.

“We’ve been in close contact with regional leaders, including in the Gulf, to make sure that we’re closely coordinating and sending a clear message to the military in Sudan that they should, first and foremost, cease any violence against innocent civilians, that they should release those who have been detained, and they should get back on a democratic path,” Sullivan said. “We will continue to do that. We’ll stay closely coordinated and aligned with all of the stakeholders who we believe have influence in Khartoum.”

Sullivan said that the Biden Administration was “deeply alarmed” by Monday’s action, claiming that the coup “undermines the country’s transition to democratic civilian rule.”

After the US supported a $50 billion debt relief package for Sudan last year, the Biden Administration made it clear during the briefing that any attempt by the military to derail the country’s civilian-led transition to democracy will cease its relief assistance. However, the military has disregarded this threat. The White House has since paused $700 million in emergency assistance.

“We are pressing pause on significant aspects of our economic assistance to Sudan,” Sullivan said. “And we will look at the full range of economic tools available to us in coordination and consultation with regional actors and other key countries to make sure that we are trying to push the entire Sudanese political process back in a positive direction after this significant and alarming setback.”

World Bank has suspended all aid for Sudan, a setback that will greatly impact the country. In March, Sudan was granted $2 billion in relief funds from World Bank after nearly 30 years of deep crisis.

Burhan has since reportedly fired at least six ambassadors, including envoys to the US, the European Union, and France, after they criticized the military’s takeover. Sudanese ambassadors to China and the United Nations have also been fired.

Despite the pressure of the suspension of aid, coup leader Burhan said that a takeover was needed to avoid a “civil war” and that Sudan is still moving towards democracy and elections for 2023.