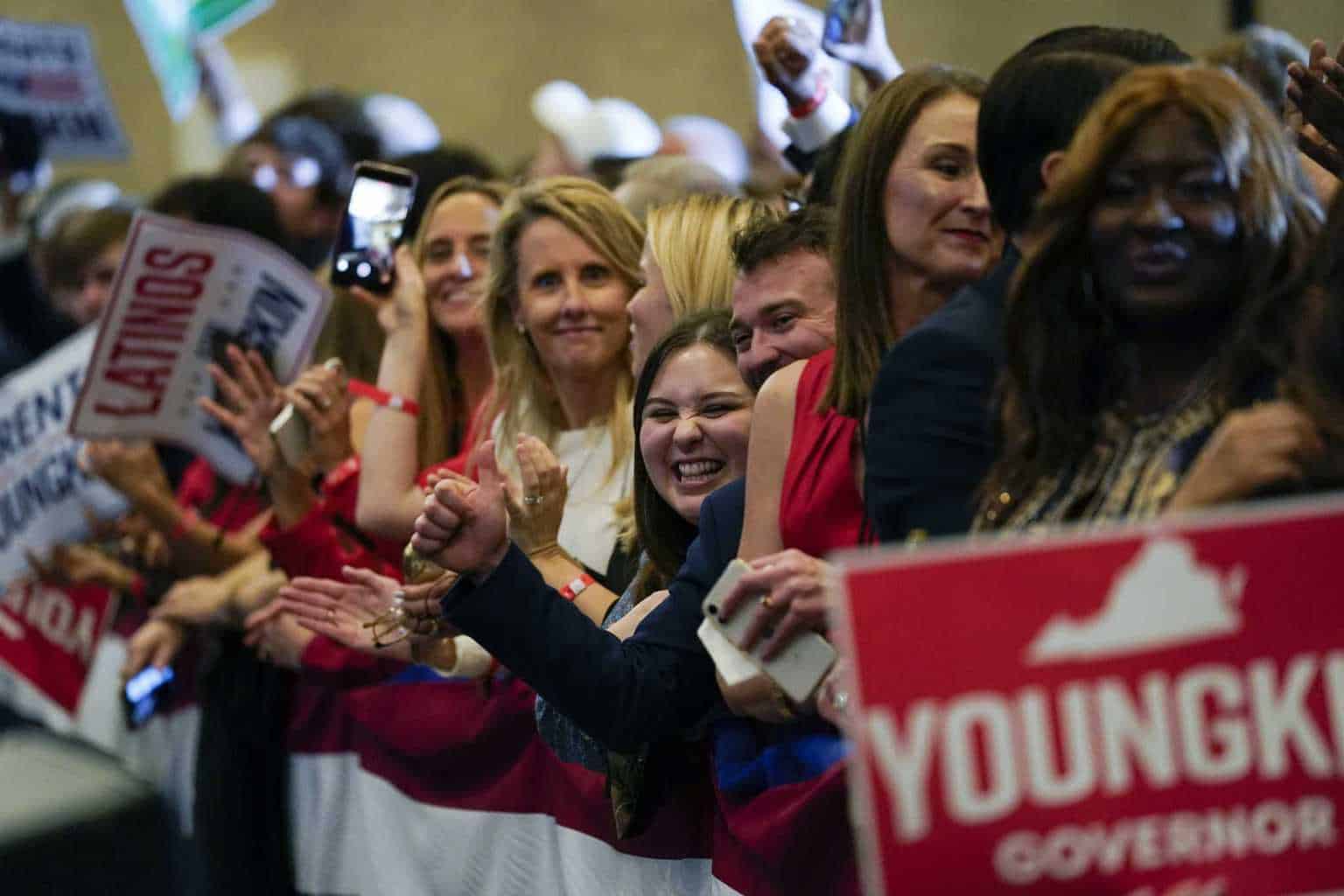 A sobering reality hit Democrats as Glenn Youngkin, a Republican, pulled off a surprise win in Virginia Governor’s race on Tuesday. Meanwhile, Democratic Gov. Phill Murphy crawled to the finish line to defeat Republican challenger Jack Ciattarelli. Ciattarelli was within a percentage point of the incumbent Phill Murphy and has not conceded.

Media outlets such as the New York Times and the Associated Press have posted election results, with Murphy winning 50.5 percent of votes and Ciattarelli trailing behind at 48.8 percent. Murphy, 64, was declared the winner late Wednesday evening. He is the first Democratic governor to win re-election in New Jersey in over four decades. No other democratic governor in the state has won a second straight term since Gov. Brendan Byrne in 1977.

Murphy took the stage at Asbury Park’s Grand Arcade convention hall after his pronounced win and stood before a podium with a sign that read “forward, forward, forward,” a slogan inspired by his “Stronger. Fairer. Forward” campaign. With a smile on his face, Murphy raised his arms in victory as the crowd chanted, “Four more years.”

Murphy and the COVID-19 Dilemma

Murphy’s win could significantly impact the state’s responses to the nation’s biggest issues, such as the continuing COVID-19 pandemic. With over 27,700 coronavirus deaths in the state alone, it is no wonder voters have expressed concern about continual government responses to the virus. In addition, concerns have considerably risen following Murphy’s issuance of a new executive order last month that would require children two and older in daycare centers to wear face coverings.

Ciattarelli had made it clear during his campaign that he was opposed to Murphy’s strict pandemic responses. He said that he is against mask mandates and the use of masks in school despite being vaccinated and preferring wearing a mask. He argued that people should be allowed to make their own choices.

Ciattarelli has criticized Murphy’s lockdown orders during his campaign, blaming Murphy for hurting small businesses and risking children’s education by keeping them out of school for too long.

“In a democracy, parents have the right to raise their children as they see fit,” Ciattarelli said at a Toms River Board of Education meeting back in August regarding the in-school mask mandate.

“The data’s pretty clear,” Ciattarelli said. “Masks inhibit learning, and as your letter mentions, masks adversely affect the quality of a child’s education. They can have an adverse effect on the intellectual and emotional development of the child.”

Murphy has since criticized Ciattarelli for “putting lives needlessly at risk.”

Following the nation’s strictest abortion ban in Texas, the conversation around abortion and women’s rights – topics that were not previously a problem – have since become a state concern.

The U.S. Supreme Court allowed the abortion ban after six weeks in Texas nearly two months ago. Mississippi is expected to follow suit in December in outlawing abortion after 15 weeks. The conservative-leaning Supreme Court’s power to potentially overturn Roe v. Wade can exacerbate the state’s position on abortion.

Murphy, however, has long supported the Reproductive Freedom Act, which would provide women access to abortion services and free contraceptives, and said he would sign the act after elections were completed.

Immediately after his first election win in January 2018, Murphy signed his first bill into law that restored $7.5 million to women’s health clinics that former Gov. Chris Christie cut during his time in office, a bill Ciattarelli had repeatedly voted against.

According to the New York Times, Youngkin meets victory despite many Republicans saying they still have no idea what he believes in. He managed to pull a large following of Trump supporters and Republicans who rejected Trump era rulings in the 2020 Presidential election.

“But they have cheered him on regardless, after he took a hard-right turn and began promoting the causes that are animating conservatives and supporters of the former president, from the debate over teaching the impact of racism to transgender rights in schools,” the New York Times reports.

Youngkin is the first Republican Governor of Virginia since 2009. His victory in Virginia and Ciattarelli’s strong performance in New Jersey, both blue states, has stirred fear in democrats in the probable winning of GOP in blue states as both Youngkin and Ciattarelli are considered bellwethers for the midterm and mayoral elections.

Murphy’s win has given Democrats a sigh of relief despite concerns of lower democratic votings potentially from upsets of President Joe Biden’s run so far. And New York City’s latest elected mayor Eric Adams, 61, has added a new reassurance.

According to the Associated Press, Adams, Brooklyn Borough President, and retired police captain won by a landslide on Tuesday’s mayoral elections. The New York native won 66.5 percent of the votes while his opponent Curtis Sliwa, a Republican, fell short at 28.8 percent.

“All of you have the power to fuel us,” Adams said during his victory speech at the New York Marriott at the Brooklyn Bridge. “We are so divided right now, and we’re missing the beauty of our diversity.”

Adams has held up a center-left democratic leadership promise in his campaign and promises this for voters of color, claiming that the campaign against Sliwa was “never about me.”

“This campaign was for those who have been betrayed by their government,” he said. “There is a covenant between government and the people of our City: you pay your taxes, we deliver your tax dollars through goods and services. We have failed to provide those goods and services — Jan. 1, that stops. That stops!”

Sliwa, the founder of the vigilante group Guardian Angels, had vast differences from Adams, who focused on public safety and minorities’ interest. Sliwa previously called Adams an elitist and ran a campaign on shock value rather than political positions. He showed up to the voting polls on Tuesday with his cat wrapped in a blanket in his arms. Both were, ultimately, turned away as he fought with election officials who asked him to remove his campaign jacket.

Sliwa conceded at the Empire Steak House in Midtown Manhattan after his loss, saying that he was “pledging my support to the new mayor Eric Adams.”