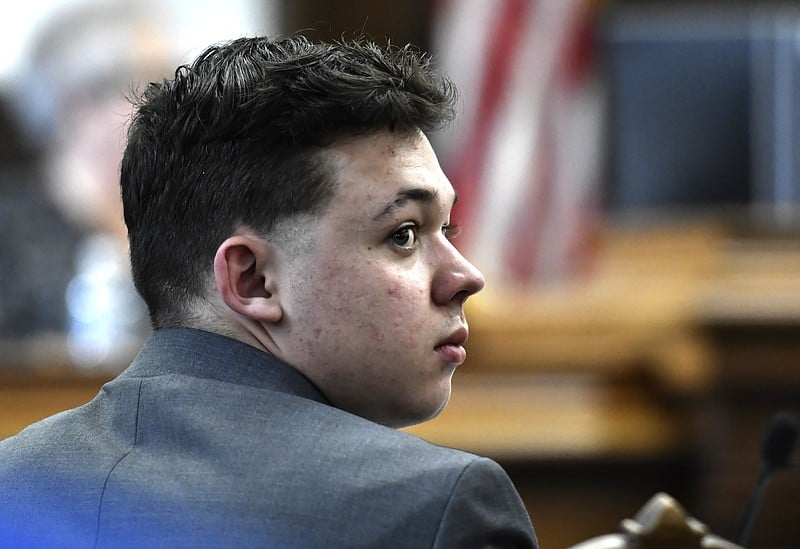 The trial of Kyle Rittenhouse, a then 17-year-old accused of shooting at three people and killing two at a Kenosha, Wisconsin Black Lives Matter protest, heated up Wednesday and resulted in the defense asking the judge for a mistrial.

Judge Bruce Schroeder has come under fire in the press for controversial decisions in the case, including not allowing the prosecution to zoom in on video evidence of the shooting. The defense argued Apple has “artificial intelligence” that is capable of using AI and logarithms to manipulate video footage.

On the seventh day of the trial, Judge Schroeder reprimanded lead prosecutor Thomas Binger for his line of questioning and attempting to admit evidence into the court that the judge had ruled was inadmissible in pre-trial hearings.

As a result of the heated discussion between the judge and prosecution, Rittenhouse’s defense team filed a motion to grant a mistrial with prejudice. If granted by the judge, the prosecution would not be allowed to refile charges against the teenager.

The judge did not make an immediate ruling on the motion to file a mistrial and allowed the day’s hearing to proceed. However, Judge Schroeder said he would take it “under advisement” based on the future behavior of the prosecution.

Missteps from the Prosecution

The lead prosecutor in the case, Thomas Binger, made two mistakes on Wednesday resulting in a verbal spat with the judge.

Binger first questioned Rittenhouse on his silence after he killed the two men in the presence of police. The judge interpreted this as questioning his right to remain silent in front of the jury.

“That’s basic law, it’s been the basic law in this country for 40 years, 50 years. I have no idea why you would do something like that,” Judge Schroeder said.

According to Milwaukee-area criminal defense attorney Julius Kim, this line of questioning is a no-go.

“You don’t comment about a defendant’s right to remain silent, especially not in front of a jury,” Kim told the Milwaukee Journal-Sentinel.

Secondly, the judge accused Binger of attempting to bring up video evidence that the judge ruled inadmissible in pre-trial hearings.

In a video two weeks before the shooting, Rittenhouse watched some men exit a pharmacy and commented that he wish he had his rifle so he could shoot them since he believed they were shoplifters. The prosecution attempted to submit this video as evidence in pre-trial hearings, but the judge ruled it was inadmissible.

The Future of the Trial

While the future of the trial seems in limbo after the motion for mistrial, the judge has not ruled on it, and he seemed content to allow the case to proceed.

However, it became a large topic of discussion for those following the case, one that deeply divides the nation.

On social media, many hoping for a conviction for Rittenhouse have commented that the trial should be declared a mistrial and a new judge appointed.

Former Chicago Sun-Times editor Mark Jacob said, “the Rittenhouse judge is out of control, yelling at the prosecutor. A mistrial should be declared, and a new judge should be appointed.”

The judge’s political connections have come under the microscope in the widely-publicized case, and his ringtone, “God Bless the USA”, comically went off as the defense team asked for a mistrial. The song by Lee Greenwood was extensively used at Trump rallies.

Other than the call for a mistrial, several other details have added to the high-strung nature of the public response to the case.

Last week, a juror in the case was dismissed after he made an inappropriate joke about the Jacob Blake police shooting to a deputy who was escorting them to his car. The shooting of Blake, a Black man, spurred the protests in Kenosha during which Rittenhouse killed two people.

What stole headlines most on Wednesday was Rittenhouse taking the stand for testimony and cross-examination.

Rittenhouse broke down crying when recounting how he killed the two men, and he said “I didn’t do anything wrong. I defended myself.”

Multiple camera angles are available as evidence as multiple live streams caught the shooting on camera. Rittenhouse left the scene of the shooting still armed with his hand occasionally on his weapon while he passed Kenosha police.