The Infamy of a Cult Leader; A Comparison between Jim Jones and Donald Trump 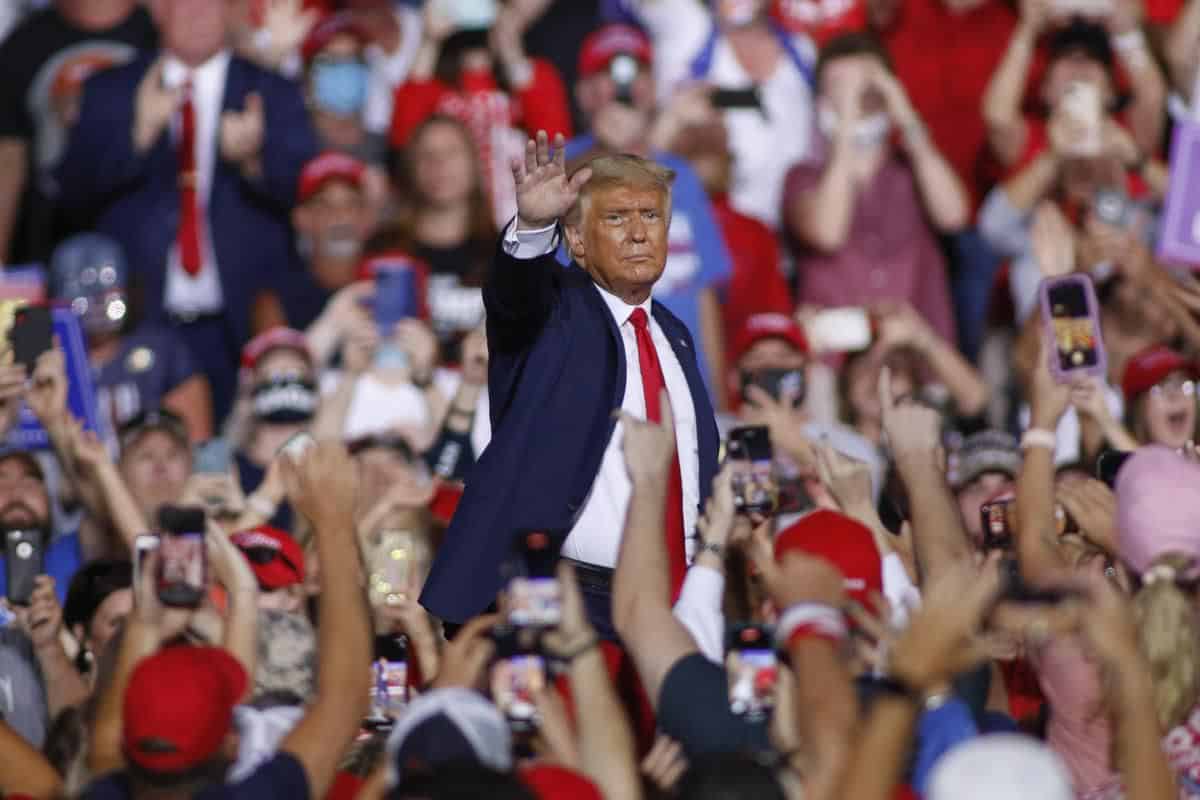 The term “cult” has most recently been loosely used to describe former President Donald Trump’s mass following. From names like Trump supporters, Trumpism, Trumpers, or even Cult of Trump have all described the immense dedication for Donald Trump. But the word “cult” carries a history of brutal manipulation and false leadership that oftentimes lead to the demise of many of its members. So for the past five or so years, the long-lived question is – is Trump, a modern cult leader?

If we mention the notoriety of cult leaders like Charles Manson and Marshall Applewhite, their ideologies may not compare to Trump, despite the similarities in the power of manipulation. Manson led a cult based in California called the Manson Family, with members who committed nine murders between July and August of 1969. Applewhite founded a cult religious group called Heaven’s Gate and organized a mass suicide of 39 people in 1997.

Who Was Jim Jones?

Similarly, one of the most infamous cult leaders was Jim Jones, who Trump has been heavily compared to.

A biopic of Jim Jones was recently announced, with Leonardo DiCaprio in talks to play the notorious Jonestown mass murderer. The depiction of Jones has created a discussion on Twitter, some pointing out the irony in the timing of the film’s announcement. In August, Democratic Congresswoman Jackie Speier compared former president Donald Trump to Jones during an interview with CNN.

James “Jim” Jones was a Christian cult leader who founded and led the People’s Temple, a religious organization in Indianapolis, between 1955 and 1978. He is responsible for the deaths of over 900 people in Jonestown, Guyana, who he convinced to “drink the Kool-aid,” or Flavor-aid poisoned with cyanide. He later committed suicide. It is one of the largest mass murder suicides in history.

A Parallel of Charisma in Jones and Trump

In August, Congresswoman Jackie Speier spoke with CNN about the comparison between Trump and Jones. Speier is a survivor of the 1987 Jonestown Massacre who was shot five times by members of the Peoples Temple while accompanying a lawmaker to investigate the cult.

“There’s no question that you can compare Jim Jones as a charismatic leader who would bring his congregation together and force them to do things that were illegal,” Speier said. “…You look at Donald Trump, a charismatic leader who was able to continue to talk in terms that appealed to those who are disaffected, disillusioned, and who were looking for something much like those who became part of Jim Jones’ congregation, the Peoples Temple. They were lost souls, and the only difference between Jim Jones and Donald Trump is the fact that we all have social media.”

Speier refers to Trump’s rampant tweets that spread false information about the 2020 Presidential elections, propelling his encouragement of the Jan. 6 Capitol riots. She calls both Trump and Jones “merchants of deceit,” saying that they both manipulated people into not thinking independently by selling them false narratives.

“How can you not recognize that that was an illegal act that you were asked by this charismatic leader to go do something that was going to be destructive, and you went and did it anyway,” she said of the riots. “…A Trump voter who came out on Jan. 6, who believed the big lie, who then attacked the capital, who were looking to assassinate the vice president and the speaker of the house, they are members of a cult. They have embraced Donald Trump, and they will do anything he wants, even if it’s wrong, illegal, and harmful to themselves.

Speier also called her Republican colleagues of congress cult followers who will say anything that Trump wants to hear because they are “paralyzed to speak the truth.”

“They may not know they’re in a cult, but in fact, if they cannot think independently anymore if they cannot look at the truth and speak the truth, they are, I think, exhibiting cult-like behavior,” Speier told CNN.

Jone’s son, Stephan Jones, has also pointed out the similarities between his father and Trump. He spoke with Susie Meister from media.com back in 2018 and explained that the parallels between the two were “ridiculous,” and Trump, like his father, is a narcissist with manipulation tactics.

“My dad would meet someone, quickly read what you feared most and what you wanted most, and convince you that he was the one to save you from one and give you the other,” Stephan said.

As Covid took thousands of lives a day in the country and many feared for their lives, Trump downplayed the severity of the virus. He controversially discouraged the use of masks and irresponsibly suggested the injection of bleach to kill the virus in the body. But, in late August, he came out in support of the vaccine at an Alabama rally.

“I recommend to take the vaccines. I did it. It’s good,” Trump said before a crowd that immediately switched from chanting to booing him.

“That’s alright. You got your freedoms,” he responded to the crowd. “But, I happen to take the vaccine. If it doesn’t work, you’ll be the first to know. I’ll call up Alabama and say, ‘Hey, you know what?’ but it is working. But, you do have your freedoms.”

Many argue that it may be too late for Trump to tell his supporters to take the vaccine, a controversial stance that should have been encouraged during his final months in office. Instead, he continued to spew false information on Twitter and mock those who disagreed with him.

The House of Committee will investigate the Capitol attack on Friday. Trump has repeatedly asked the appeals court to stop the release of his White House records that led to the attacks as he appeals a lower court’s decision to claim executive privilege to keep them secret. His appeal has since been rejected.